3,000 goldfish removed from dam in Australia

I caught this interesting report on how goldfish more than likely disposed of illegally in a dammed stretch of water on Wilyabrup Brook in Western Australia,had been caught by stunning electrically.
The numbers where stagering at 3,000 all at the expense of the local wildlife :-

These fish were classed as feral , what happened to them at the end of this exersize it doesnt say but koi are banned in all but two states in Australia any found are destroyed and all imports are banned..
Knowing one or two people who keep goldfish in Australia I'd say thi may well have them worried .
This only goes to show the damage an intoduced non native specis can do to an area , all because people are too damn lazy in looking for new owners for their fish.

Speaking of invasive species look what was found swimming in the waters of Florida :-

Wow! That is crazy!

We are currently fighting the fight against lionfish down here.

I know in some cities here they ban fish .I read on the internet that some parts of California .People buy them and then don't want the work or the money it costs to keep them .Sad to say but some of the young people today are lazy and stupid .I really give credit to some of the young people that are bringing back farming and also to the ones doing urban farming .I hated the story the other day about pot growers bragging about making over 3 million dollars in Colorado .One comment from some one said our farmers are rich who grow our food ,what an ignorant comment .They think children who are having smoke from pot blown in there face and video's of children smoking pot are cool .Children are also dieing because parents are high .We are one sad world when our children have to pay for the sins of parents who prefer to get high rather than love the miracle they brought into this world .Some people should not own pets and should not have children .

Priscilla said:
Wow! That is crazy!

We are currently fighting the fight against lionfish down here.
Click to expand...

Big problem in the Gulf of Mexico. Florida currently pays a bounty for every Lionfish caught.


A nature trail I often visit is dealing with similar problems. I follow a guy that blogs his volunteer work at the nature trail and he occasionally mentions part of the spring-fed river used to be a goldfish farm. They're still removing beams and other materials found in the river bed from it. The area also used to be dammed up for a trout pond. The trout pond was removed in the early 90's to return the river to its natural state, but they've still got a lot of work to do to fix what's broken. They finally got the river to run its natural course again but after 20+ years, the ground is still wet from the old pond and now cattails and invasives are largely the only thing that grows around there.

Here's a photo I believe was taken sometime in the 80's, when it was still a trout pond. 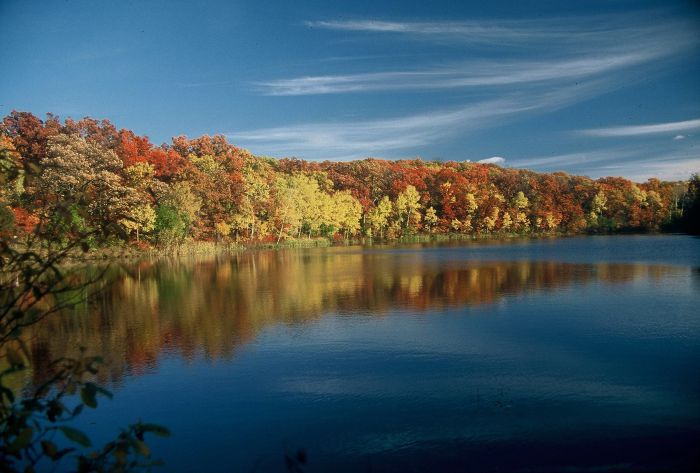 Here's the same spot in the early 90's when it was drained. 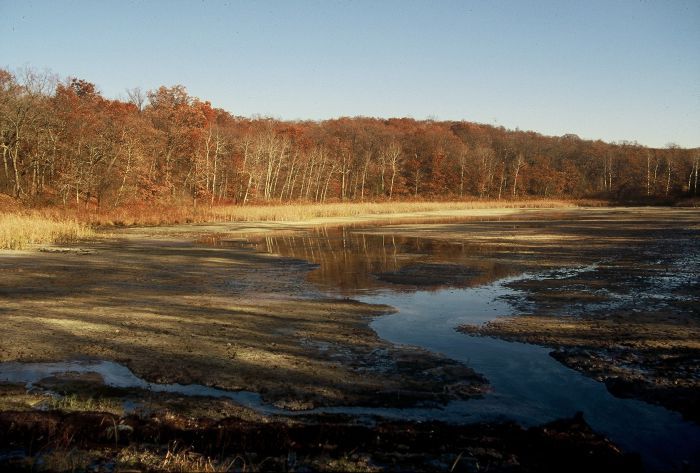 and here's a photo I took just a couple years ago showing the cattails (and in the distance phragmites), which have filled in the entire area. 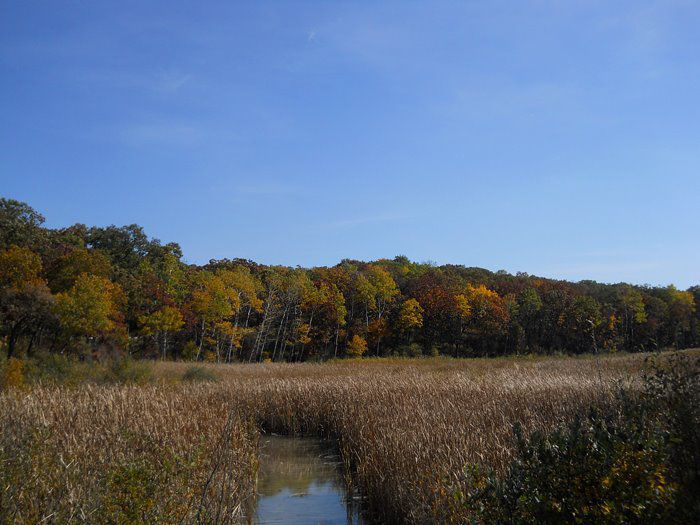 No one has found any photos of the goldfish farm, which was just downstream from here, and just past an old hotel and mill site. Actually, the trail has had a ton of history in terms of human development, and all areas are in the process of being fixed, largely thanks to volunteers.

This past summer, I noticed a little more plant variety starting to appear, which is a great sign, and they also began working on the river's path where the goldfish farm was. 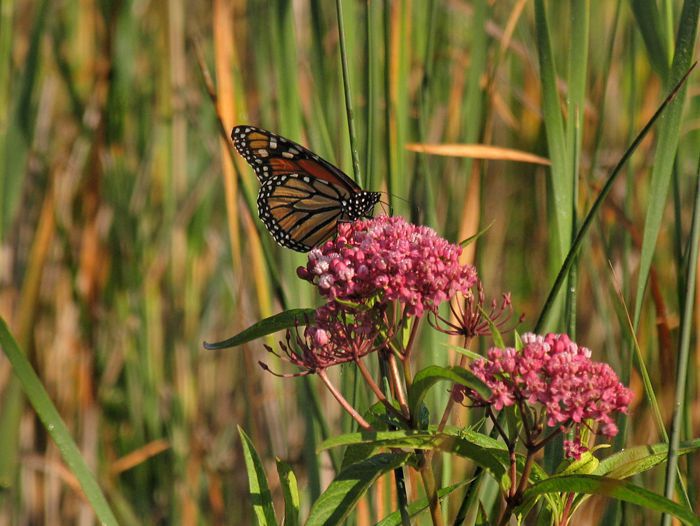 Poor goldfish but can't leave them out there to destroy the native species of other fish and the frogs etc. I doubt if they are still alive. They prolly checked them for the parasites and then destroyed them.
Lucky little Tang fish, he got good home!

@JBtheExplorer that trout pond was so pretty w/ the backdrop of all your variety of fall colored trees. Guess they wanted it to go back to natural w/all those cattails if that is the natural for there.
Ad

j.w said:
@JBtheExplorerGuess they wanted it to go back to natural w/all those cattails if that is the natural for there.
Click to expand...

The cattails are a nasty side effect caused by the wet ground. Eventually they will hopefully be eliminated.

I'm embarrassed to admit, I released three pond fish into a local stream when I first started ponding. I mentioned it casually to my Dad, who was quite a fisherman in his day, and he admonished me. I honestly didn't know any better and would never dream of doing it now!
Ad

We have problems with both red eared sliders and snapping turtles here in the UK nowadays after the Nija Turtle phase playing havoc with ponds and local wildlife , the American Crayfish is threatening the existance of the British one.
We have a 2,000 strong flock of green parrots flying aroumd Londons Parks reportedly released in the 60's by non other than Jimi Hendrix himself , the American Grey Squirel has Desimated the Uk's red squirel population and there are only a few areas in the UK where they still thrive.
The Japanese knot weed is a major poblem in the South West at the moment , the Animal Liberation front released mink into the enviroment and wild boar both caused havok with wildllife in different ways one was enviromental damage through the boars search for food , the other was the damage done to other species both released by a bunch of well meaning animal rights idiots that caused more damage than good simply because they didnt know that neither are indiginous to the UK. Duh even Mr H Simpson of Springfield has more brains that this bunch.
I could go on we have scorpions living in the walls of South Hampton docks , chinese mitten crabs are becoming a major headache destroying the banks of rivers with their need to burrow.
We have Zanders living in our waterways and Pirana have been found near the discarge water pipe outlet at a power station, all are either introduced species or accidental release and the worst of all the misguided delibrate release by un-careing ALF or people to which the creatures they in their charge, have either become bored with, or didnt want the hassle of work wise and because basically they werent prepared for the animals size life span etc (we see it alott on our National and local news nowadays" and in far more numbers than a decade ago".!!!!) .
Sadly we have to live with the outcome
So sad