Wondering what everyone thinks of my first attempt at a pond, and some questions. 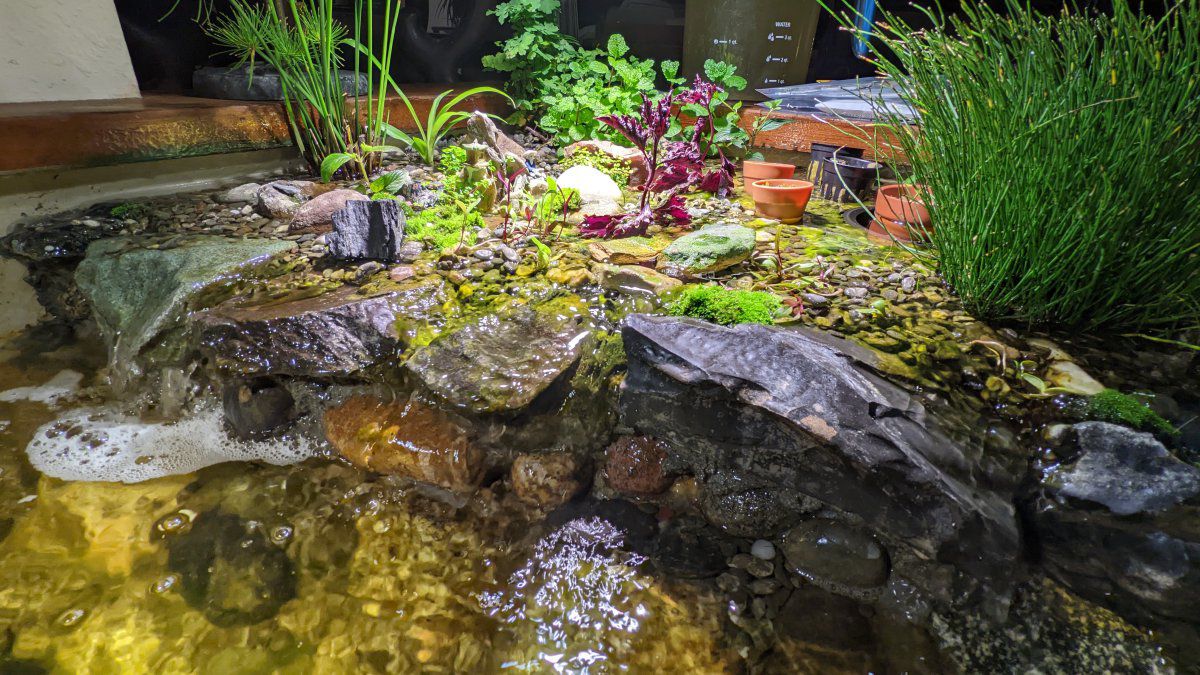 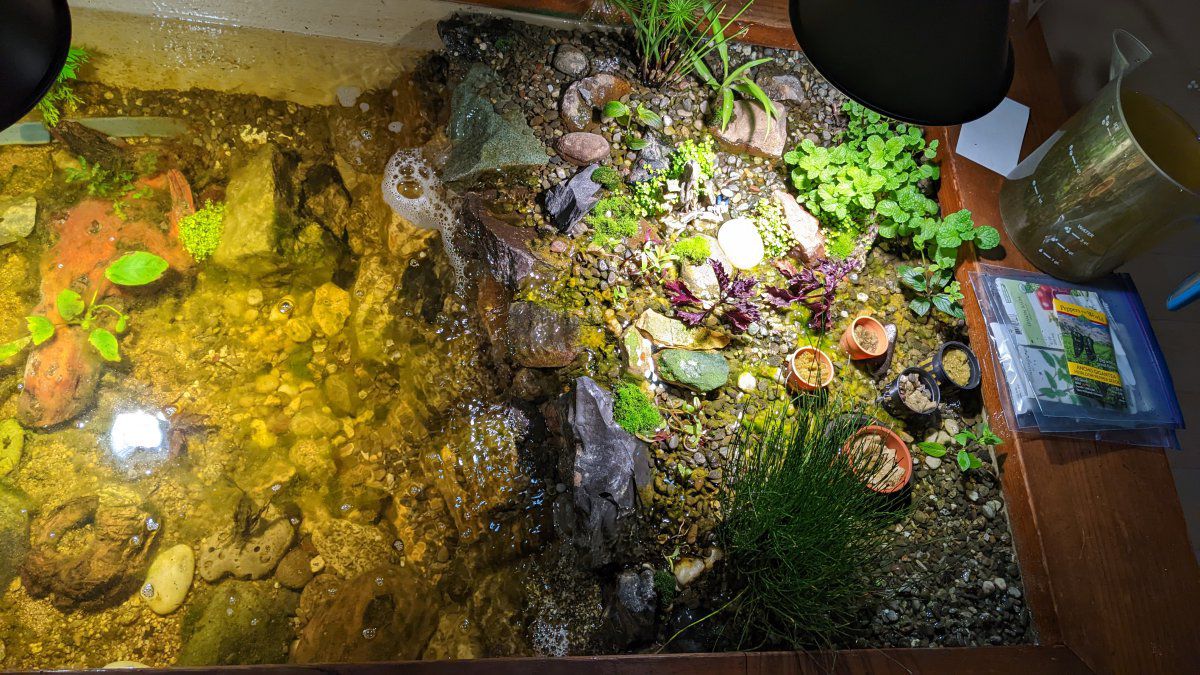 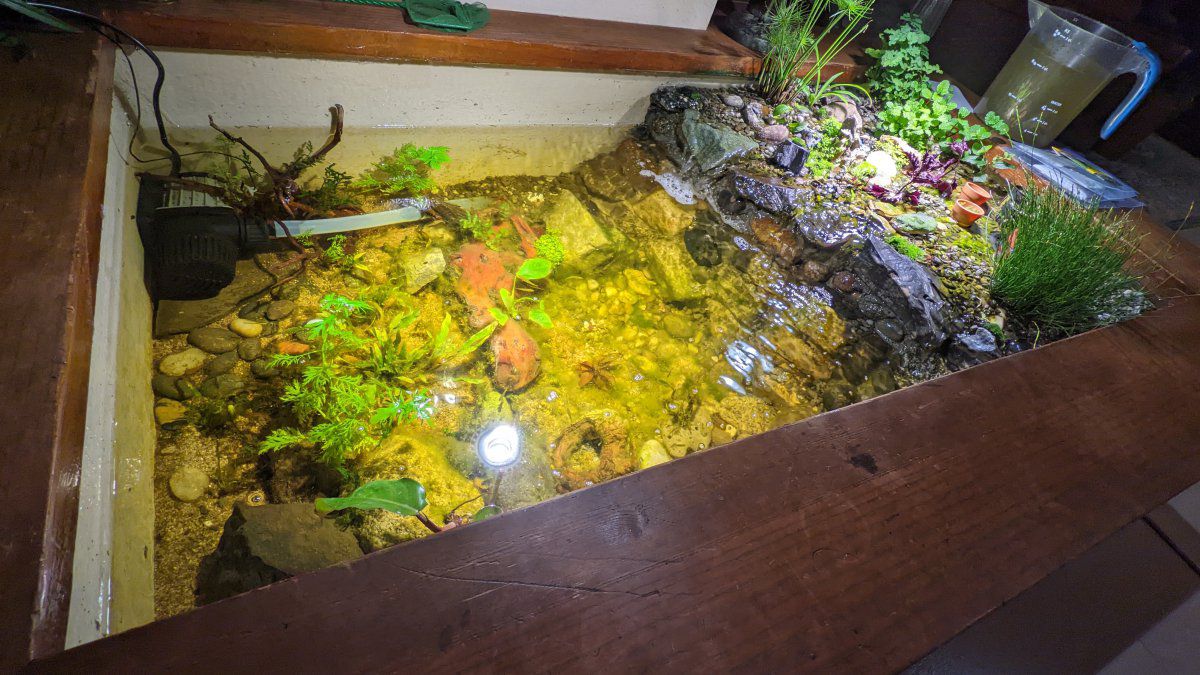 For equipment, there are two 32W GE PAR38 grow lights and a Jebao pump rated at 1585GPH (but turned to the lowest setting). The bog does the bulk of the biofiltration, but I have some aquarium sponge over the intake for mechanical. Unheated, and staying around 68-71 degrees f. Other than some tannins from driftwood, the water has been clear.
The design was partially inspired by a river that flows nearby, hence the pump and waterfall/riffle.

This is stocked with about 2 dozen threespine stickleback (<=1in long, and skinny) I saved from a drying puddle, and 3 Sacramento Perch fry I was given.
Ammonia, Nitrite, and Nitrate have been consistently zero, but the very hard and alkaline well water brings the pH to 8.2. The stickleback seem to be doing great, they're very active and remind me of a litter of dogs when being fed. As for the Sac perch fry, they have remained hidden for the most part, but I do see them occasionally so they aren't dead so far. From what I was told, they are pretty cryptic ambush predators so this might not be unusual. I haven't seen them take any of the kinds of dry food I've offered, but from looking at samples under a microscope, there are plenty of nematodes, rotifers, and other microfauna; I think this is what they're eating.
And before anyone asks, I plan to put the perch into an outdoor pond before they get too big.

As for plants, there are all sorts.
The bog has mint, basil, salad greens, maidenhair fern, dwarf papyrus, dwarf horsetail, babytears and moss. Everything seems to be doing well, but the mint and babytears are especially happy. I also had some monstera cuttings in here previously, but I removed them because they were growing too quickly and blocking light for all the other plants.
In the water, I have java moss, Micranthemum tweediei, water wisteria, watersprite, Bolbitis difformis, Helanthium Vesuvius, Cryptocoryne lutea, Helanthium Vesuvius, Anubia, and emersed philodendron, and a dwarf lily. I took a 'throw stuff at the wwall and see what sticks' approach for the plants.
The water wisteria, watersprite, and dwarf lily are growing vigorously, but the rest seem to be just holding on, probably at least in part because I've moved them around more than I should.
I also have plenty of algae, mostly diatoms and filamentous. I hope as I add more plants and let the existing ones grow the algae will be outcompeted.

I was looking at other possibly suitable and interesting fish, and the Hillstream Loach (Sewellia lineolata) came up, so I was thinking about getting a small group and possibly removing some of the stickleback. My main concern is the high alkalinity, but the cooler temps, high flow, and abundant algae seem like a good match for them.

Please, tell me what you all think.
Ad

Very nice! The city water in my area runs around pH 8 and we used to sell hill stream loaches in the store I worked at, not sure what species they were though. Very cool fish, as I recall, they did fine in our store tanks, never had them myself at home.

According to this article, the native waters of their cousins in Borneo and Taiwan have a higher pH than you might expect, no specific data for Sewellia though: 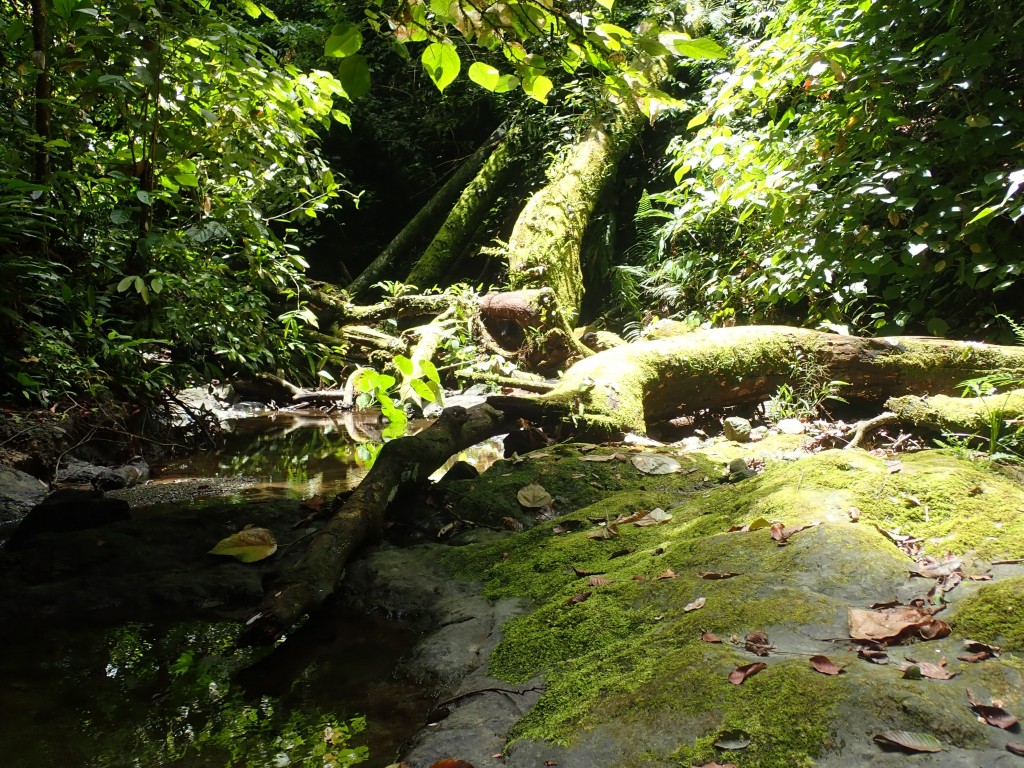 This notes pH up to 7.5 http://biotope-aquarium.info/aquari...-river-thua-thien-hue-province-vietnam-180-l/

I would try it myself, most fish adapt to a stable pH, even if not their natural ideal.

Very nice, and great job with the design. Even though your water numbers look good for now, I would use caution about adding any more fish. If this is truly 50 gallons, you are pushing the number of fish it can safely hold, without compromising water quality.

Looks very fun and you did a nice job on it!
Ad