ATTENTION SMART POND PEOPLE. The following is a message from a stupid one when it comes to leaks

First off I want to thank @addy1 and @Lisak1 and everyone else who has tried to help this knuckle dragging moron (ok I channeled my wife there a bit when I really get her mad),

I was SURE I had a liner leak. Sooooooo sure. And now, not so much.

I have been trying to track down a leak for months now. It was killing our water bill with the auto filler and I thought I had checked everything and a few months ago I just gave up and surrendered to the idea I would never be able to run my skimmer again because the water level dropped far too fast for me to risk running it or the water bill getting out of control with the auto filler.

I've been running only the bottom drain for a while now to keep the water circulating but that changed a few weeks ago.
My Aqua 4000 bead filter began to leak from the bottom at the "plug" and it was leaking from the key handle assembly at the top a bit (or so I thought) so I had to turn off my bottom drain and wait for parts. They came about 10 days later. I replaced both and then figured out I had a clog in the line because the basket would only take the priming water I fed it.

I then noticed algae was starting to take hold so thinking it was an algae clog I threw in some of my anti algae stuff in the water which killed the algae but without filtration tuned the water into milky pea soup. And the clog wasn't clearing.

So even though I was sure I had a leak in the liner I filled it up to the skimmer just to get that pump going because I do have another massive filter on it and I thought until I could figure out why the bottom drain wasn't working I could at least get some filtration going.

Even I noticed something was different. I was going to wait until this weekend to jump into the pond and try to clear the bottom drain but because that is not fun I still went out every day this week when I got home and tried priming the pump hoping it would finally push through whatever crap had built up that was blocking it. Today I went out, took off the top to basket and noticed the water level was much higher in there then it has been when I've been constantly priming it. So I filled it up a bit more and tried it out. This time the pump began to suck the water consistently. I was happy but cautious since I have been disappointed before so I've been watching it for the past 4 hours and it hasn't gone down!!! I've got both pumps firing away to clean up this pea soup and hopefully will be clear by tomorrow.

The only thing I can think of at this point was that the key handle assembly on the bead filter was leaking far more than I thought and was draining down the back of the unit where I couldn't see it and IT has been the culprit all these months later.


I want to thank everyone again who has put up with at least 3 or 4 threads that I've posted on this issue but I really think (and hope) that I finally FINALLY found the leak. Course the fish just looked up while I celebrated tonight and said "Cool Story Bro, got any food?"


The key handle assembly looks like this for those who don't know. 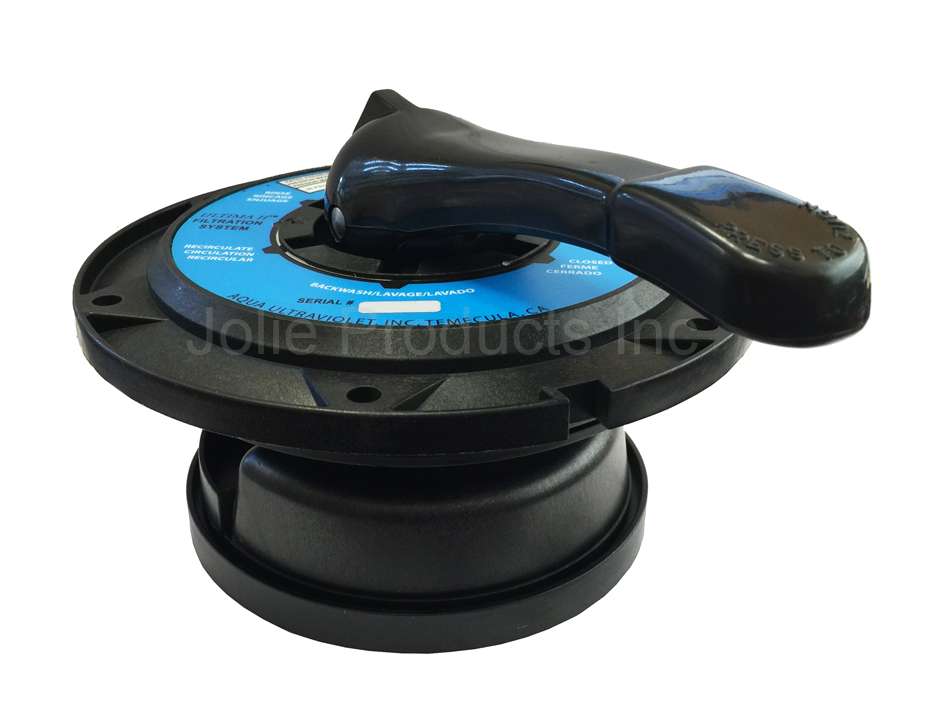 YEAH! At least you found it.

I never think liner first, it is always a deer walking on a liner edge, a plant, leaves in the stream for me.

Congrats on solving the mystery @texmaster , I'm sure you're super glad that is behind you and you can enjoy your pond(s) again.

Got some images. This was last night before I got everything working again.

Its not there yet but its close!

Glad you solved your mystery leak.I only had one true leak when something chewed a hole in a fold of the liner in the stream during the winter. The stream has 2 little waterfalls and it was chewed under the flat spill stone. Took me a week to find the hole. All of the other water loss usually ends up being plants that send roots over the edge into the pond.
Ad

I'm so glad you found the problem @texmaster . Hopefully you can sit and enjoy your pond now.

Glad you solved, now enjoy it

I know it sounds corney but just to go outside and not see the water level down is just fantastic.
Ad

That's great! And that's a nice looking pond! Grab the beverage of your choice for you and your wife and just relax and enjoy!