i know nothing about photography and dont have a camera (i borrow the daughters phone for mine)so what do you recommend for taking pictures
i believe it has to be a dslr or some thing like that and for close ups a macro lense
so what s a resonable priced digital camera for such a thing without the jargon cause i dont know mms from mms and my xs from my xs
shutter speeds and the rest
because theres lovely pictures on here and i would love to get some basics in if anyone could help
also something to zoom in
Last edited: Apr 17, 2019
Ad

Get a small point and shoot. Cannon, Sony etc, they have zoom capability , wide angle, auto everything.

I was hoping RobAmy would chime in on this topic too. Here is my opinion: If you use a point and shoot, make sure it has a fully manual shooting mode. Manual meaning, complete control over aperture, shutter, ISO and focus. Some point and shoots are only automatic and greatly suffer from 'shutter lag' making it virtually impossible to capture a clear image of moving objects. Also, it is really tough to get a shot with a camera that only an autofocus setting. Autofocus is slow and often scares the fish. They can sense the autofocus. I teach underwater photography and cringe if a student shows up with a point and shoot that can not be fully manipulated. Personally, I would first go to DSLR tutorial sites and learn the jargon. Even better, many communities have introduction to DSLR classes. Enroll in the class and buy a nice, used DSLR to get the process down. Then you can spend a small fortune like the rest of us on all sorts of expensive camera toys!

I have a kodak easy share 160 and it was 39 dollars that my son bought me and it does video's with easy share on you tube .I have had it since 2009 and it has been used well and hard .Even left it out in the rain .I put it in a closed container of rice to save it and it still works .Easy for tech non savvy people to use .My phone is smarter than me

doobry said:
so what do you recommend for taking pictures
Click to expand...

It really depends what you want. There are so many options out there.


For years, I used a Canon SX160 IS. It has a 16x zoom, which was a big jump from the 4x zoom I had previously. Quality overall is pretty good. Chromatic aberration was a frequent annoyance for someone like me who looks at the small details, but photoshop helped fix those kind of issues. The images are also grainy before being touched up. A bigger flaw is that the screen is very reflective and hard to see, so keep that in mind. It almost works better as a mirror than a screen. My dad has the same camera and hates it because of that. I'd still recommend it for those getting into photography. Here's a few photos I've taken with the SX160.

Last autumn, I was given a Canon SX40 HS. The quality is better. I rarely have issues with chromatic aberration and the photos come out great without any edits, although I still ultimately sharpen them and adjust saturation to my liking. It has a 35x zoom, which has been awesome to work with. I spent much of last autumn photographing hummingbirds, because I had never had a camera that allowed me to do that before. It also has various features that I really like having. Here's a few photos I took with the SX40.

Between the two cameras I own, I'd obviously recommend the SX40 HS. I enjoyed the SX160 IS, and I still use it as my video camera, but the SX40 HS has been awesome to use for photography. It's a little more expensive than the SX160 IS, but both are old now, so you can find them at a great price. Neither are the top-of-the-line, either, but they do everything I need them to. You may also look into the SX70 HS, which is the newest version.
Last edited: Apr 17, 2019
Ad

doobry said:
what do you recommend for taking pictures
Click to expand...

As @JBtheExplorer says, more information will be really helpful. What is it you want to take photos of? Koi in a pond or insects on flowers or running children?

I'm the proud owner of two complete camera systems, one for land, one for scuba diving, but I'd never suggest either is suitable to all or most people.

EricV said:
I'd never suggest either is suitable to all or most people.
Click to expand...

That's a good point. It really depends on an individual's needs. Different people are better with different cameras, and different cameras are better for different circumstances. Though I think @doobry really just wants something that's good for a beginner and yields solid results in a number of situations.

Absolutely. I think my parents have something similar to your SX40 and they really like it. Those small sensor cameras can be amazing in that you can have a single zoom lens which can do wide angle, super telephoto ("zoomed way in" in common parlance) AND macro all at once. Their only drawbacks are focusing speed and low light

As already mentioned it depends on what you want to do. Some great info already. There are some great point and shoots. I use all high end Pro DSLR gear, but I use them for the weather sealing, ruggedness of the body and lenses (most people do not need what we use). Speed of the lens is a factor for wildlife which is my main focus for photography, so we have very high end glass. So depending on how and what you shoot, there are many great cameras (even cell phones for that matter). I use all Canon gear. However I think the Nikon D500 and the 200-500mm lens is close to the best wildlife setup for the cost and quality it you want to even go that high end. Like Eric said focusing speed and low light use are the factors that will determine how much you want to spend or need to spend. Another really nice set up also is the Canon 5d Mark IV and the Canon 100-400mm lens (the newer version) but again a pricey setup for just starting out.

I think you would be best to come up with a budget and then start the search.

I think one of the most frustrating points about trying to capture fish or anything within a pond is the reflection off the water. So, let the experts guide you on which filters to use to combat this dilemma.
Ad

poconojoe said:
I think one of the most frustrating points about trying to capture fish or anything within a pond is the reflection off the water. So, let the experts guide you on which filters to use to combat this dilemma.
Click to expand...

Polarizing filters can be used to reduce glare reflections off of water.

Bear in mind, whatever camera you try, how are you going to feel when you drop it in the pond....

reason my son bought this camera is that he knows how rough i can be with a camera .I carry it in my purse and it has been abused and amazed it keeps on working .I can't count the times I have dropped it .I am not in any means a pro ,even with this easy shoot camera ,I forget to turn the knob to close up or far away like in this pic ,they are taking the trees off the mountain here .But it is hazy here so that could be some of it and this is over 30 miles or more away from my house .So not bad .I took it from the front porch of my shed . 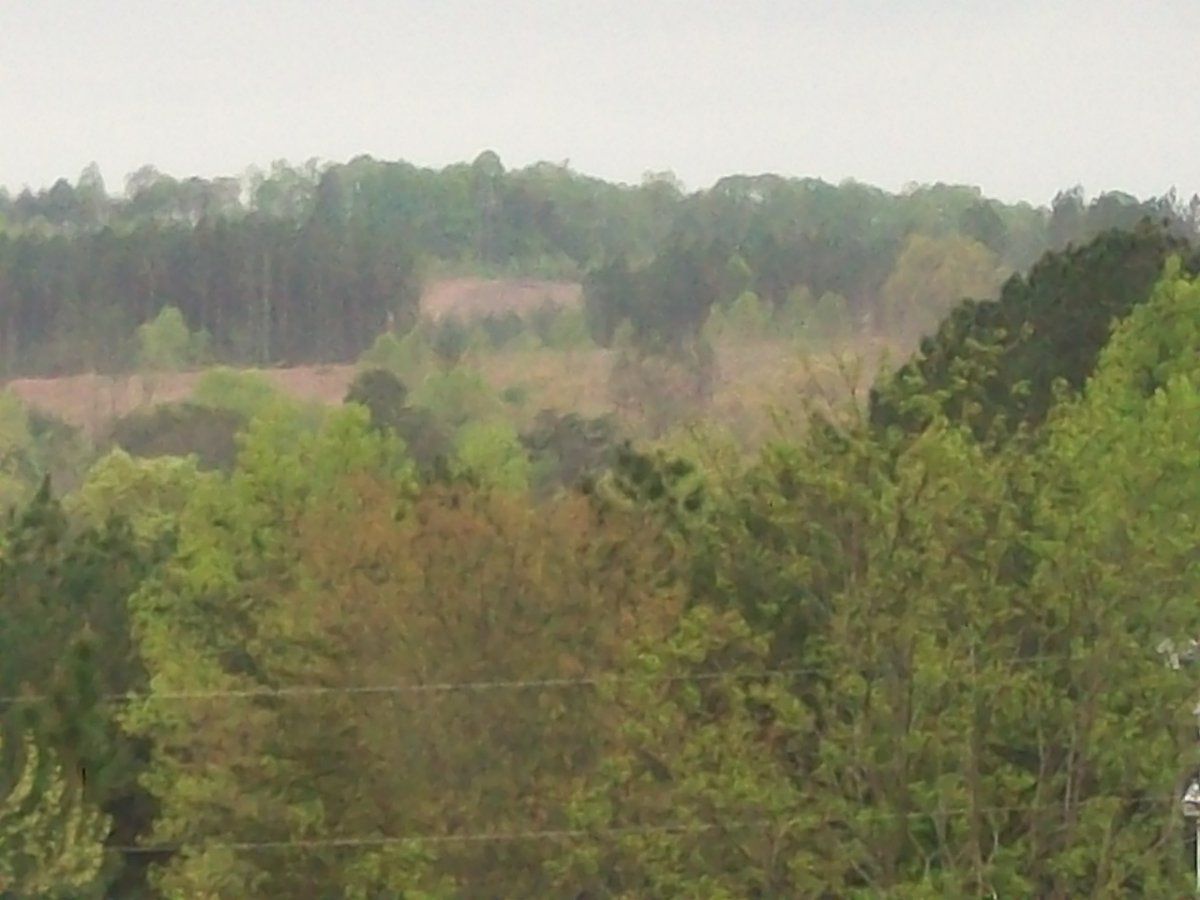