What are these little larvae attached to the weir? About 1/4"-3/8" long. I brush them off every few days, I assume they are a good snack for the goldies. 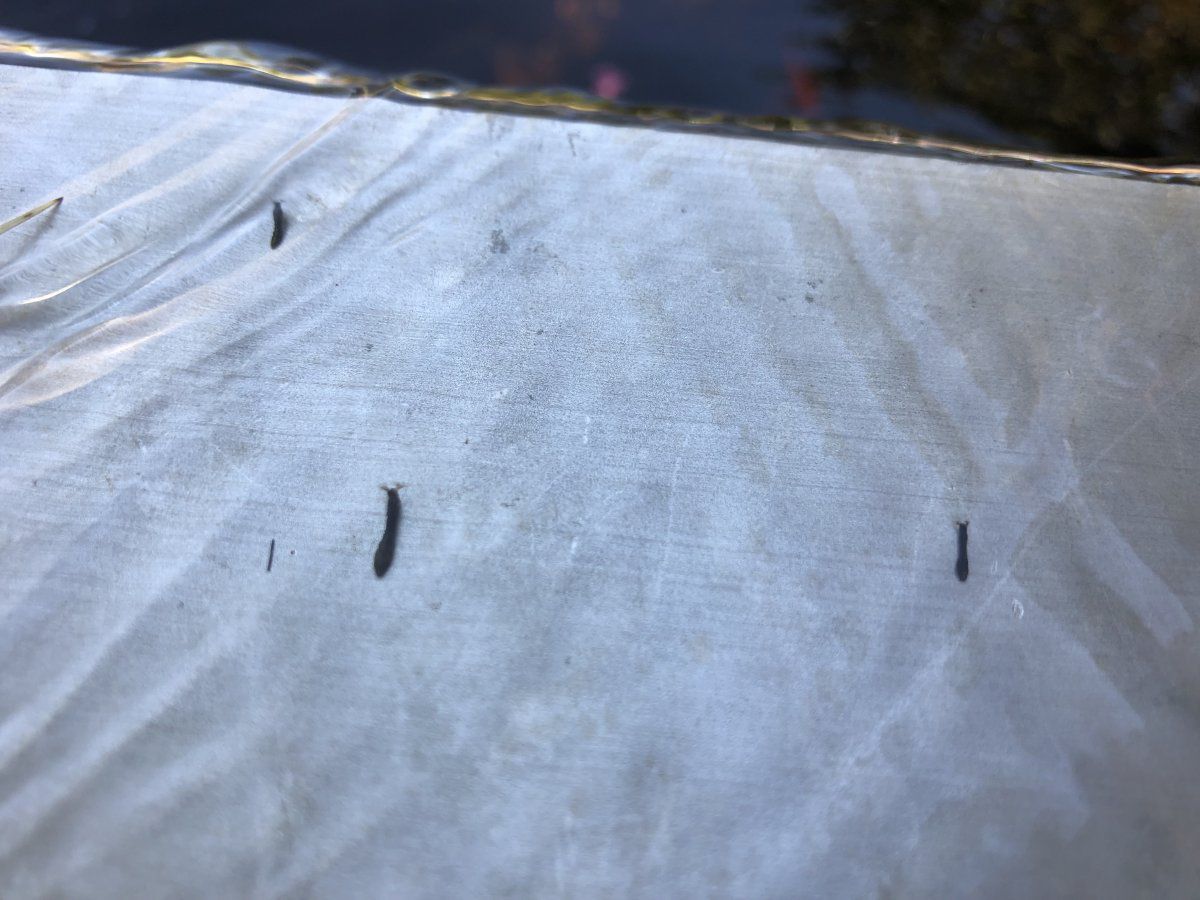 Almost done with the deck, ran out of wood and my van is in the shop. SO I guess I have to relax this weekend! 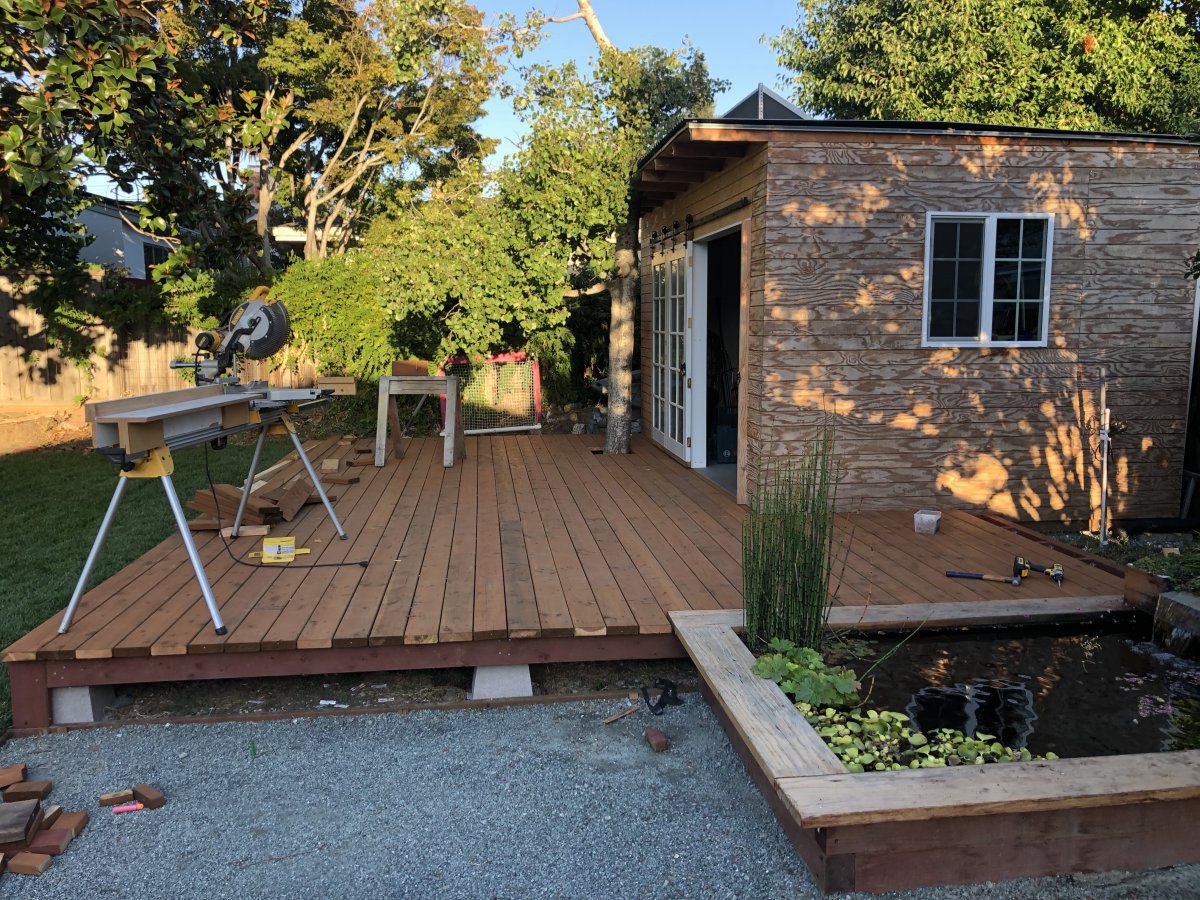 That is looking really nice.

Not sure at all what those weird looking slug things w/strange antenna's are but your deck area is looking wonderful!

After a little research I believe they are black fly larvae, which is no good because apparently they bite. Can’t say I’ve ever been bitten by anything other than a mosquito in my neighborhood. I wonder if they will be washed into the pond where the fish can eat them, or if they can escape the fast moving water when they emerge as an adult?

I’ll just keep sweeping them off the weir.

I think the fish will eat them up as nice tasty treats!
Ad

I did a little work on the pond plumbing.

I needed to put the skimmer back in because our big crepe myrtle will be shedding its leaves soon. Problem was, it was catching fish too, 3000 gph was too much. So I split the intake between a 24” long perforated 2” pipe and the skimmer. It has a very small draw now.

I also wanted to be able to control the bog flow, so I put a tee on the pump output and a ball valve that can release some pressure and create a current that will push debris toward the skimmer.

I bought a bunch of these 1-1/2” gray plastic barb fittings from the hardware store, it’s really frustrating that they don’t fit the 1-1/2” ID flex hose that’s made for ponds! I can force the fitting in about 3/8” but that’s not enough to keep it from slipping out. The 1-1/4” fittings are of course too small. GRRR.

Have you tried heating the hose up by running under hot water or other heat source? Works for some types by softening or expanding it enough to slip over the fitting. I have never tried it on hose that large before though.

JRS said:
Have you tried heating the hose up by running under hot water or other heat source? Works for some types by softening or expanding it enough to slip over the fitting. I have never tried it on hose that large before though.
Click to expand...

Good tip, I hit it with the heat gun and it did help a little.

Deck is DONE, it's connected to the pond so I figure it's relevant to the forum, right? I think it's pretty snazzy if I do say so myself.

The deck is really my outdoor workshop, machines can roll out from the adjacent shed.

Oh, and I think my bog is plugged up, if I divert the full flow through it the water will overflow. This probably means that the water doesn't flow through the gravel but rather over the top. The crepe myrtle dropped a lot of flowers so I think those got sucked up. I am going to pull everything out and make more holes in the diffuser pipes, maybe give the gravel a rinse. 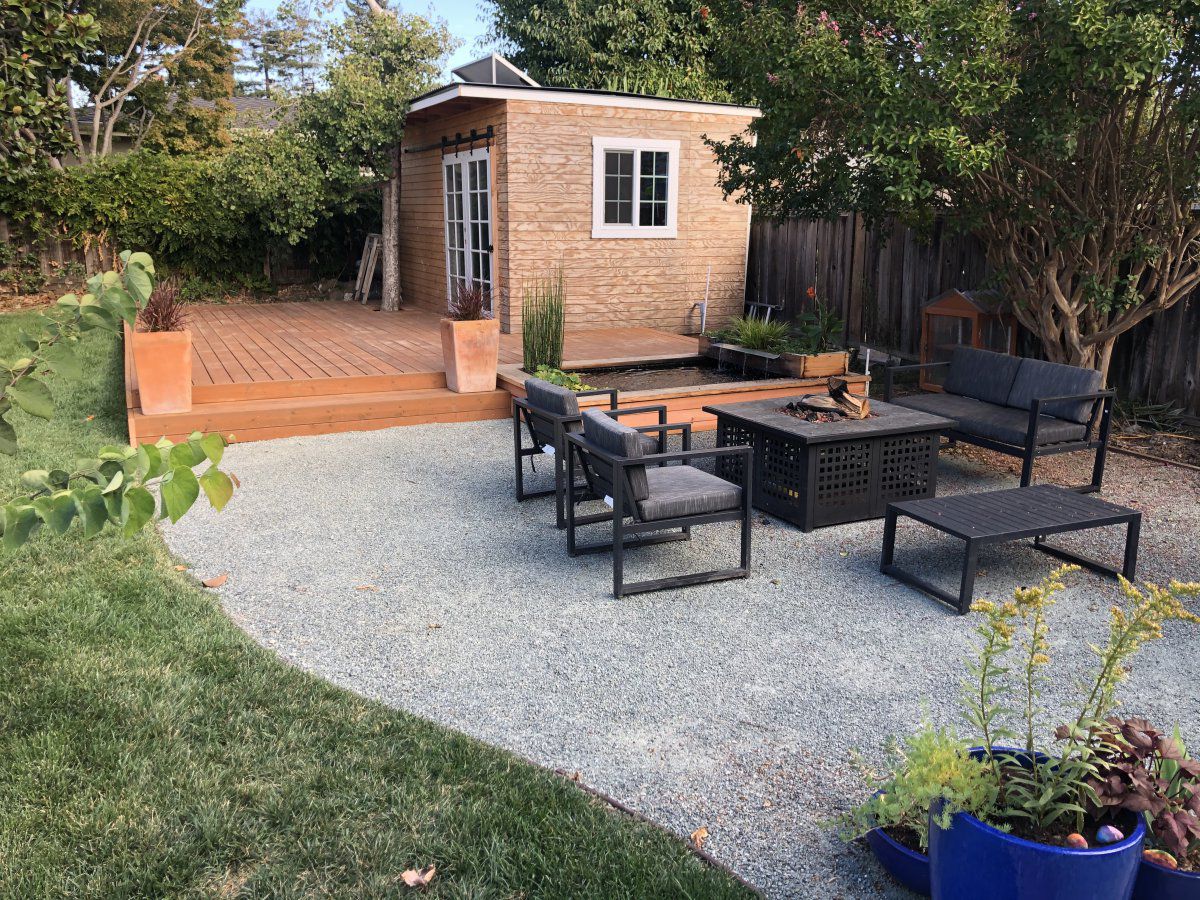 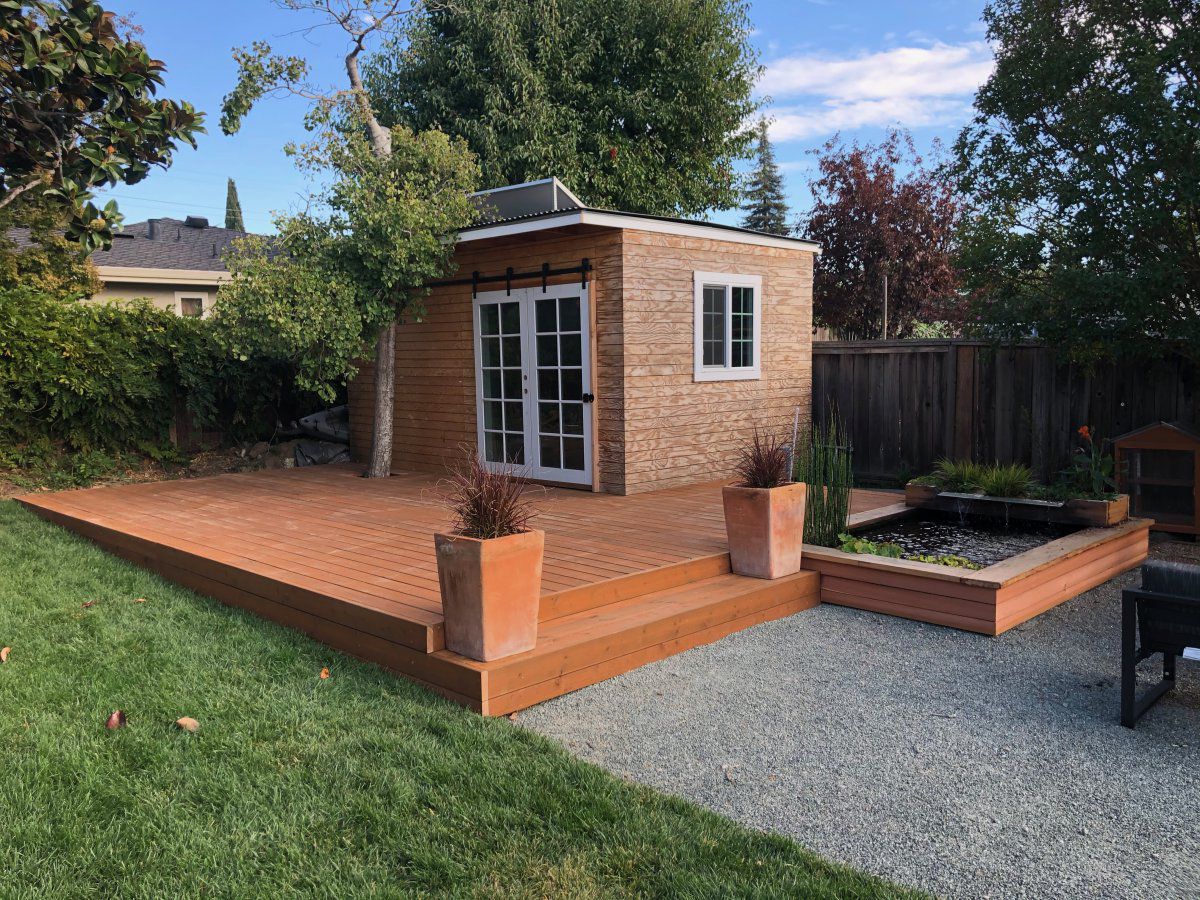 That is a beautiful deck! Great job!
Ad

The bog was indeed clogged. It got to where I couldn’t run the water at more than 25% without it bubbling over the top. In retrospect I should have built the bog much deeper but the proportions wouldn’t have looked quite right to my eyes.

There was about 1” of thick, heavy sludge on the bottom, some of which was probably sediment from gravel and potting soil/clay. Roots of creeping jenny had formed a solid mass in one corner about 10” square. Removed all plants and gravel and did the following to remedy:

-replaced bog liner (I had trimmed it too small on first install so water leaked over the top)
-rinsed gravel
-cut more grooves in diffuser pipe to reduce points of high pressure that might lead to channeling
-removed a lot of creeping jenny...yikes that stuff is prolific

dustboy said:
removed a lot of creeping jenny...yikes that stuff is prolific
Click to expand...

lol my bog was over run with water mint. I let it really go this time of year since the bees love the nectar from the flowers in the fall.

The bog has been running well for a few weeks now. I have adjusted my pump timer to shut off for 30 mins a few times during the night, partly to save a little electricity, and partly to allow some water to backflow into the pond (~2" water remains at bottom of bog at all times). The plants dried out too much when I had the pump shut off overnight.

I'm thinking the periodic backflow might keep solids from getting too tightly packed in the gravel, and help discourage roots from clogging the pipe outlets. Just a theory.

I just let mine run all summer, 24/7 then off from sometime in Nov until sometime in March. The bog stays full of water ow I would lose all the plants. 9 years now and no issues so far lol

Here at GPF we’ve documented heron, raccoon and other predator attacks on our fish. I have one more to add, which is the unsupervised child.

I came home Sunday evening to our superbowl party in progress, and our friend’s small boys had done quite a number on my pond. They threw everything they could lift into the water, including bricks, balls, loose lumber, gravel, rocks, sticks and leaves. The skimmer was knocked over, so the open inlet probably sucked up the majority of my 25 goldfish. I have only seen two, and I’m hoping the rest are just hibernating under the rocks.

The kids must have been at it for some time, I guess I should be grateful that nobody drowned. The 4-year-old is known to leave a path of destruction and the 3-year-old just followed along. I had to bite my tongue to not yell at their parents who must have been “off duty” for about 30 minutes.

I was hoping to have some amusing video to show for it, but my backyard camera was mysteriously covered by a curtain during the entire event....
Ad

How awful for you and the fish. Hope you find your fish.

Wow. Just..... wow. I'm fairly certain I would not have had the restraint to bite my tongue, had I been in your situation. I am so sorry.

I have been known to tell parents what the heck control your kid! We have never had kids mess with the ponds.

Hope you find some of your fish.
Ad

I would never go w/o letting the parents know what happened and I would hope the parents would offer to help clean it up and pay for any losses. If not, next party at their house and I bring big dog's that love to dig lol!
You must log in or register to reply here.