I have a natural pond that I dug 2 yrs ago.its loaded with frogs,turtles and a few snakes.i have had a hundred or more frogs every day sitting on the edges of the pond until about a week ago now they seemed to have all disapeared? Any ideas on what happened to them?
Ad

Snakes! Mine are gone because of hawks.

I have snakes and frogs, the hawks do love to snack on the frogs. And the fox eats them. I have seen the hawks snatching them up, poor things legs dangling. Right now we still have a good load of frogs even with two snakes hunting them.

@Dan ct.
Maybe they left when the snakes got hungry!

Could be dozens of reasons. Predators, left for bigger ponds, or they are just hiding. I don’t have “hundreds” of frogs but mine will “disappear“ for days at a time and then pop back up.

seandelevan said:
Could be dozens of reasons. Predators, left for bigger ponds, or they are just hiding. I don’t have “hundreds” of frogs but mine will “disappear“ for days at a time and then pop back up.
Click to expand...

I see the most in the spring and they slowly become less, next spring have them everywhere again. Can still hear them calling out there.

Are you saying it's a frog eat frog world?

Breeding season is probably over for them. Different frogs have different time tables, but many overlap. I know frogs in my pond quieted down a bunch over past couple weeks but were non-stop calls in early June that you could hear over a hundred feet away with ease.

Green frog started up about 2-3 weeks ago and was croaking everyday for a week roughly, from dead center of pond on Lilly pads, then dead silence. After careful observation, I could see his wife dropped a bunch of eggs in the middle of a gap between the pads for him, right where he had been calling. He's still around but rarely croaks now unless challenged (if I mimic him and he'll start up) although he had a stare off with a gray tree frog earlier (gray tree frog actually called out, then swam out from his rock to investigate after hearing me mimic him; he'd actually reposition his entire body around after hearing me, trying to locate the invader of his territory, then my large Green frog which was about 2' away, started his long "ruuuup....ruuuup" and turned to face the Gray Frog, which was funny as they were literally having a stare off. Was expecting an actual fight as the little Gray Frog wouldn't shut up and kept at it. Also had at least one female green frog with him tonight.

Mountain Chorus, Gray Tree Frog, Wood Frog, Cope's Gray frog, Spring Peeper, etc., all mated in my pond already and what was probably 1k tadpoles has dwindled down to maybe a hundred. But Gray Tree Frog is still calling at times. Also, noticed about 5 Wood Frogs around the shore earlier in the evening which is uncommon, but virtually no frogs yesterday. Went out about 10 days ago late in the night and 2 different male wood frogs were on top of 2 different females which was cool to see, but not something you'd find going in broad daylight most likely.

Anyhow, just because you aren't actively seeing them in the day, doesn't mean they aren't around. Try going out at night with your phone (or a camera) and turn it's light on. Put in video mode but don't record. Instead, look at your camera's screen and slowly pan your pond. You'll see their eyes easier this way and can see where they are actually hiding. I can't see the smaller frog eyes from just the light even thought it's very bright, but they show up great on the screen. Was really surprised as there's been upwards of 15 -20 frogs in the rocks and grass that you'd never know were there as none were calling out.
C

I have two 100 gallon preform ponds. Every year the dozen of frogs dwindles to just one or two, and I suspect that the Black racer snakes are the culprits, as I saw one catch a frog last year. But this year suddenly all my Green and Leopard frogs vanished, and I don't think it was the snakes, as twice I saw a huge Bullfrog sitting by the pond, once at dusk, once at dawn. Last week I noticed it on the edge of one pond, and I snuck out there with a net. Bullfrog was gone when I got there but I saw the water ripples. After draining my pond I found the sucker hiding in the waterfall box. He/she was larger than a softball! It's been rehomed to a large pond about a mile away. And my remaining frogs are coming out of hiding.

Over the years I stopped buying goldfish for my ponds as every time they disappeared I found a fat Bullfrog. I introduced wild-caught fat head minnows to my ponds three years ago and they've been thriving. But I also discovered when I drained the pond that all the minnows were missing.

You don't mention what part of the country you are in. If you were in the heat wave, they may be safely under the mud. Or your water temps got high enough to kill them.

I have a 3500 gallon pond. I’ve watched hawks snatch frogs on occasion but not enough to wipe out the population. A couple of times I noticed the frog population completely gone. I started watching for snakes and sure enough I saw them. Was able to catch 3 - 5’ brown water snakes using a minnow trap. As soon as the snakes were gone, the frogs started moving back in.

Tomphot said:
Was able to catch 3 - 5’ brown water snakes using a minnow trap. As soon as the snakes were gone, the frogs started moving back in.
Click to expand...

I have a huge and a small and who knows if more northern brown water snakes. The one is probably 4 plus feet around 2 inches wide. I am still debating leaving them there or removing. How did you catch them in a minnow trap? IE what bait where did you put it? The big one stays in the smaller pond, the small one stays in the big pond. I don't want to harm them can move them to a farm pond. 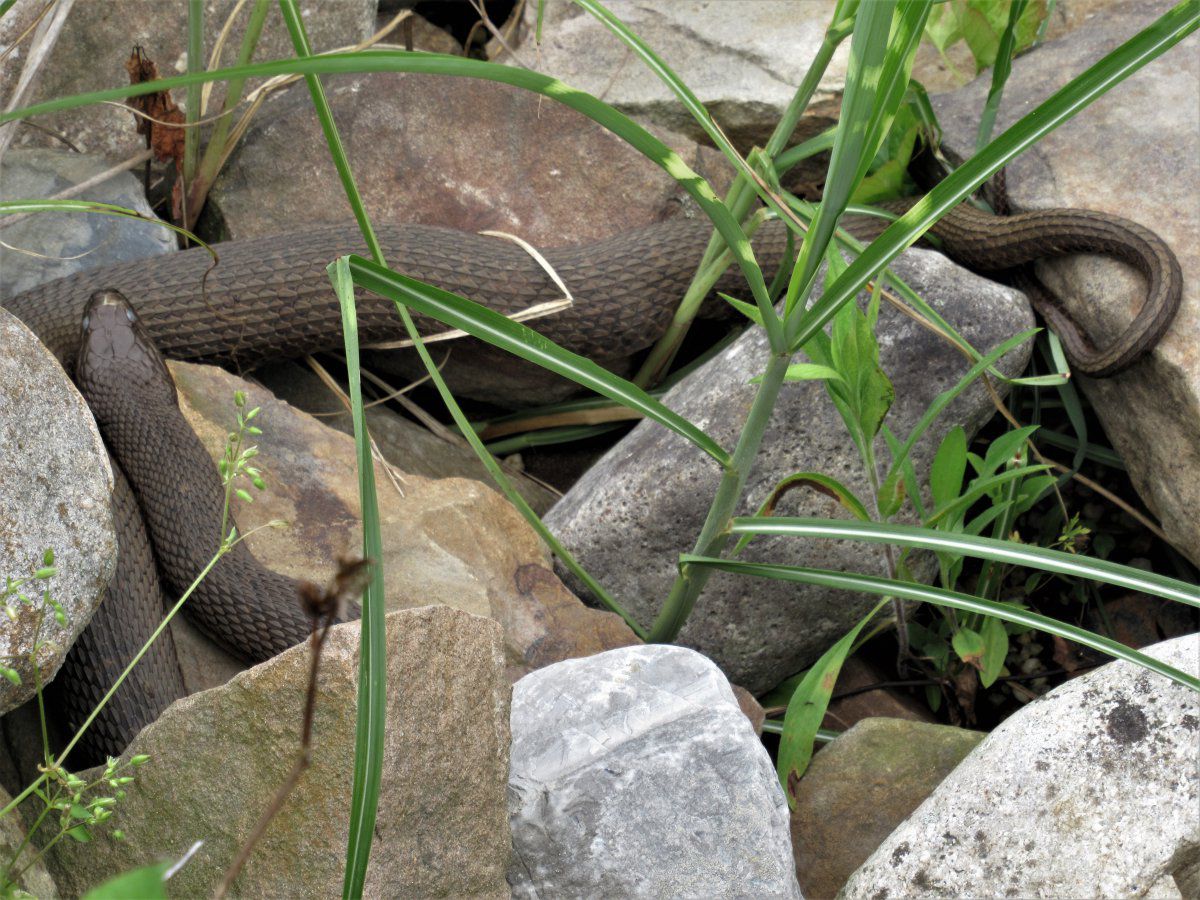 addy1 said:
I have a huge and a small and who knows if more northern brown water snakes. The one is probably 4 plus feet around 2 inches wide. I am still debating leaving them there or removing. How did you catch them in a minnow trap? IE what bait where did you put it? The big one stays in the smaller pond, the small one stays in the big pond. I don't want to harm them can move them to a farm pond.
Click to expand...

I used a small egg as bait. I’ve heard of folks using a frog as bait but I decided to try an egg first.
Ad

Never tried an egg but in the river, I grew up on we would bait the trap for minnows, once the minnows came in to the trap, snakes weren’t far behind coming in to get the minnows. Just left it shallow enough so the top of the trap broke water surface so snakes didn’t drown. 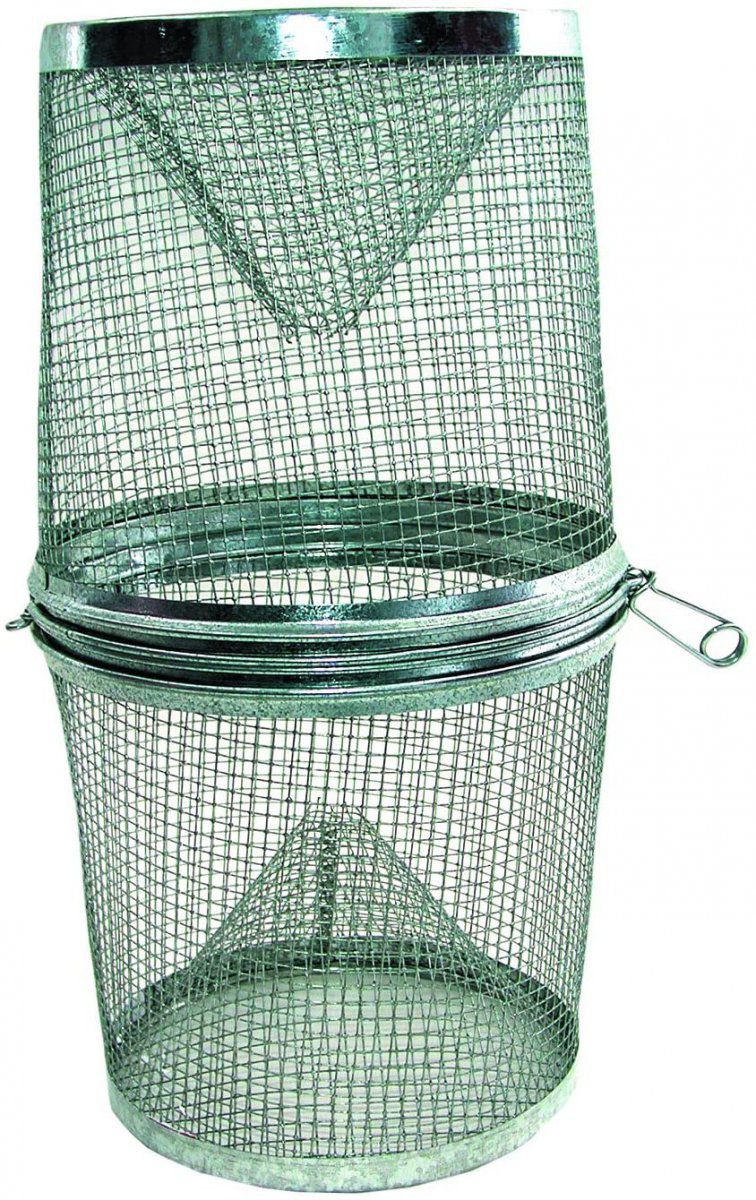 Yes, that’s what I have. I came upon the egg idea when I found a snake in my chickens nest box with an egg in it’s tummy. Easy to do and they don’t rot.
Ad

I enjoy seeing them, but also love my frogs. The fox , hawks etc could take care of them, but they stay under the antiheron net so they are protected. I have not seen them in about a week. Have not been home for a bit to see if they are around, which I am sure they are.

I need to find one with a decent opening, fatty is possibly 2 inches in width