Frogs & spawning - no weed in ponds after refurbishment.

Hi,
My parents have 2 ponds (14' x 4' by 14" or 15" deep) they were completely overgrown and had started to leak. They were so overgrown that there were very few fish left but an abundance of frogs, toads & newts.

In November, I had the ponds emptied, relined and pumps/filters put in. A couple of pots of lillies were put in - but obviously they have died back over the winter.

Going by the noise in the surrounding flower beds, the frogs/toads are ready to start spawning but the ponds are barren. Is there anything I can put in that they can spawn on? Obviously in the spring I will plant out marginal plants and other greenery but I that's a few months off. My father loves the ponds and seeing the lifecycle of the frogs etc. so I'm keen to address this. Does anyone have any suggestions?

Thanks very much
Andy
Ad

We had frogs spawning in our bare liner after a rainfall BEFORE the pond was even finished. It wasn't even full of water - just some rainwater collected in some folds and they found it. Somehow I think your frogs will be fine!

@EssexAndy
Seems kinda early for frogs to start spawning.
You could use something called Parrot's Feather in the spring. You can tuck it in between the rocks along side your pond. Roots must be in the water. Or I just have mine in a big pot and it likes to sprawl over the top of the water. Mine is still growing some even in winter. I have seen things in the ditches floating in the water that are nice and green now. I think all their roots tho are attached to the soil. You would need to clean all those plants off if you have fish in your ponds so they would not pick up any parasites. My duckweed is growing well in another tub pond I have but that stuff can take over. 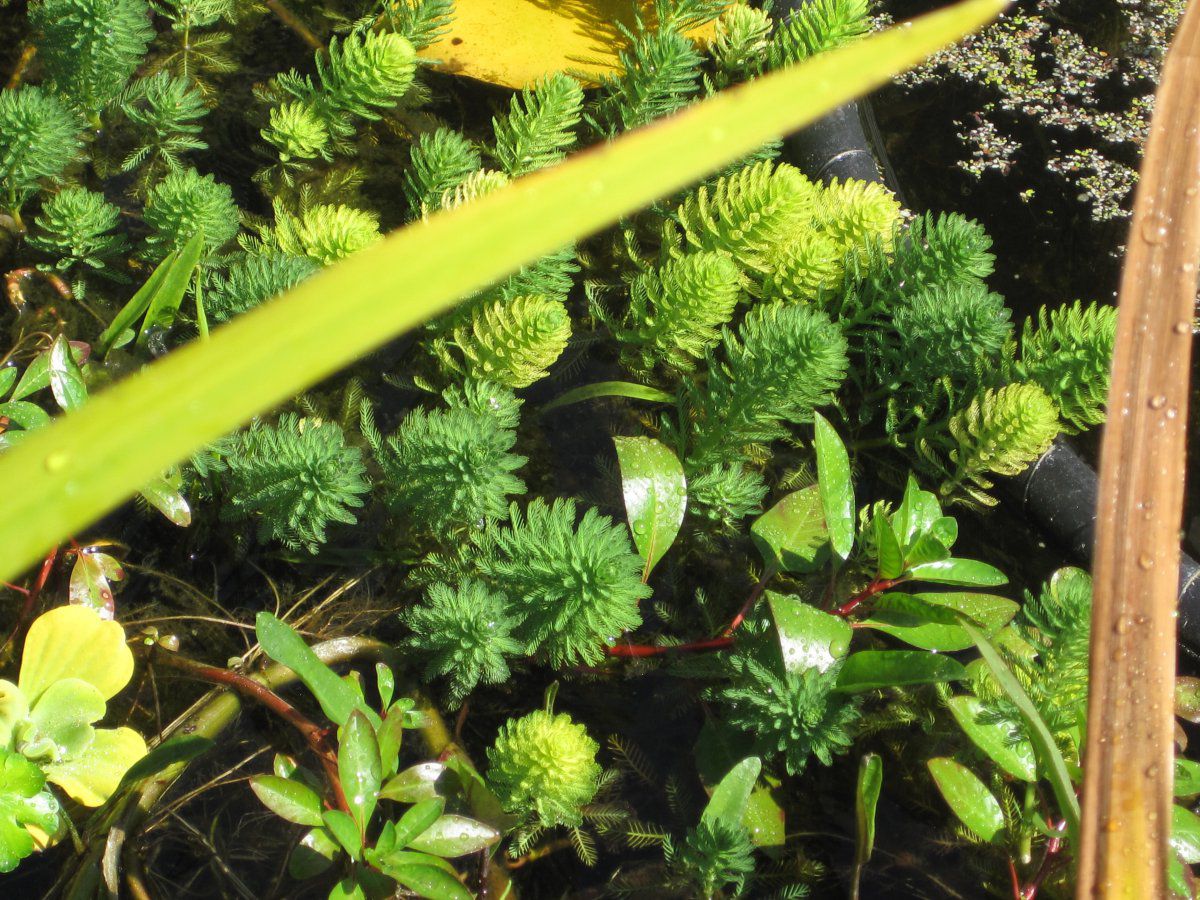 Thanks Lisa & J.W.
Here in the UK it was below zero overnight and a very hard frost but January & February is when the frogs get all fired up. I can recall previous years seeing the frogspawn frozen into the surface ice.
Apparently, frogs always return to where they were born, to spawn. I guess the urge to spawn will overcome the need for some plants!

Over the winter, I only have 5 small Koi in one pond and a handful of small Goldfish, Shubunkins and an Orfe in the other. Given the chance I suspect they will eat any spawn or tadpoles. But hopefully I'll be able to get some plants/weeds in the ponds fairly soon.

Oh yes the fish will eat the frog eggs and tadpoles for sure so plants would be needed to hide them. Even then I would think the tadpoles don't have much of a chance w/those ravenous always hungry fish.

I don't know ANYTHING about frogs in England but i do know i have seen many a mud puddle loaded with frog eggs. I don't think they need vegetation to lay the eggs in but a place to anchor the eggs so they don't get washed away. I would just place some braches "the end of the limbs of a bush in the water and would bet it will get used.
Ad

GBBUDD said:
I don't know ANYTHING about frogs in England but i do know i have seen many a mud puddle loaded with frog eggs. I don't think they need vegetation to lay the eggs in but a place to anchor the eggs so they don't get washed away. I would just place some braches "the end of the limbs of a bush in the water and would bet it will get used.
Click to expand...

That's a good idea, I had considered putting something in the ponds but I couldn't figure out what. Thanks.
I think I've seen this being used by commercial fish breeders.

Also, if you want tadpoles, don’t clean out any algae. Frog and toad larvae start out life as herbivores.
E

As the original poster, out of courtesy, I have an update on this subject!

Over the last few weeks, the frogs and toads have gathered in my parents ponds, which as mentioned were basically bare ponds having only just been re-lined. I have counted over 30 in each pond. It's been pretty physical and determined stuff. They have spawned already in one pond (it gets more sun than the other) and the bottom of the pond is heaving in frog spawn, I reckon it would fill at least 2 large buckets. The other pond I think could be a week or so behind...

I hope to get some plants in fairly soon, to give the tadpoles some shelter from the fish.

I've switched off the pumps in both ponds - in one pond the newts tried to spawn on the filter and got trapped by the suction. I had to remove 5 dead newts. Since these creatures aren't that common I feel quite bad about this... But seeing the comments above, switching the pumps off may benefit the tadpoles as it will save the algae being killed off by the UV filter.

We had frogs move in here (California) four weeks ago.