Lost my first fish to a heron

About a week ago I surprised a Little Blue Heron (not Great Blue) near my pond (not in it) and he flew off. My netting is held up about 2.5 feet off the surface. I was headed out the door, so I figured I could protect a bit better when I came home.

When I came back home, he was there again and this time flew off with one of my younger Sarasa comments. This time I draped some of the netting over the sides of the stakes holding it up, but I left the side where I have a fishing line fence undraped.

I found him in there again on a third morning having stepped over or through the fishing line fence. I scared him off and he got tangled in the netting trying to get out. He did get out before I could get down there. When I did get to the side of the pond I saw some spatters of blood on a rock, but no evidence of another missing or injured fish. So it must have been a juvenile which grew in the pond or a frog that was the source of the blood.

So now I've done an even better job draping it, but that's not ideal either as smaller birds may get tangled in it. I saw this particular heron a day or two after the latest incident (on a tree scoping out my yard), but now he seems to have moved on. I hope later in the summer to be able to remove the net entirely when the pond has nearly full cover from plants.
Ad

Sorry to hear this @EricV I had to actually put a small wire fence around the edge of my pond and attached my net to it by hooking the net on the little cut ends of the fence and also w/S hooks that can be easily removed to enter the pond. Darn birds!

I put the taller green wire fence up first but birds could still squeeze through so I had to put that crappy white shorter one in front of the green one for added security. That worked but need to come up w/a better looking way instead of that white stuff. Keep your netting taught so little birds can't get stuck.

This was before I had the net up and he just ducked his head down and slipped right through that green wire fencing! 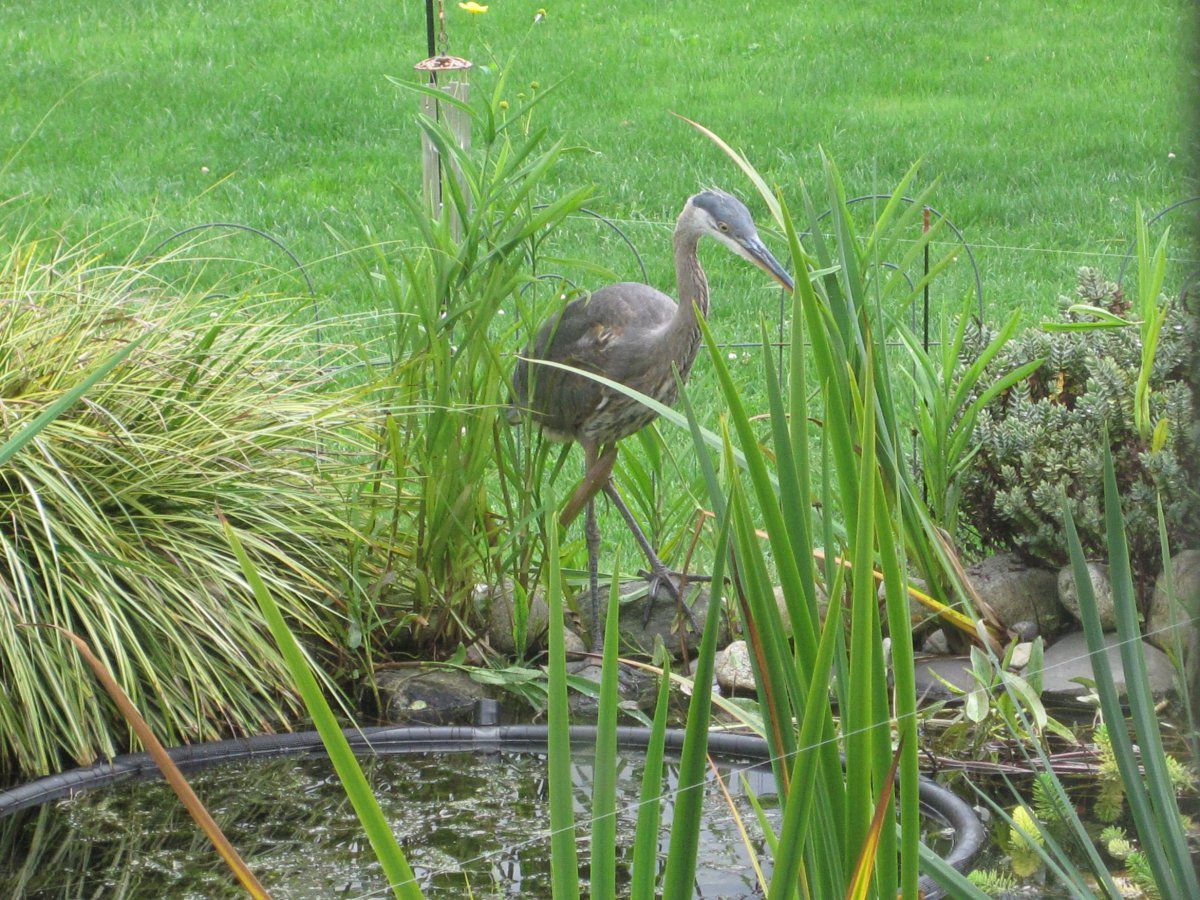 After net up and white fence up in front of green fence. Heron has visited but just gets frustrated from trying to get in and he leaves. Little birds fly right through the wide weave netting to enjoy a drink or a bath. 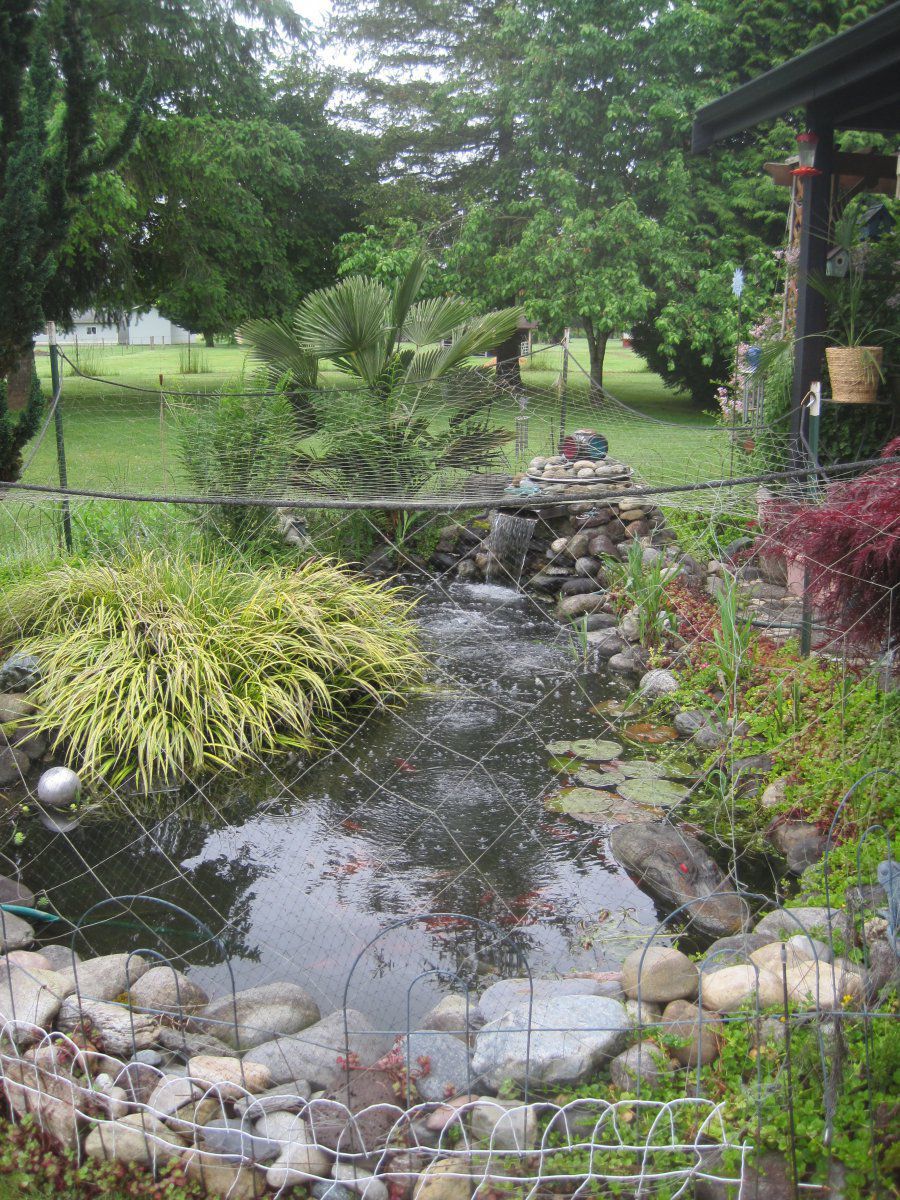 Sorry to hear about that Eric
Once they find food, they'll stick around, I was just planning to have the net moved to hover over the pond next week, as the net obstructed our view. We have the great ones here as well, so will leave it to be safe than sorry

I have a big retention pond right behind me. There are always GBH in there. This was the first time I'd seen the Little Blue Heron. Last year I managed to avoid this problem by just keeping the net up until the GBH had established a pattern and the surface was mostly covered with lilies and hyacinth. I'm hoping to do the same this year as I really don't like look of things with the netting.

I just keep the wide weave netting hanging high over the pond. It does not bother me. I fought the GBH for 3 years coming almost every day to snack. The net is all that stopped it.
Ad

Oh No sorry to hear about that
Ad