need bivalve larvae/juvenile ID help, or is it something else entirely?

Found a bunch of these guys apparently living in my giant duckweed. They are about the size of a grain of salt, and when disturbed swim around visibly in random directions. When this movement observed under the microscope, it appeared to be a bivalve opening and closing a shell with a foot/tongue coming out to one side. I did have what appeared to be a fingernail clam in an aquatic plant I bought long ago, and if it's those, that's fine since they don't have a parasitic larval stage, just thrown off by the coloration here, looks more mussel-ish to me? Or is there some insect that has a weird clam-ish water larva phase I don't know about? Thanks! 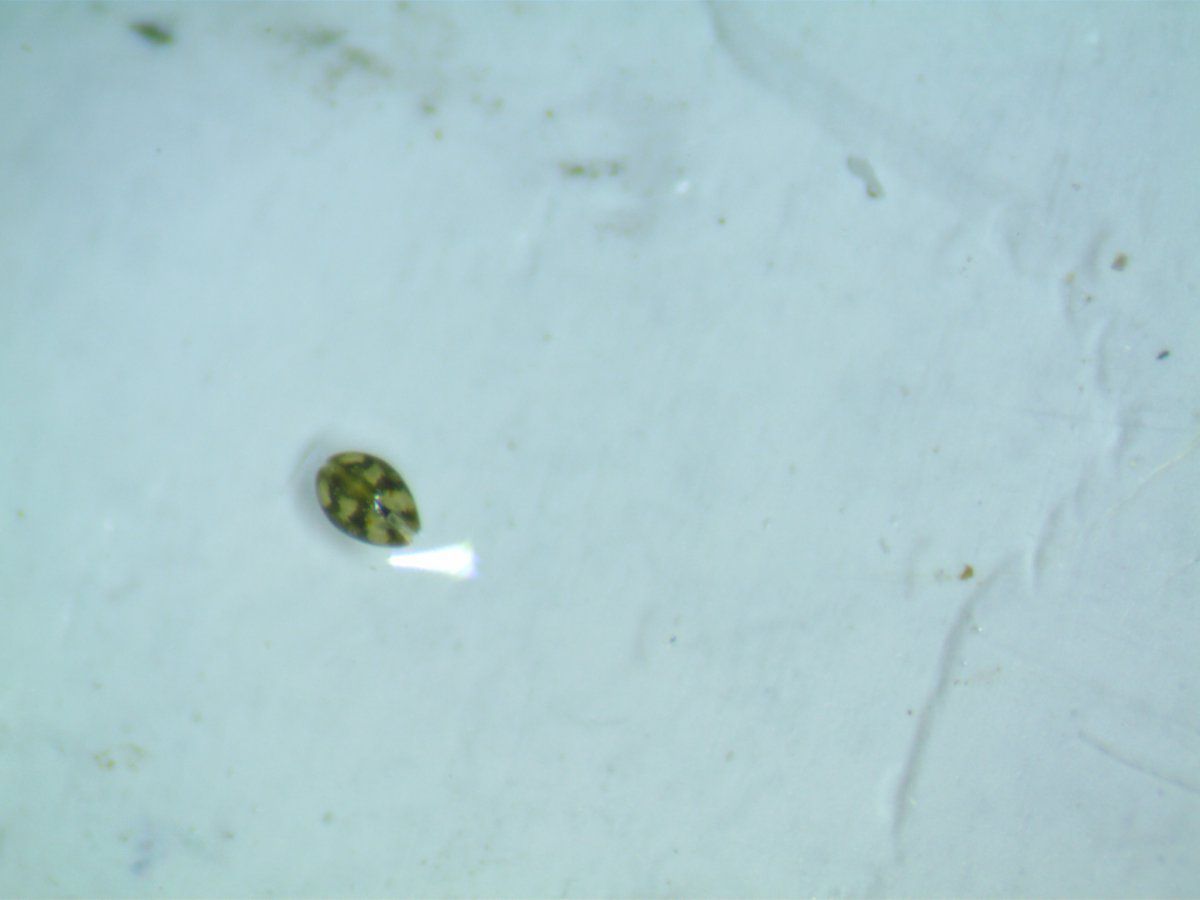 Totally. In the photo I'm reasonably certain that we are looking at the bivalve hanging upside down in the water, so the hinge is facing the camera.

Hi John! That’s what I thought also but it’s now exactly 2 weeks since I found them and I’ve had them in a clear plastic beta cup with some duckweed and string algae and I’ve learned two things. First, their numbers have declined especially over the second week which I presume is due to poor care on my part, but they are so small it’s not like I could really do water changes. Most importantly, they haven’t attached to the sides or bottom of the container at all (it’s clear and they are visible to the naked eye so I’d know) but instead are still free swimming and prefer to gather in the clump of string algae and the roots of the duckweed, which is actually where they came from in the first place, the roots of giant duckweed. I had thought I had read that unlike other bivalves zebra and quagga mussels stop swimming and adhere to hard surfaces within 10-14 days of hatching. Since that’s clearly not happening, I’m wondering if they are some other species of mussel? Apparently a number of species are yellow and black. What do you think?
Ad

They are filter feeders, so they will attach themselves to something where there is water movement. This is why they are such a nuisance at water intake pipes, often clogging them completely. I recently had three 3/16" to 1/4" specimens in a gallon jar, and they moved around a fair bit. BTW, they were on a few sagittaria plants from a local river, and were already that size.
John
Ad