It was the last of March last year when I moved into this house and took on caring for the pond and nine goldfish in the back yard. The pump and filter weren't working and I knew absolutely nothing about taking care of a pond or goldfish. I had never been interested in ponds or fish, but since the pond came with the house, I was game to try. By the time I managed to get the pump and filter working, the number of fish had dropped to eight. (no idea what happened to the fish.) I was certain that those poor fish were doomed.

Now, a year in, there are now about fifteen to eighteen goldfish. (It's now impossible to keep a count of them.) There are now also a couple of very vocal frogs too. They talk to the frogs in my neighbor's waterfall feature.

Watching the pond during the changes of the four seasons has been educational and fun, and obviously I managed not to kill all the fish.

The advice and words of encouragement from this forum has helped immeasurably. Thanks to all! 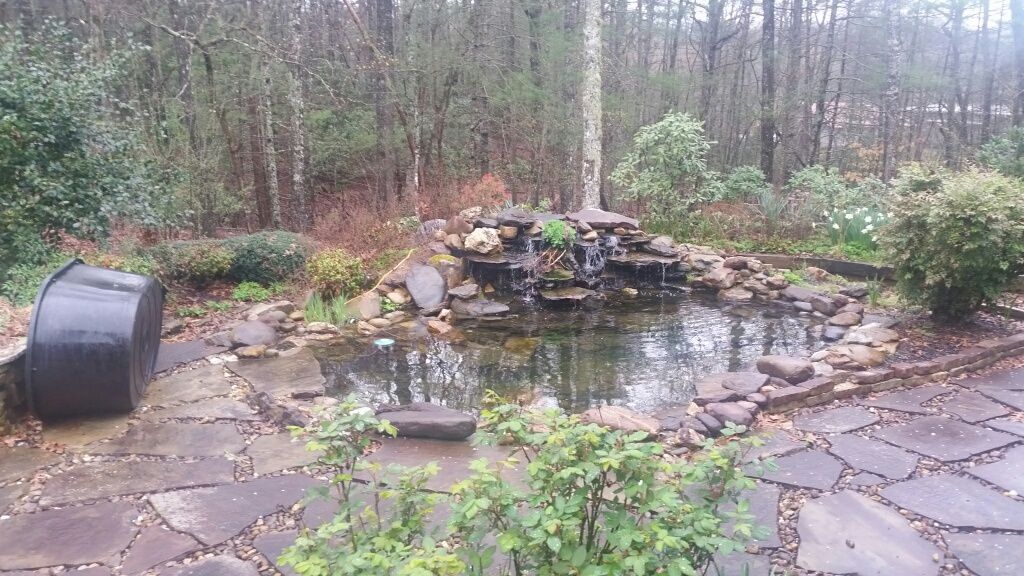 Yay on your success and it looks like it is going great!

That is a great looking pond! Good job!