I ordered a few fantail goldfish from ebay (so I have some fish to care for during winter!) and they are supposed to arrive today. I was waiting excitedly at home (my car acted up and showed 'check coolant' so I didnt want to drive to work until i's check out). The box arrived and here's what I got.. 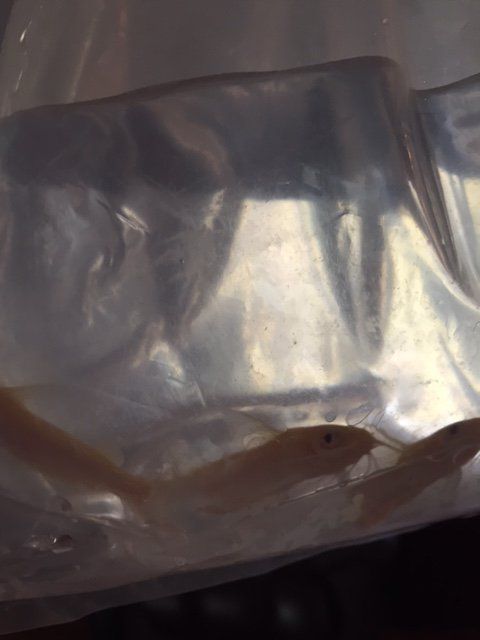 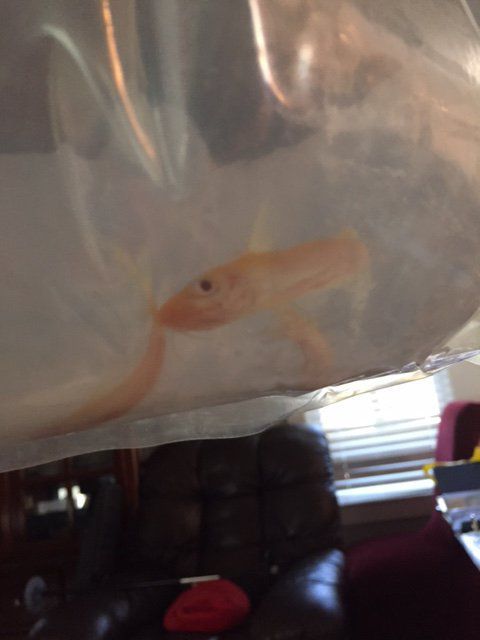 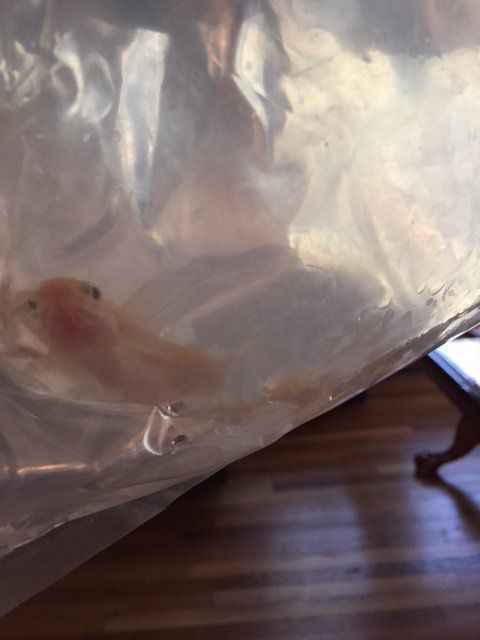 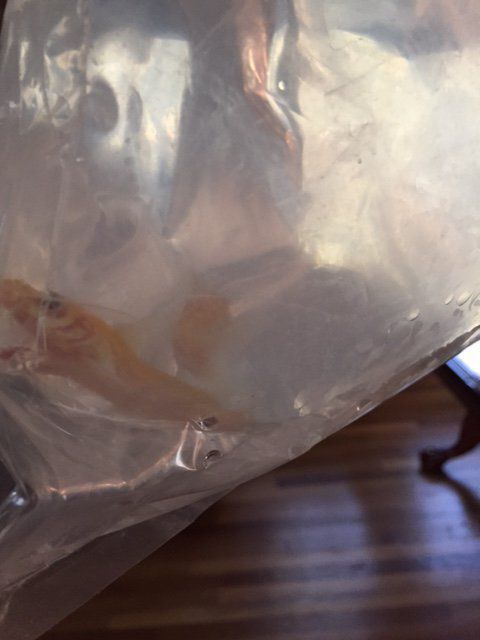 I checked online and it's probably a Channel catfish.... I dont know what to do with them. I dont want them in my pond, or do I?
Have anybody had it in their pond before? I have smaller fish and I dont want them to eat all my frog tads.... (eat the toad all they want! lol)

I would turn the ebey seller in .If you paid with paypal they will help you with the fraud case .My son is an ebay seller for years now

i sent them request for refund. will see what they do. I also dont think they will tell me to ship these back? They will go in the bucket for now. I dont want them in my tank or my pond.

When it comes to catfish in your backyard pond we are not really stocking either of those extremes, but typically the catfish that go into our ponds and water gardens can get very large, very quickly; sometimes up to 10lbs! In the wild the channel cat can get up to 40+ lbs. By far the most popular catfish that is sold by water garden and pond centers is the channel cat; so for this argument’s sake let’s pick on them.

The channel cat, Ictalurus punctatus, is most often sold to pond owners who have the belief that these fish will somehow keep our ponds cleaner and clearer by eating all the garbage, algae, and fish waste that occurs in the pond. Any experienced, honest pond fish reseller should tell you this will not be the case.

So let’s dish up the channel cat. The channel cat is an omnivore actually, which by default makes it a scavenger, but the channel cat is not a fish to depend on for housekeeping in your pond. In its natural settings the channel cat will eat “smelly” foods like decomposing fish, but also chow down on worms, crayfish, shrimp, other fish, lots of frogs, insects, larvae, seeds, and algae too. However; the channel cat will actually adapt very well to the feedings that you provide for your expensive koi and pond fish. They will very quickly become the primary consumer of your expensive fish food, easily muscling your koi out of the way at every feeding; and the channel cat can eat a lot! Channel cat in the pond equals skinny koi and high food bills. If the catfish is not satisfied with the feedings you provide it would not be surprising if smaller fish in your pond start to disappear. Blame the heron, but the catfish may not be so innocent either! 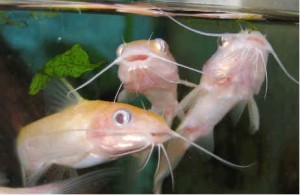 Channel cats are also nocturnal, and become active at about the same time that most other pond and water garden fish are trying to settle down for the night. This may create a certain level of stress to the more desirable pond fish like koi and ornamental goldfish. The channel catfish is rarely bought for the purpose of adding beauty to the pond because they don’t have great coloring, typically grey or “gold”. They also hide most of the time only coming out for feedings. And they will not create better water quality or reduce waste in your pond.

i read the same thing a few minutes ago! Thanks J.W I dont think I should let it lose. I dont think it's in the wild like in river though.. it's more like pond or lake?

The seller said she will give me a refund, and I can keep the fish... refund = good. Keeping the fish = meh... I dont know what to do with them!!!!

Say they live in lakes or streams. I'd do the Craigslist idea or just keep them while small till you figure out what to do.

Hate to say it but they are ugly fish .Do people eat them

people eat them @sissy . Thanks @j.w I think I'l post it on craigslist will see.

@Nepen your first mistake was buying from ebay in the first place try to remember if you order via them you may not get what you asked for as you have now found and if you do you quite simply do not know just what these fish are suffering from, be that a bacterial infection , or perhaps a Parasitic infection and last but not least a viral infection of some sort .
It is far better to go to a recognised breeder and dealership of the fish you wish to buy then at least that way , if things go belly up at least you have comeback from them including help with your fishes problems

lol Yes @Dave 54 I've been going back and forth with this decision for longer than a month. On one hand it is cheaper on ebay, on the other, I rather have a fish I like and know it comes from a good place than a random fish. I hand picked all my fish so when I decided on this fantail goldfish I thought i'd give it a try. Lesson learned! Well, to be fair, their fish seem to be in good health and active. They are now in a bucket... hope to be able to give them away.

Nepen said:
lol Yes @Dave 54 I've been going back and forth with this decision for longer than a month. On one hand it is cheaper on ebay, on the other, I rather have a fish I like and know it comes from a good place than a random fish. I hand picked all my fish so when I decided on this fantail goldfish I thought i'd give it a try. Lesson learned! Well, to be fair, their fish seem to be in good health and active. They are now in a bucket... hope to be able to give them away.

I also just ordered 2 fish from raingarden
Click to expand...

Its just not worth the risk @Nepen I know of one koi keeper here in Plymouth who used ebay despite repeated warnings in the end it cost him all his koi to the CyHV3 koi Herpes Virus .
Sadly the only person so far to have an outbreak here in Plymouth , had he gone to a dealership I wouldnt be telling this tale but in the form of a warning , its just not worth the risk