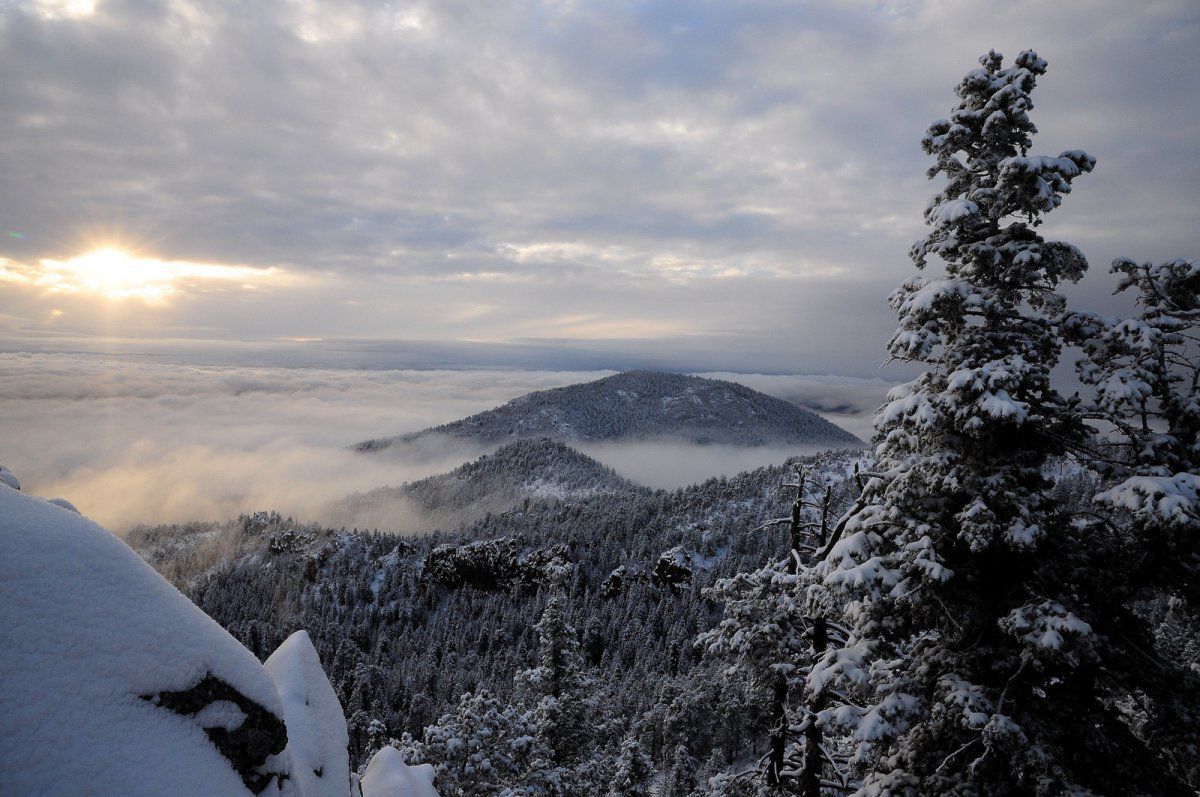 Thank you for the comments and to those who voted.

I guess I should tell a little about the photo. It was taken looking west from near the top of Bill Williams mountain in northern Arizona. I live near the base of this approximately 9,000 ft. mountain, and there is a road to the top to communication and fire lookout towers. Usually the gate to the road is locked after winter sets in, but one evening during a pretty good early December snow storm, I noticed the gate was left open. It was still socked in and snowing but I headed up the road in my 4wd pickup with my camera and tripod. Part way up it was fogged in but closer to the top I suddenly broke out above the clouds. What a beautiful scene. I hiked out a short way on a ridge through about a foot of fresh snow to where I set up and took a few photos.

The road was unplowed, but with fresh snow it was no problem going up, but it was kind of hairy coming down. I came down extremely slow, but made it, no problem. The photo was taken with a Nikon D90 camera with a 16 to 85mm zoom lens.

Neat story on how you got that beauty of a picture. You risked your life and limb and look what you won. Not a million dollars but you are now famous on this pond forum for a while anyways
Ad