Does anybody have experience with getting an overheated pump running smooth again?

My Aquascape AquaSurge 3000 has been running fine for over a year, including the first winter. This winter we had an extra long cold spell. So cold that the waterfall and stream froze up and water flowed over the top. So much water froze up that the pond water dropped 24" down to the pump. The pump ran dry from some time in the middle of the night until first thing in the morning when I discovered it - anywhere up to 8 hours worth I'd guess. I pulled the plug.

Now that the ice has melted, I tried running it again. Wouldn't start. I plugged in a Kill-A-Watt meter and measured it drawing power. It was reading 220 watts, even though not pumping. That's odd, it's a 165 watt pump. I measured it in operation this past year and it was right on 165 watts as advertised.

I removed the pipe connections and took the pump out for troubleshooting. I took out the impeller shaft and saw that the inside tip had the black plastic melt off the ceramic pin, and pooled into a plastic lump on the bottom end. I shaved that off with a knife and tried the pump again in a bucket of water. It runs, but is noisy and draws 190 watts. I wonder if the ceramic pin is off-center slightly now. Not only that but it's no longer a smooth spinning surface where the plastic melted.

I ordered a replacement impeller which should be arriving in a week or so. My hope is that it will run quiet and go back to drawing 165 watts. That would indicate the motor assembly has no overheating damage. If it too makes noise or draws over 165 watts, then I will assume the motor assembly is damaged.

Picture of melted plastic on impeller: 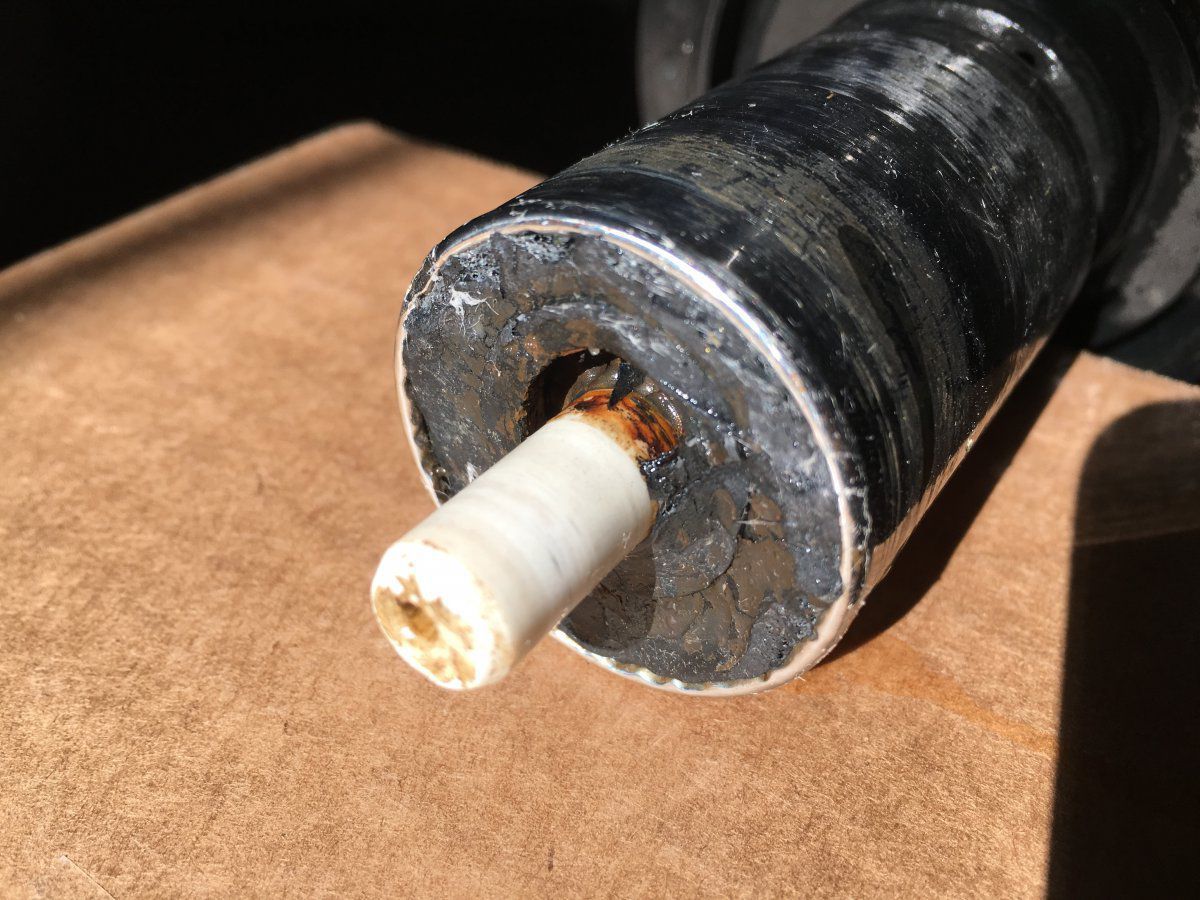 If your replacement impeller comes with a new bushing and shaft, you'll probably be ok.
Hopefully the hole that the bushing sits in wasn't damaged.
Ad

The replacement impeller arrived (with bushing and shaft). After cleaning out the hole with vinegar and a toothbrush, I installed the new impeller and tested with the watt meter. It runs at an even 180 watts, and this is when connected back up the exact same piping where it previously ran at 165 watts as advertised. Something is still unusual with that watt increase. 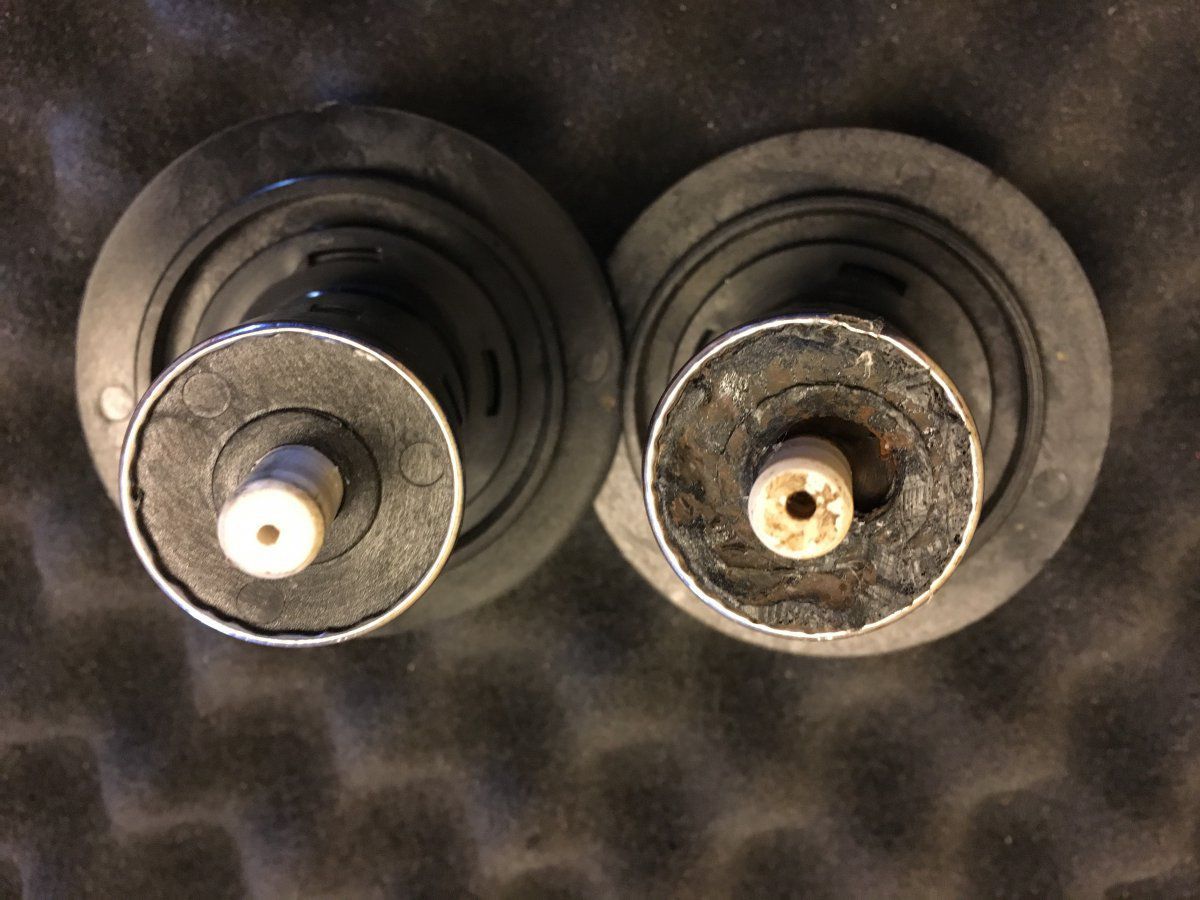 New on left, old on right. Can see wear on the old one below the stainless section: 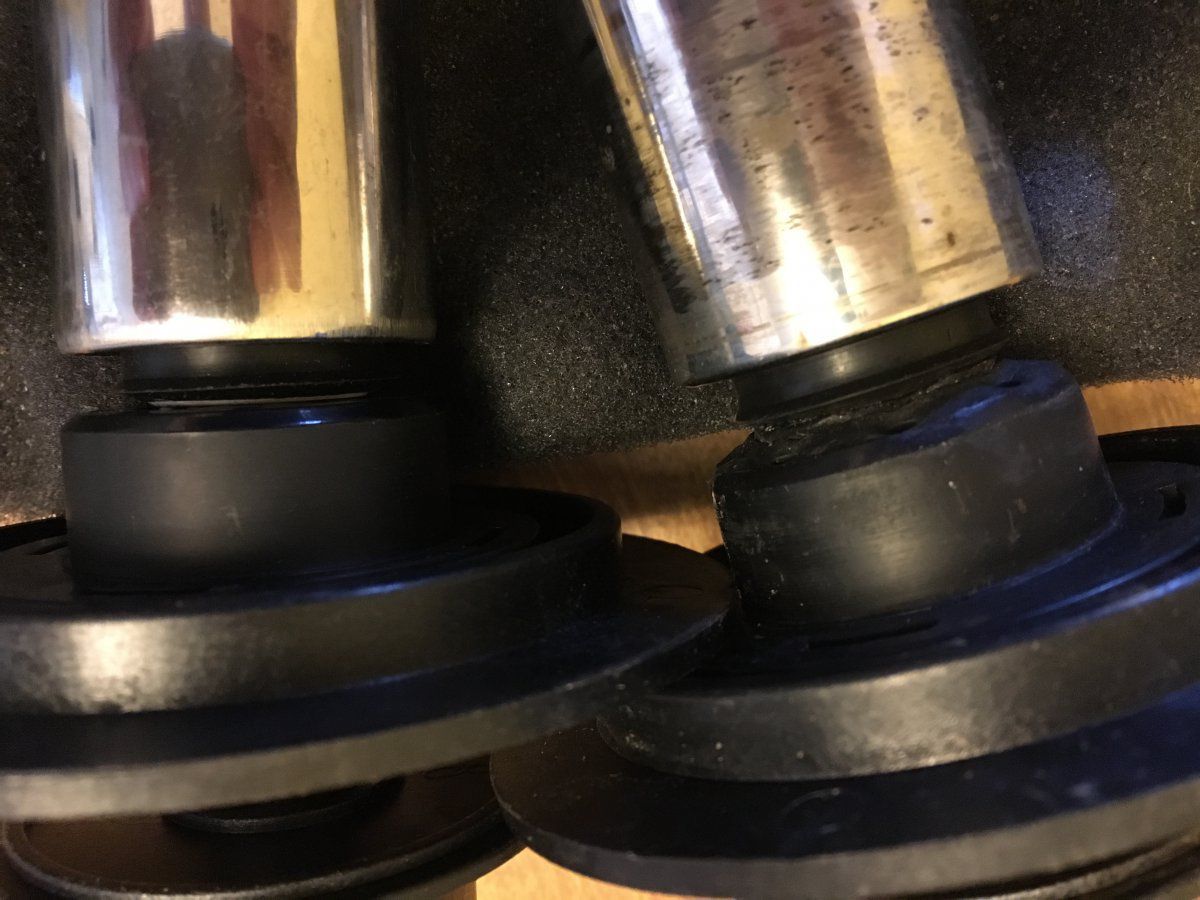 The shaft/hole it sits in. Seems undamaged. 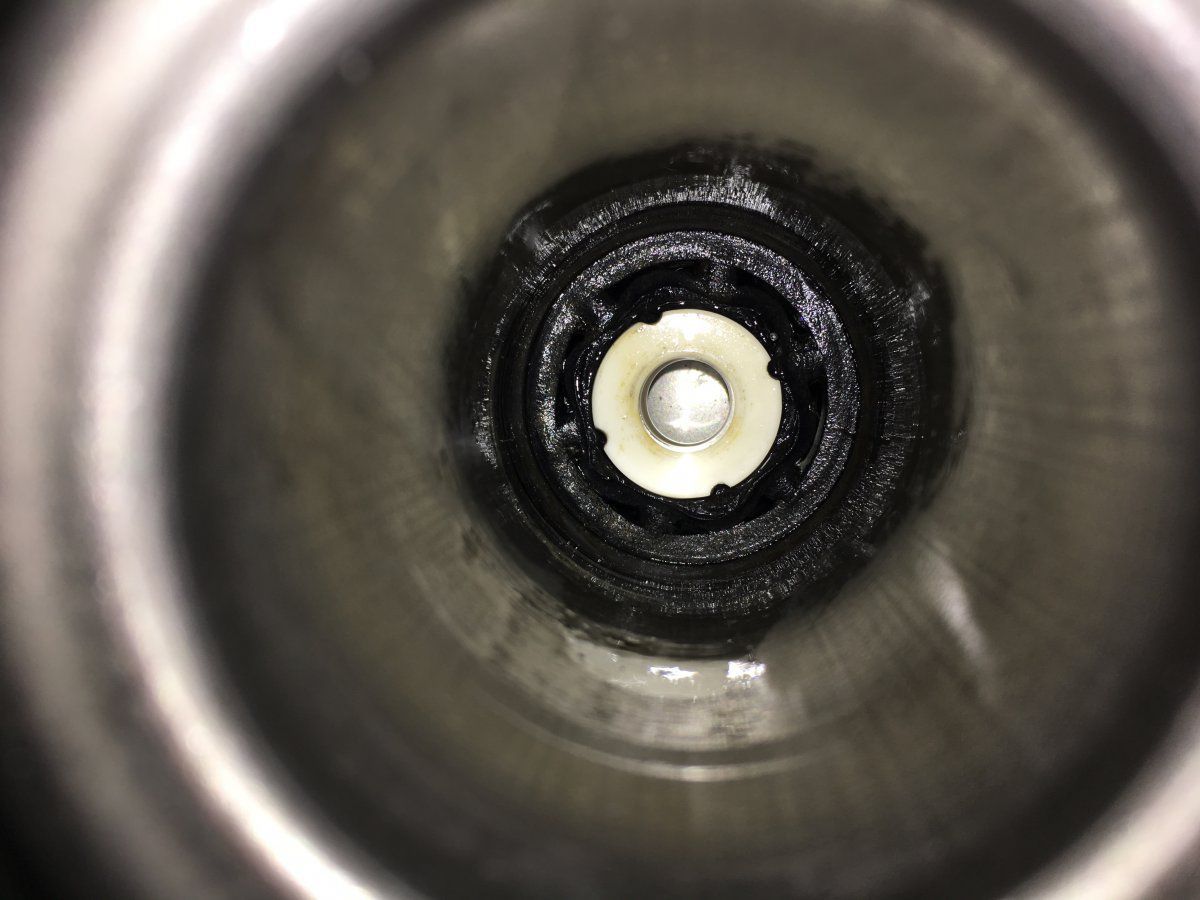