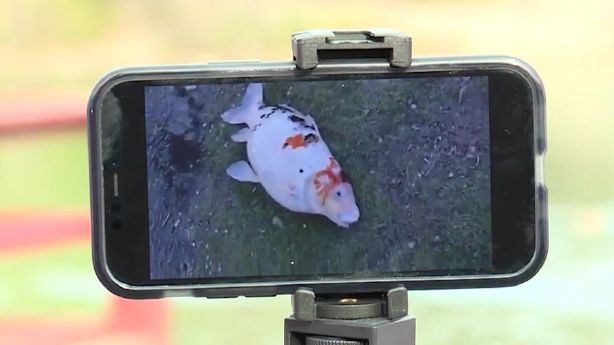 A man caught a nearly 17-pound koi in a small Utah County pond, a type of carp that the Division of Wildlife Resources said should have never been there.

People are either ignorant of the laws or just don’t give a crap. Most states have laws prohibiting release of even wild caught fish back into nature after it is kept in captivity.

I live with in 10 minutes of where years ago a pet store went out of business and dumped all there fish in the natural ponds behind the shopping center it was located in. One of the fish they dumped in was a snakehead, also these ponds border the little Patuxent river, which floods into the ponds frequently, well guess what the snakeheads got into the patuxent river, and have established populations in all the headwaters of the tributaries of the Chesapeake Bay at this point. While I doubt they established the self sustain8ng population in the bay from this one release the ignorance and stupidity of people is astounding sometimes.
Ad

I felt a bit queasy seeing the poor koi flopping out of water
You must log in or register to reply here.