Ultraviolet radiation (UVR) accounts for about 7% of the radiation emitted by the sun.

"UVB radiation at current levels is harmful to aquatic organisms and can reduce the productivity of aquatic ecosystems, which is considered a significant alteration (Bancroft et al. 2007, Hader et al. 2007). It has also been suggested that increased UVB changes the food web structure and function by the differential UV sensitivities of the phytoplankton species, the major aquatic biomass producers. At the cellular level, exposure to UVR impairs the survival of the bacterioplankton and DNA damage has been detected at depths down to 5 m in tropical coastal waters. UVB affects the motility, protein biosynthesis, nitrogen fixation, and survival of cyanobacteria, as well as the photosynthesis of flowering aquatic plants. UVB constitutes a significant stressor for macroalgae even without ozone depletion, affecting photosynthesis, morphology, and growth rates (Hader et al. 2007)"

The level of UVB penetration is largely determined by the DOC (Dissolved Organic Carbon) level of the water and only secondarily by POC (Particulate Organic Carbon) or chlorophyll a. This is evidenced by the facts that in the open ocean, UVB can penetrate over 15 m., but in a humic lake this penetration may be limited to only a few centimeters.

As a part of Solar radiation, UVB is also influenced by elevation, latitude and season (See maps below) 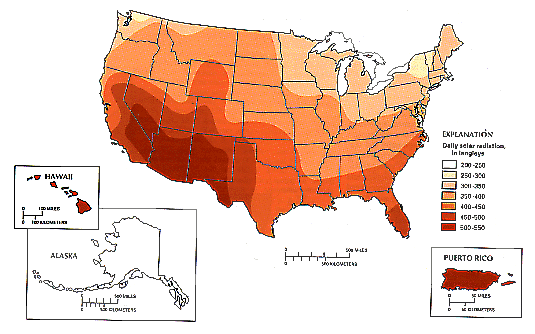 Recent studies show that DOC mainly reduces UV-B radiation while POC mainly decreases the UV-A radiation in the water column. The optical effects of zooplankton and phytoplankton on UV reduction in freshwater ecosystems are usually low, but bacterioplankton plays a major role (cf. Zepp, et al.2). While DOC is only slowly degraded in the water column, it is readily fragmented by solar UV to smaller subunits, which are consumed by bacterioplankton. This increases the UV transparency of the water column where the resulting deeper UV-B penetration affects bacteria and other organisms. In principal, this is basically how a pond UV clarifier functions and although they may improve the water clarity by adversely affecting phytoplankton, they also exacerbate and hasten the penetration depth of solar UVB.

Plankton can be subdivided, based on physiological or taxonomic criteria into major groups of bacterioplankton, phytoplankton (including cyanobacteria and eukaryotes) and zooplankton. In aquatic ecology, size (on a logarithmic scale) is used as a subdivision criterion: femtoplankton (0.02–0.2 micron), picoplankton (0.2–2 micron), nanoplankton (2–20 micron), microplankton (20–200 micron) and macroplankton (200–2000 micron). Even though the smallest organisms contribute a significant share to aquatic biomass productivity, these taxa have not yet been studied extensively in terms of UV sensitivity.

Protective and mitigating strategies of cyanobacteria include mat or crust formation, vertical migration of individuals within the mat, or self shading due to changes in morphology as observed in Arthrospira platensis. In microbial mats the surface layer often serves as a protector for the organisms underneath.

Some phytoplankton taxa including dinoflagellates and diatoms produce toxic substances, such as neurotoxins and domoic acid, and are a severe threat to animals and humans when they form blooms. These organisms have a low sensitivity to solar UV radiation and escape damage of their photosynthetic apparatus by switching to heterotrophic growth.

Zooplankton includes unicellular and multicellular life forms and can be classified in several size classes as mentioned previously. It is also comprised of larval forms of fish, crustaceans, echinoderms, molluscs and other phyla.

Zooplankton community structure in freshwater ecosystems is controlled by multiple factors, including DOC content and distribution throughout the water column, which regulates UV penetration.

An example of how zooplankton is affected by solar UVB is its effect on Daphnia Survival and production of F1 (first generation offspring) were significantly lower in the UVB exposed parental generation F1 exposure to UVB significantly decreased F1 survival and reproduction. Reproduction was lowest in UVB exposed F1 animals whose parents were also exposed to UVB. Adverse effects of UVB on offspring production may be magnified in successive generations suggesting that any short-term experiments could underestimate the impact of increased UVB exposure on populations.

Among other factors, solar UV-B radiation has been variously implicated as a possible contributing factor involved in malformation and mortality, especially during the embryonic development.

Visual predators, including most fish, are necessarily exposed to damaging levels of solar UV radiation. Skin and ocular components can be damaged by UV, but large differences are found between different species. It is known that Carp (Cyprinus carpio) is more sensitive to UVB than Rainbow Trout (Oncorhynchus mykiss).

The skin of fish is particularly vulnerable to the intense radiation because it lacks a keratinized outer layer and has dividing cells in all layers of the epidermis. Mucus is an important factor maintaining the protective function of the skin, and artificial UVB has been seen to decrease the number of mucus-secreting goblet cells in exposed fish.

UVB exposure makes a fish more susceptible to pathogens, and radiation induced lesions ('summer lesion syndrome') in the skin are often accompanied by secondary fungal and mycobacterial infections. In one study Mosquito fish (Gambusia holbrooki), was exposed to a factorial design of low and high UVB levels and low (18C) and high (25C) temperatures. The combination of high UVB and high temperature interacted synergistically to suppress metabolism and exacerbate infection intensity by the fish pathogen whitespot (Ichtyhophthirius multifiliis).

The eggs and larvae of many fish are sensitive to UVB exposure. In fish larvae a 3 day exposure to UVB increased the water content of blood plasma by over 20%. This increase is often exhibited as edema.

Given the rapid changes in the thermal environment globally, the interaction between UVB and temperatures on energy use and disease resistance could pose significant problems for aquatic animal health in the context of both pre-existing and emerging diseases.
Reactions: Dave 54