Ponds Past and Present
Overview Discussion

Started with a small tub on the patio of my apartment with some floating plants and E. cordifolius, an aquarium sword plant that transitions well outside in the summer.

Once I purchased my first house, I was able to go a bit bigger: 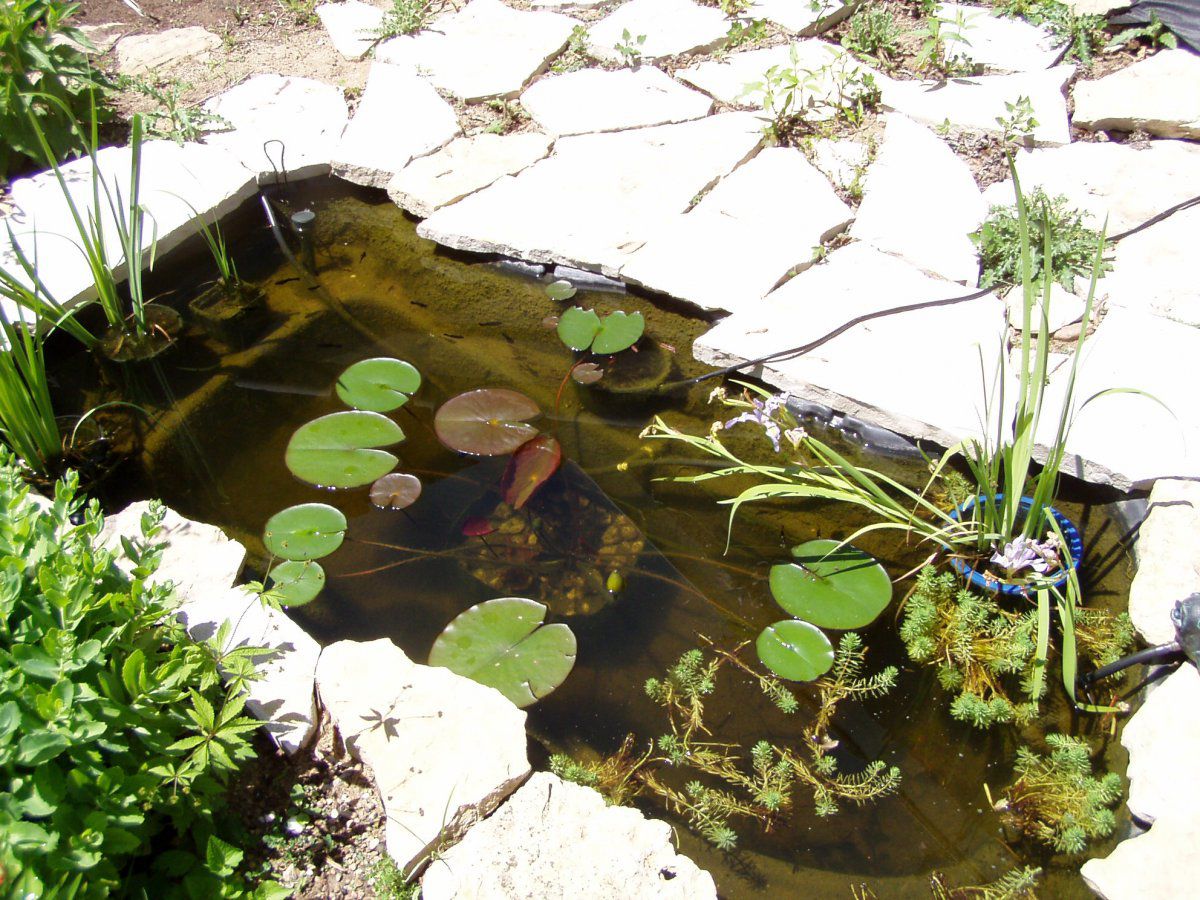 Old hydrotherapy tank disposed of at work hauled home to the backyard: 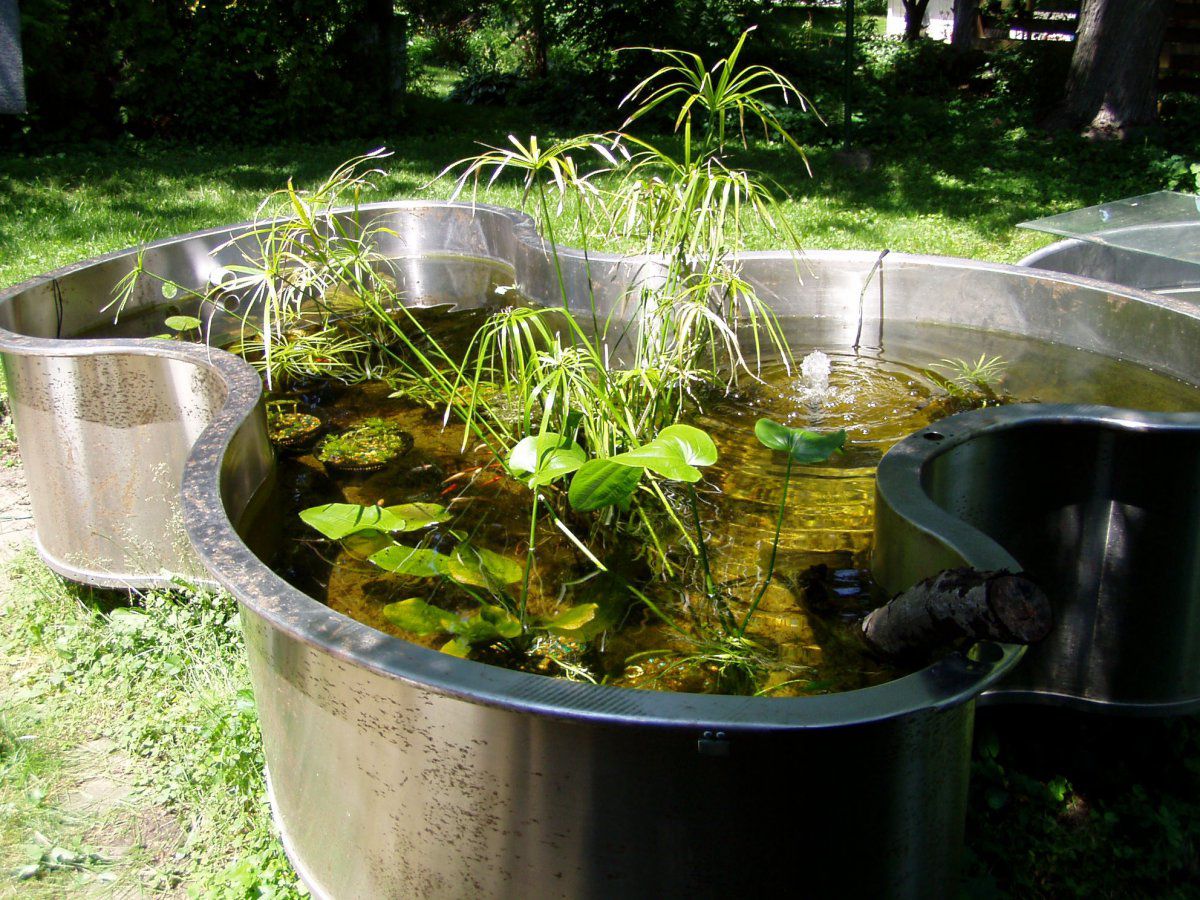 Left these behind when I got a different house, started using 300 gallon Rubbermaid stock tanks: 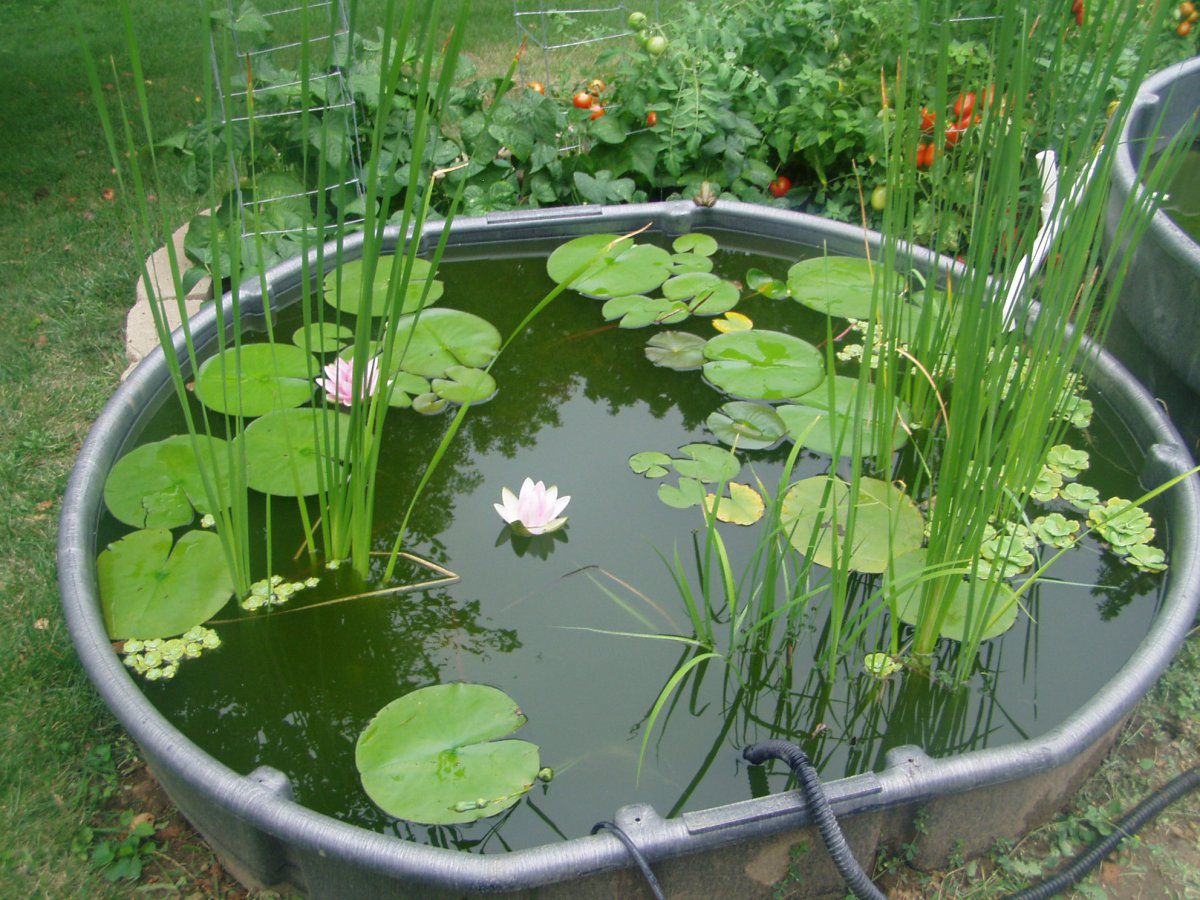 Recently achieved substantial completion on my first liner pond which is what brought me to this forum-looking for ideas on edge designs and techniques as well as liner construction-thanks to all here on the forum for the many pictures and experiences. 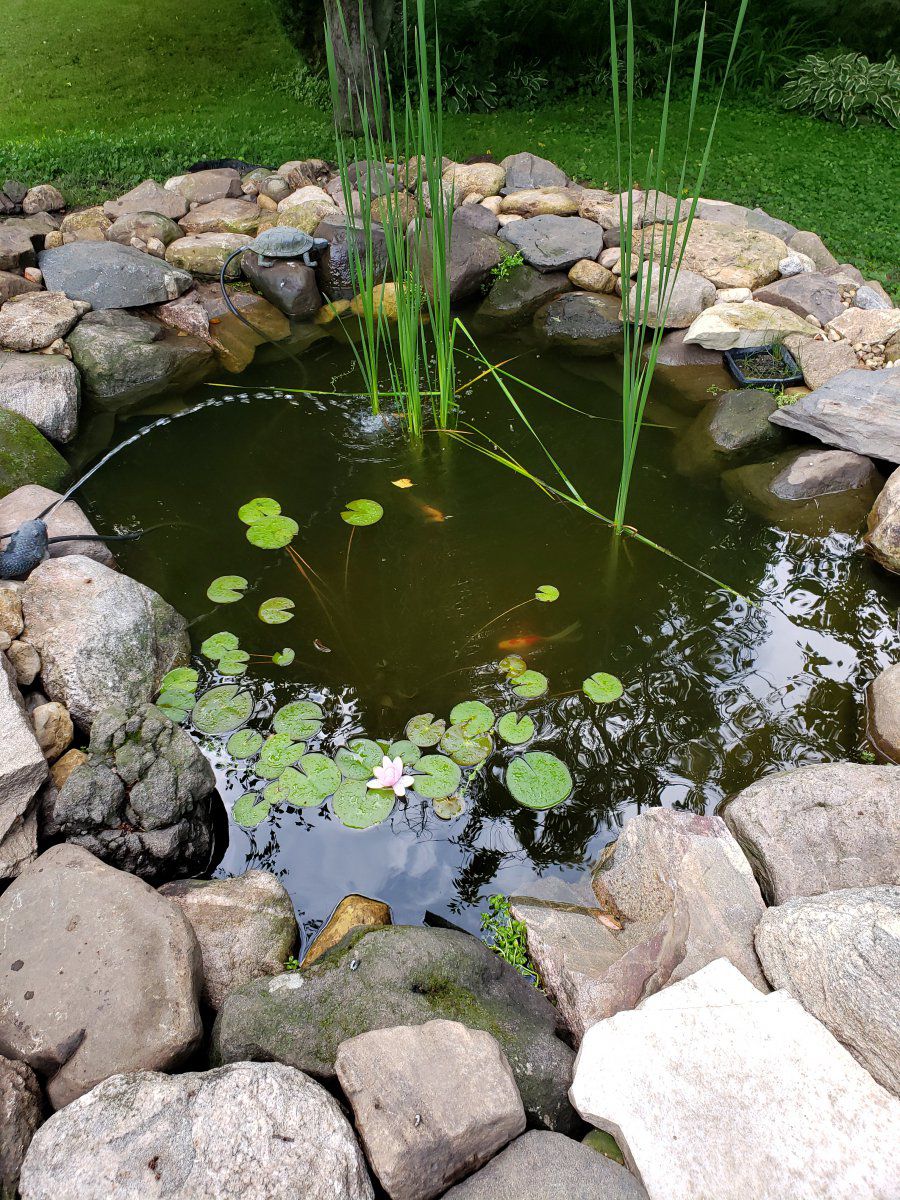 I finally decided to dig a pond in the ground after years of procrastination and various injuries preventing heavy digging. I also needed to exercise with a goal so I started my Pondercise project.

I had bought a Henri Water Gardening Pondalene liner at a store closing sale about 15 years ago. It appeared to be PVC, 20'x12' and 32mil thick. I considered a new 45 mil EPDM liner but I had this one, and if it did not last, exercise was a goal anyway so I would replace it.

There is limited sun in my yard so the best place was a slope beneath my existing Rubbermaid pond. I started digging and built a bank on the down slope to level the pond. The dirt on the slope is near the back of my house so I assume it is mostly fill from the foundation hole, full of rocks and gravel of all sizes.

As I was digging, I would hit another clump of rocks, clear that out, hit some more and the pond became a bit wider than I intended and almost too wide for the liner. It did not help that once unpacked, the liner was 8" narrower than listed on the box. I had just enough to cover the top of the berm.

I was concerned about the erosion and settling of the berm so I picked up a small EPDM liner on clearance locally to layer underneath the short end of the primary liner, and cover the outside of the berm.

For underlayment I used 4'x125' 5.6oz. Duraweb geotextile non-woven polypropylene purchased from a local home improvement store. I used multiple crisscrossed layers due to all the rocks in the soil. It was a bit troublesome to keep the strips in place while walking on it to place the liner so I might go with a one piece underlayment if done again.

I built a ledge about foot down from level to hold my edge rocks to prevent liner from showing and have a nice natural edge. I would have liked a plant shelf but raccoons would have been in it and used it for a fishing platform.

Most of my edge rocks were on my property and a coworker with a small farm gave me the rest from his rock pile. All were placed manually, using a sling made from geotextile with some of the bigger ones.

Halfway through placing the edge rocks, I put a hole in the liner on the ledge shifting a rock with a sharp edge. After patching, I installed a strip of geotextile between the rocks and liner to prevent future mishaps.

I patched it using Tite Seal EPDM patch kit supposed to work on all liner materials. Seemed to adhere pretty good but to reinforce the edges, I used PL Polyurethane Roof & Flashing Sealant. Since I was in no rush, I let it cure almost a week to be sure, before filling back up. 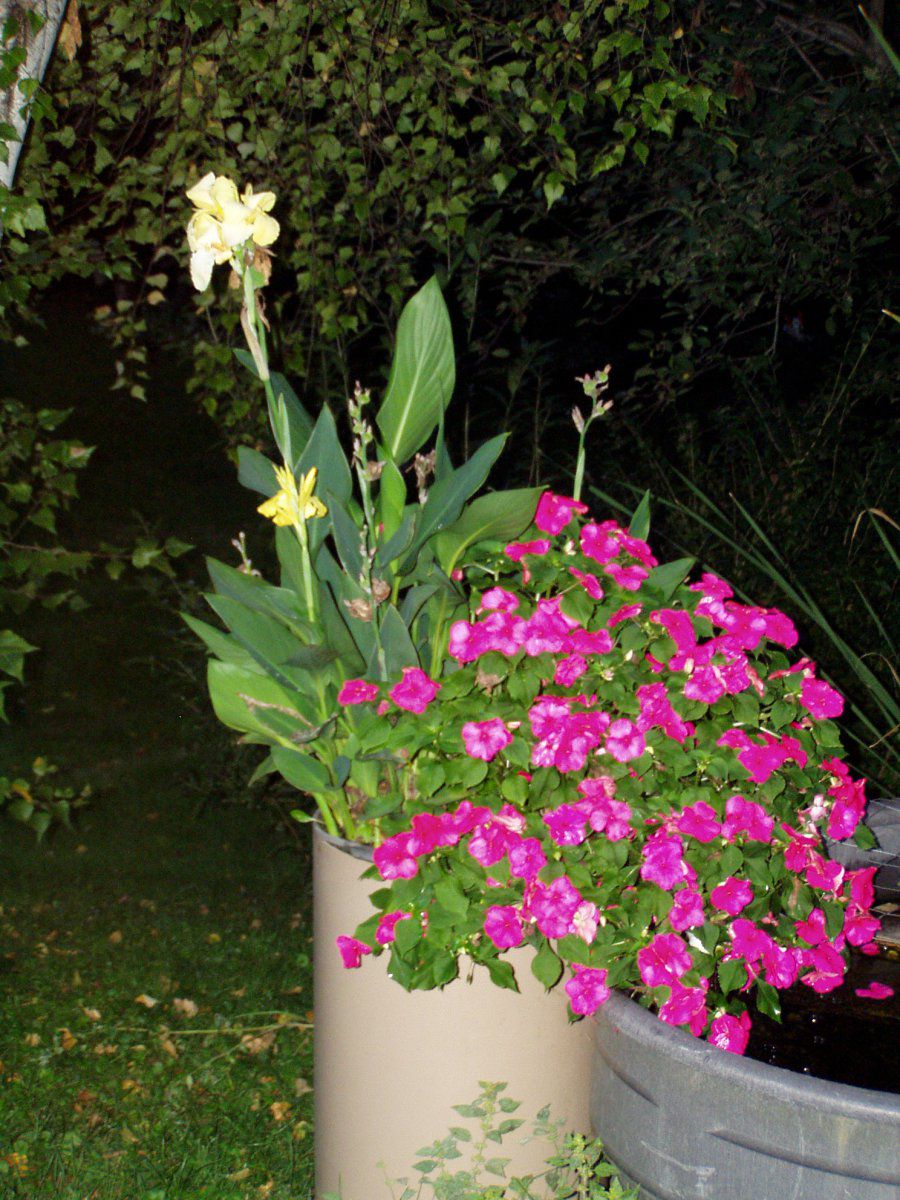 I stocked the pond with several lunker goldfish I have had for years, a hardy water lily, horsetail rush and some cattails I got from a friend, whose goldfish I used to winter, retiring his small pond.

Since covering the berm resulted in a rock pile, I wanted to break that up a bit using plants in the crevices.

Hen and chicks, Edelweiss on right, Iris above between the edge rocks: 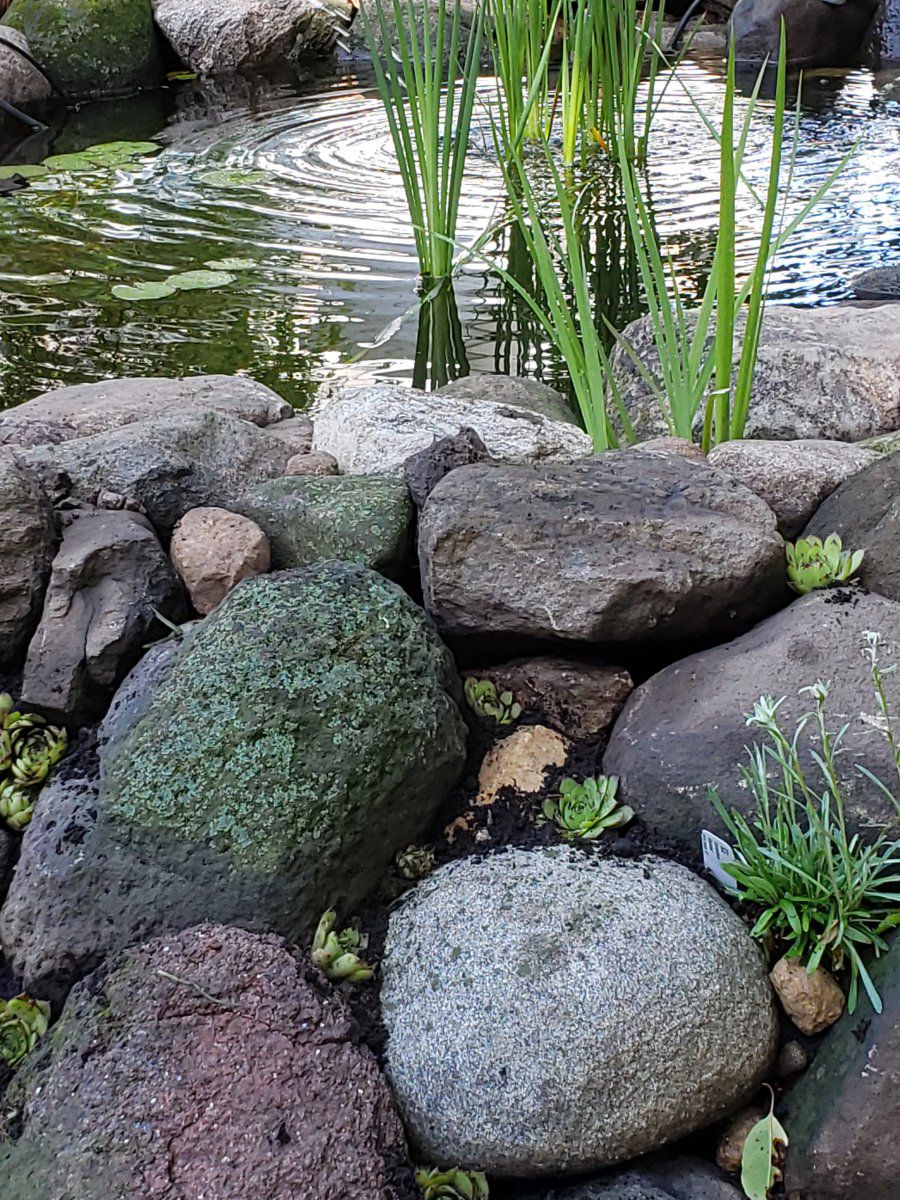 Bacopa monneri from my aquariums, roots in the water between rocks: 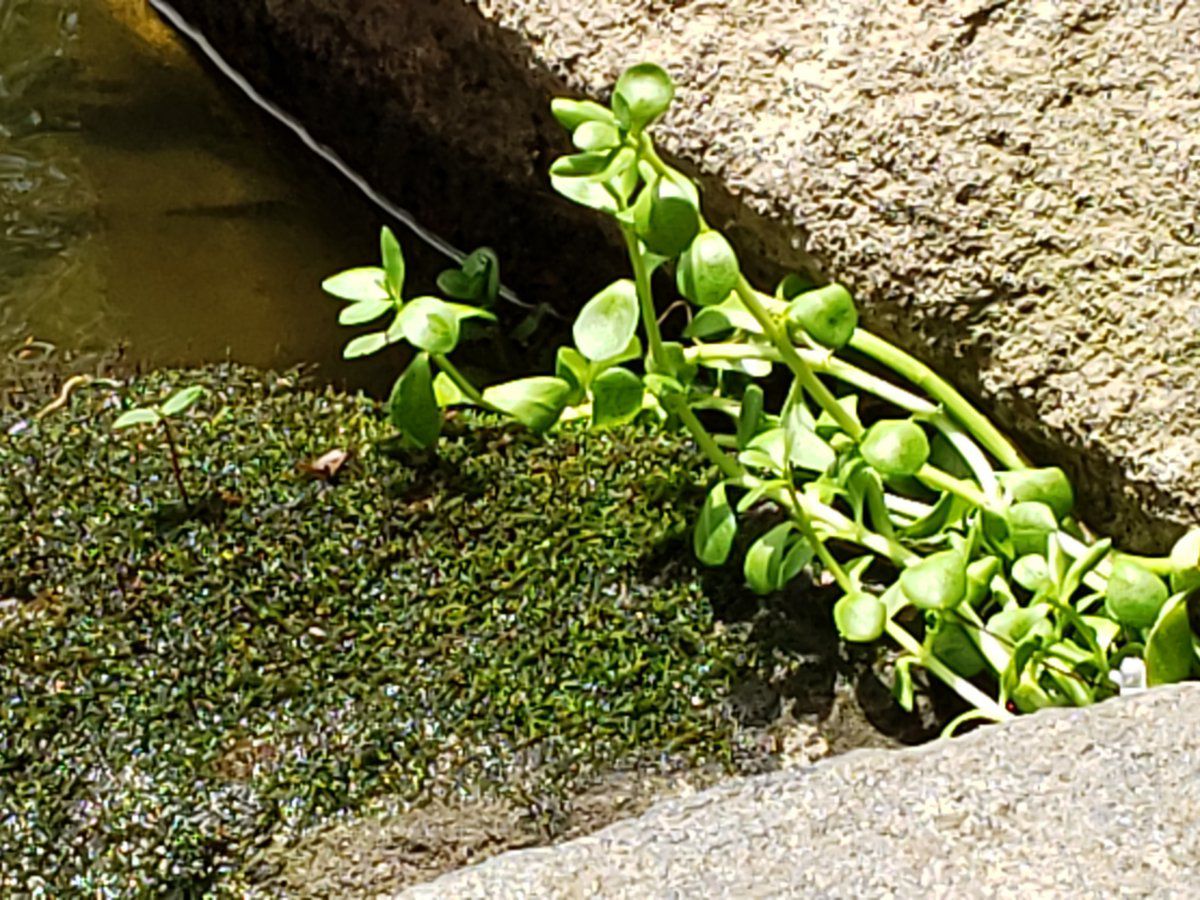 Sunrise on the pond: 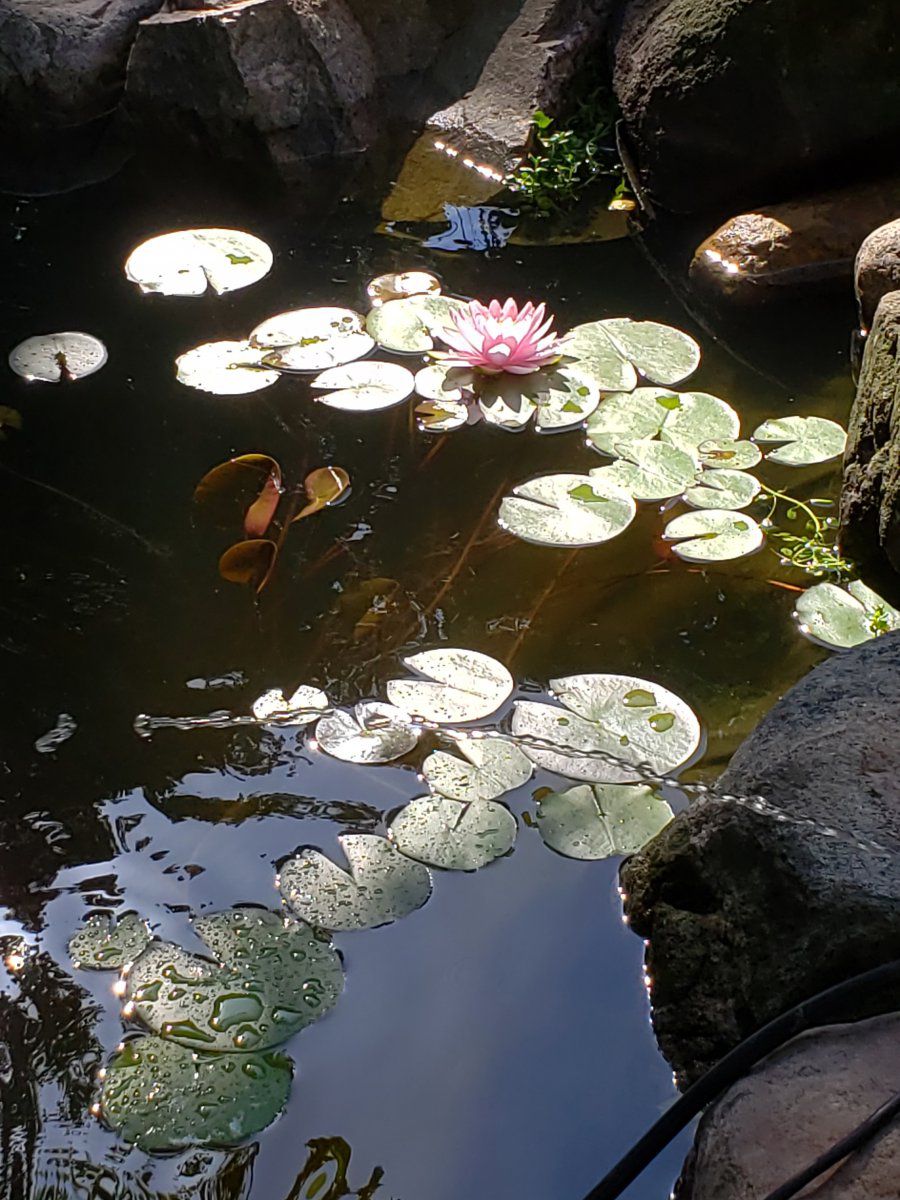