Some of you may know, some of you may not know, EAA Airventure is the largest aircraft convention and fly-in in the world and it takes place in Oshkosh, Wisconsin. Over 10,000 planes fly in over the week that it takes place. People come in from all over the world. Each day has a four hour airshow, among many other events going on, and two of the seven days also have a night air show. I've gone up for the day 6 times since 2003. I dream of someday being able to camp the full week up there.

Due to the way things worked out, I got a late start and didn't get up there as early as previous years, which led to the longest lines I've ever seen. The vehicle line was over an hour long, then another 10 minute wait at the parking lot for a bus to shuttle everyone to the entrance, where there was another 20 minute wait to pay to get in. While it's the largest event of its kind, this was the first time ever that the Navy Blue Angels were there to do a full performance. Limitations with the small aerobatic box led to jet teams not being able to do full aerobatic performance until a few years ago.

By the time I got into the event grounds, the airshow was underway and a bomber extravaganza was happening. I missed all the pyro, but was lucky enough to see all of the bombers in flight as well as everything else I hoped to see. I have far more photos that I can possibly share, so I'll try to limit it as much as possible.


Back in 2005, I saw a B-2 stealth bomber at the same show, but lost all the photos I took of it, so I was thrilled to be able to finally see it again and get photos of it! There are certain planes that you never know if you'll see again, and this is one of them. 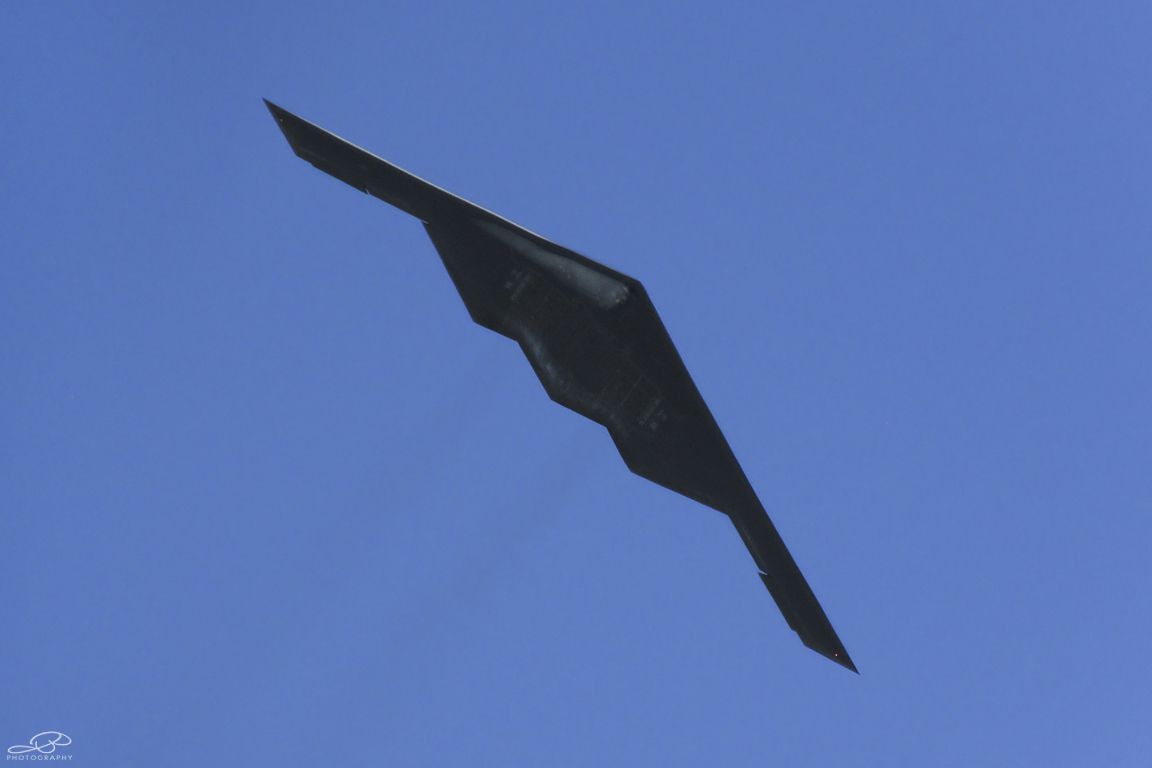 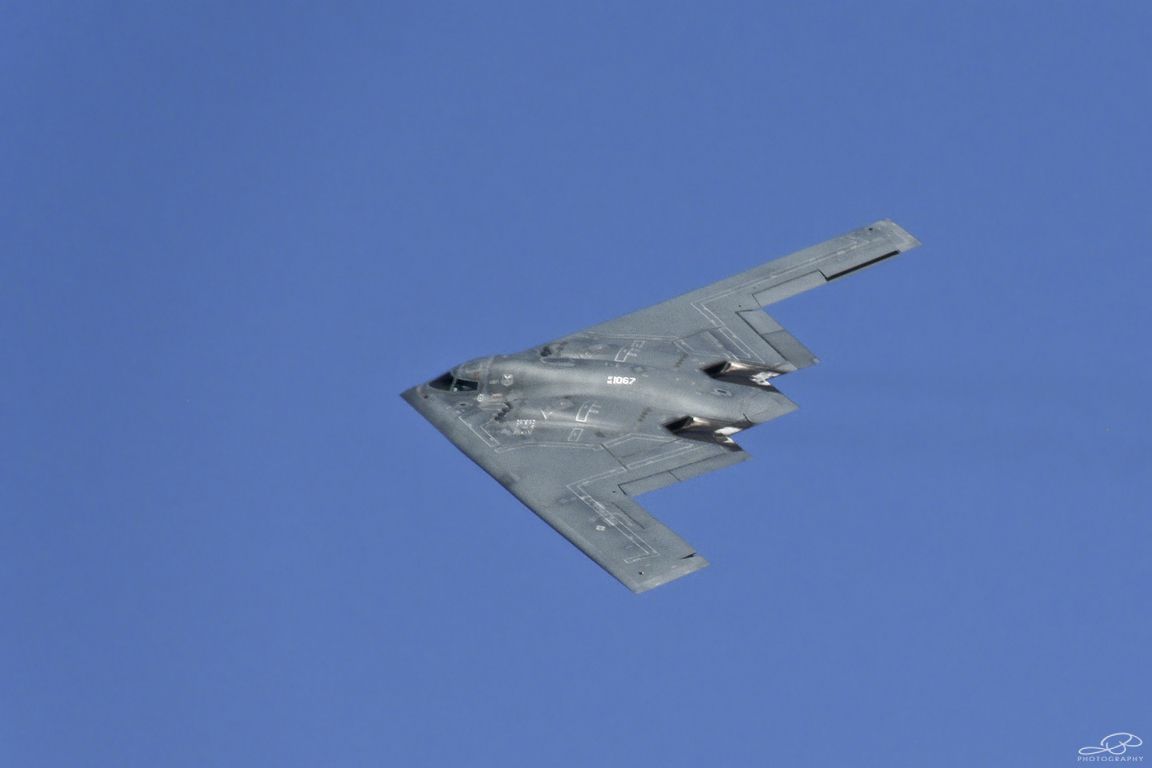 One of my favorite bombers to see in person is the B-1. They also had one on display. 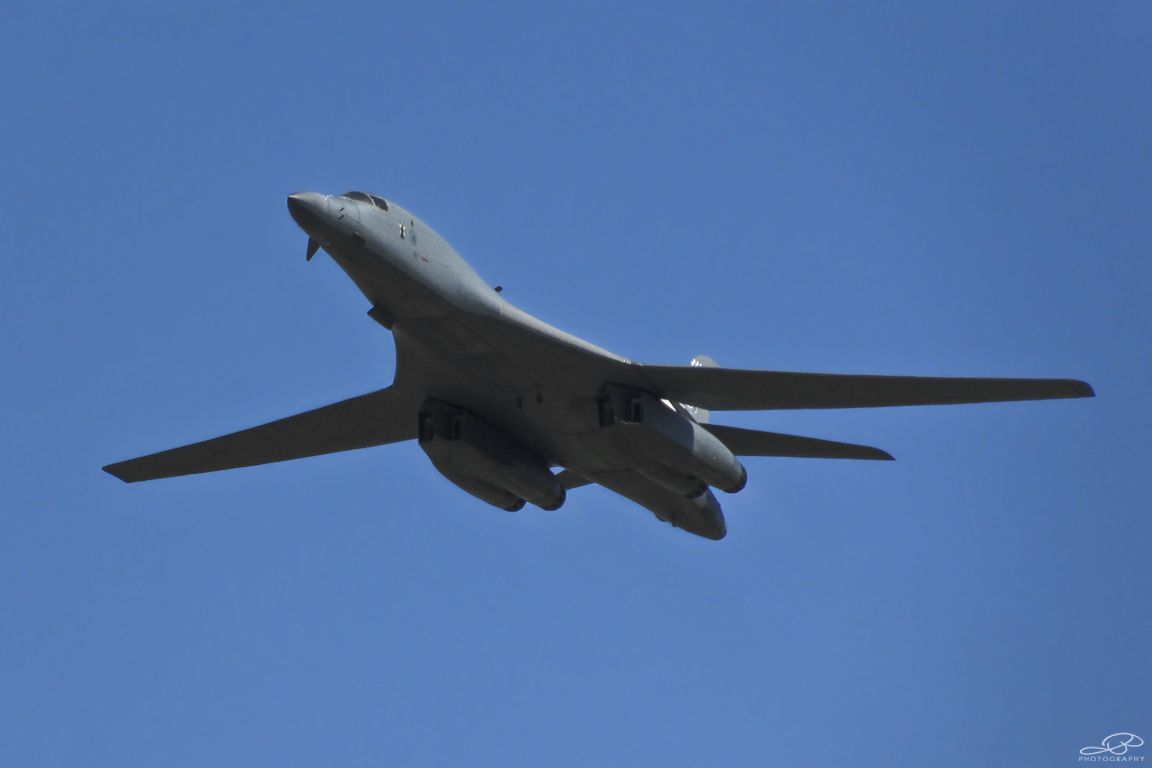 Another bomber was the absolutely massive B-52 Stratofortress. 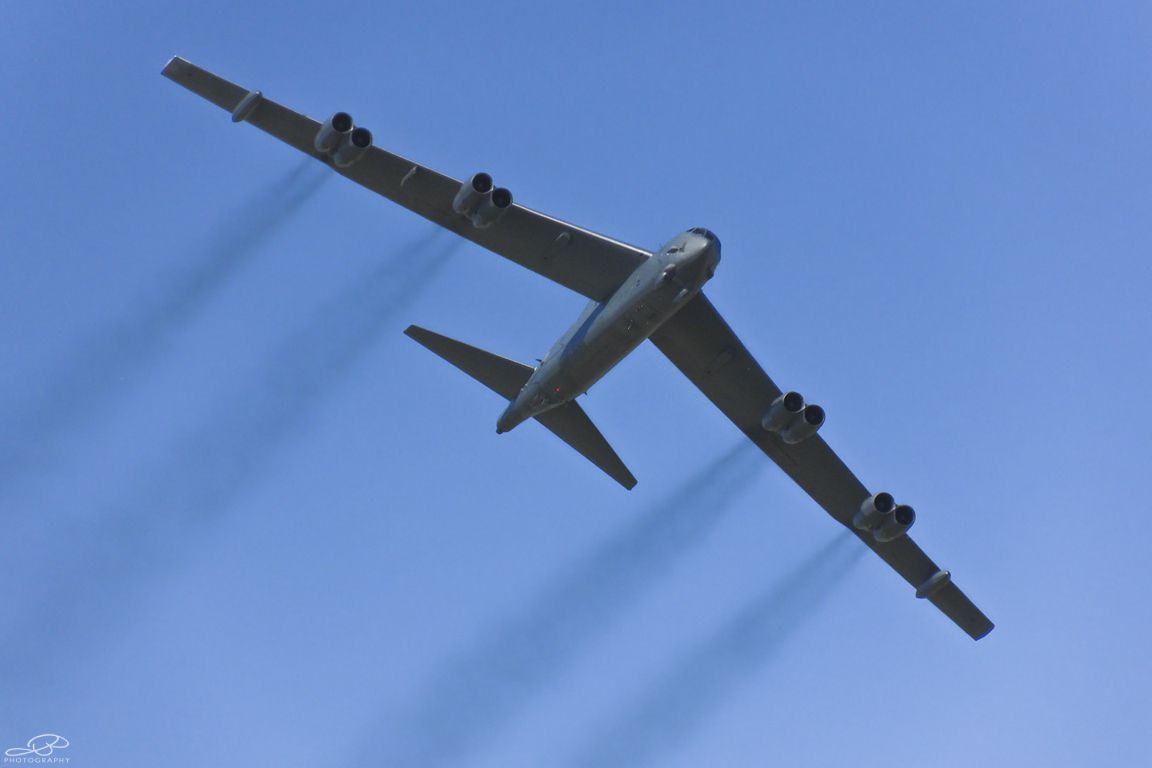 They had quite a few prop-driven bombers too, but the big deal was they had the only two flying B-29s in existence! A few years back only one of them was in flying condition. 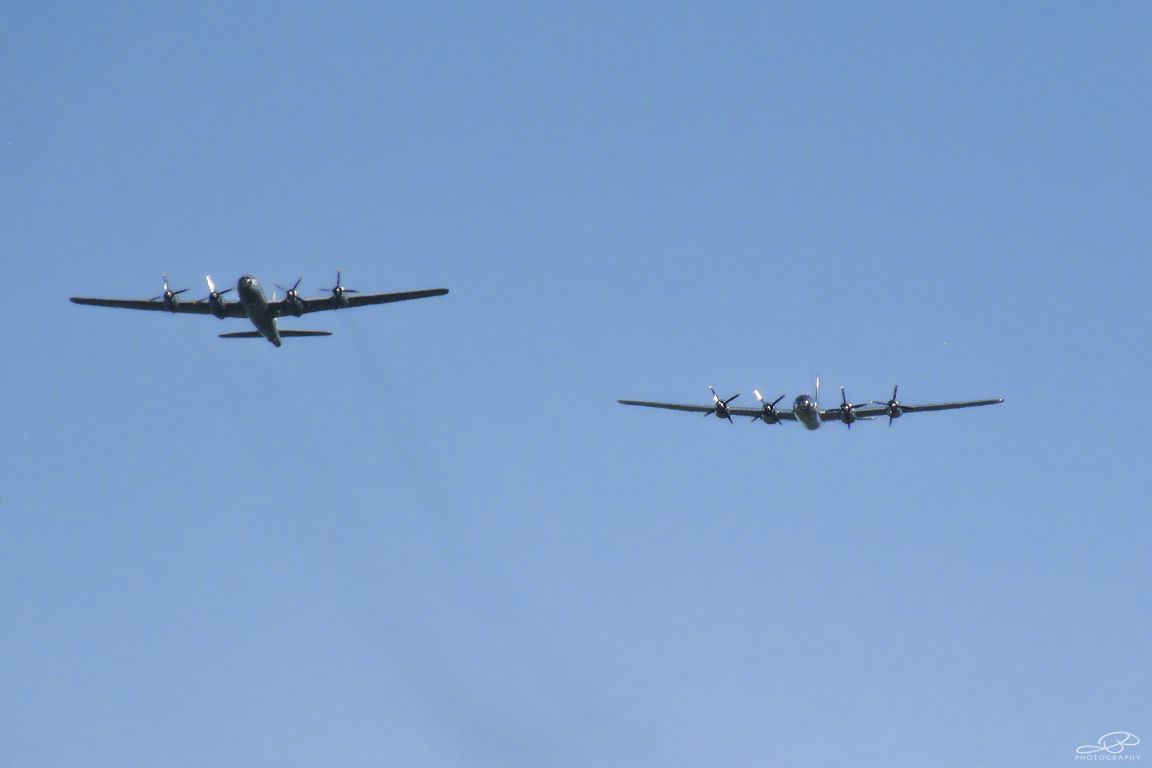 The brand new F-35A Lightning II was also there. It isn't doing full demonstrations yet, but it is included in USAF Heritage flights. This has to be the loudest fighter jet I've ever heard. I've been wanting to see it for years so I was thrilled they had it. Rumor is, it will begin demonstrations as soon as next year. 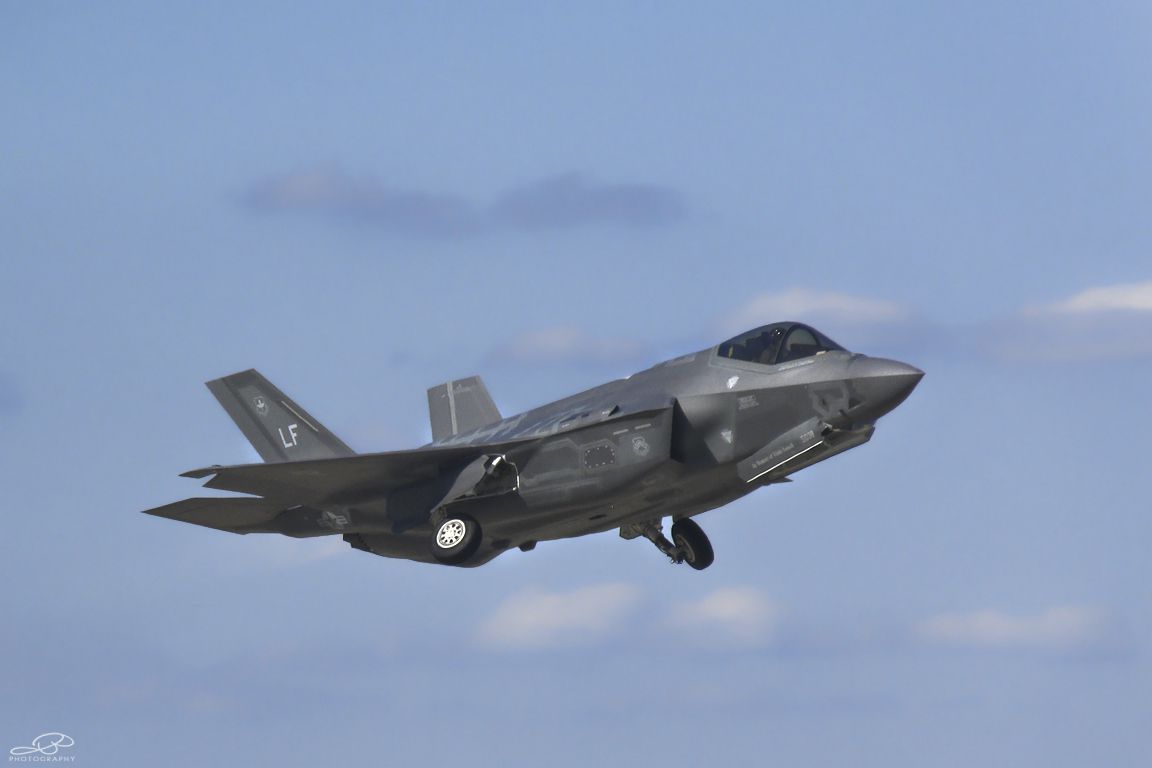 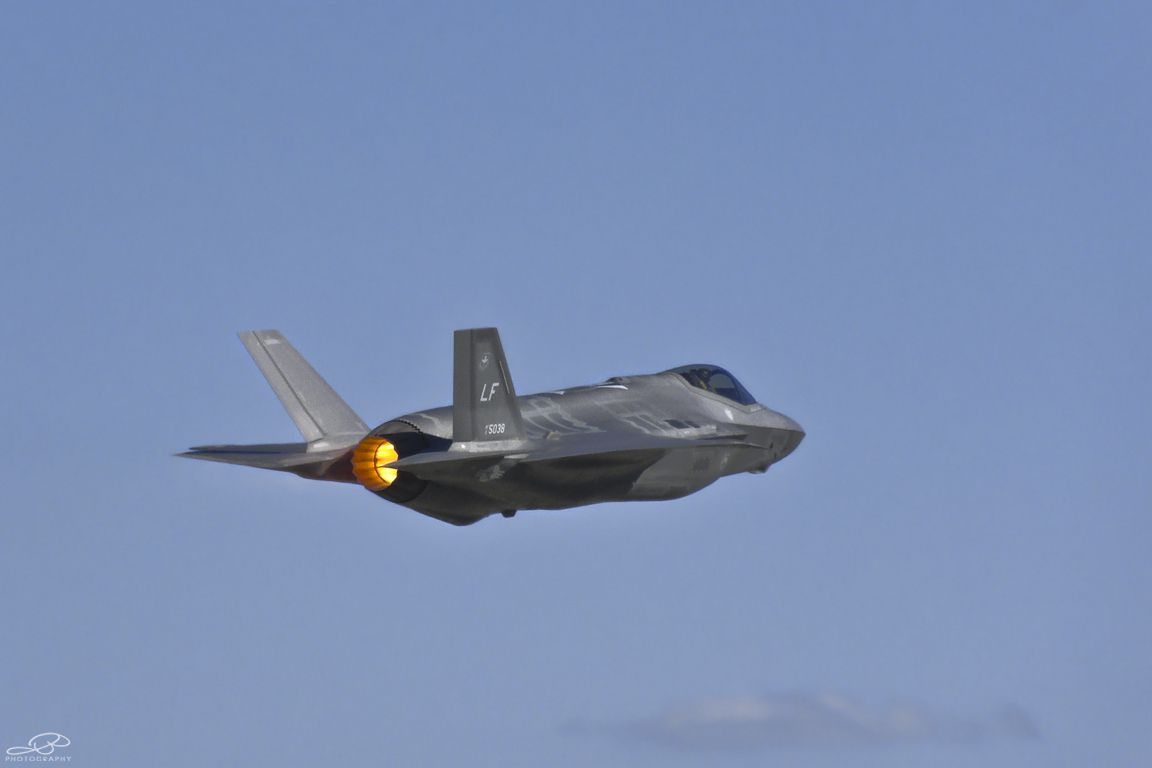 During the USAF Heritage flight, it flew with two A-10 Thunderbolt IIs and a P-51 Mustang. 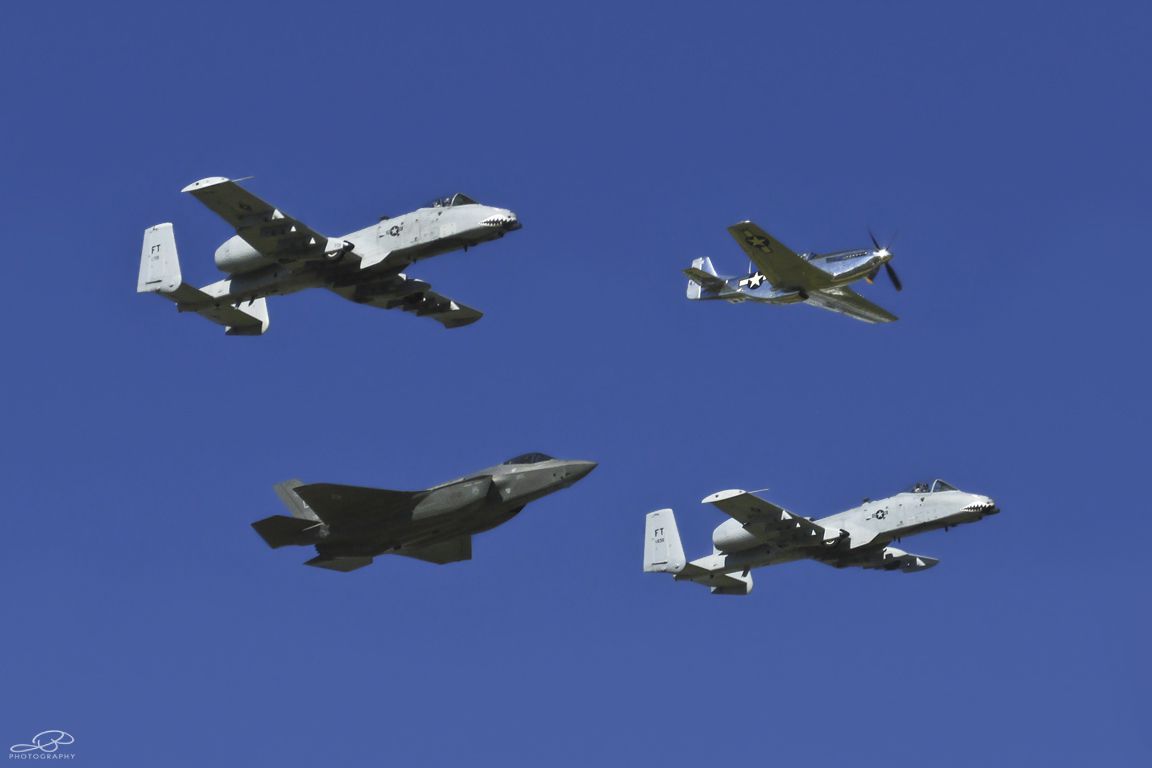 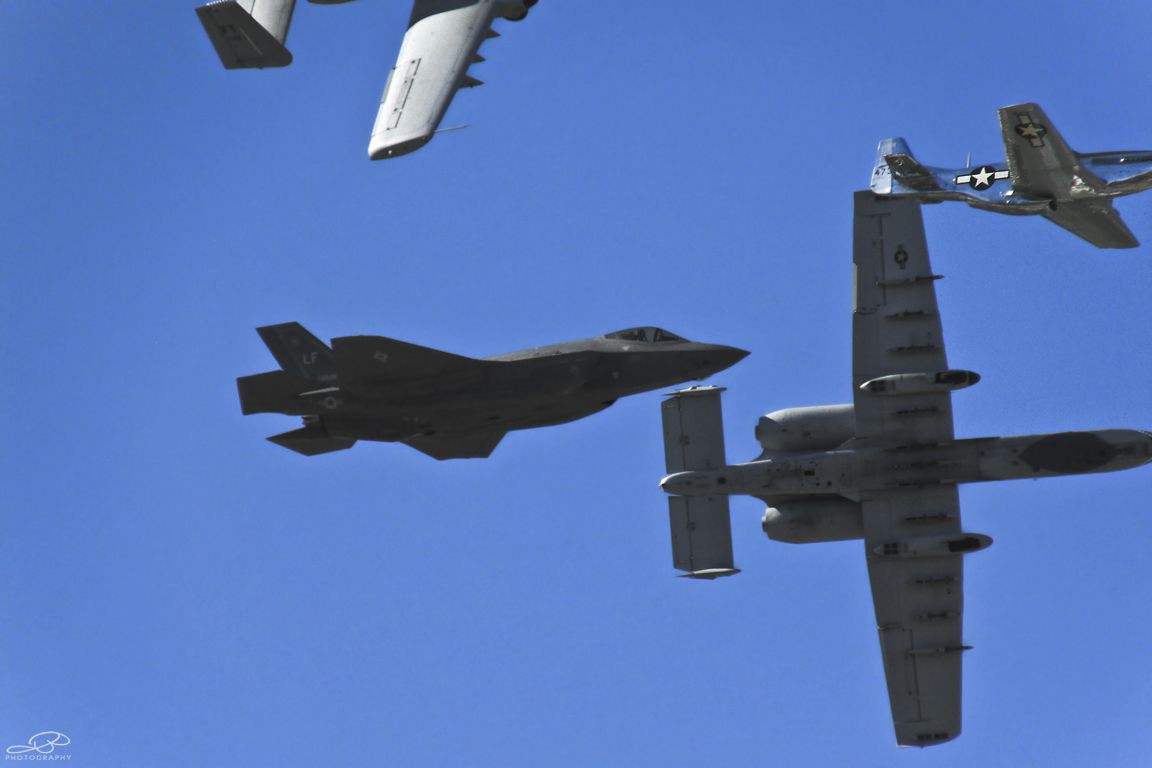 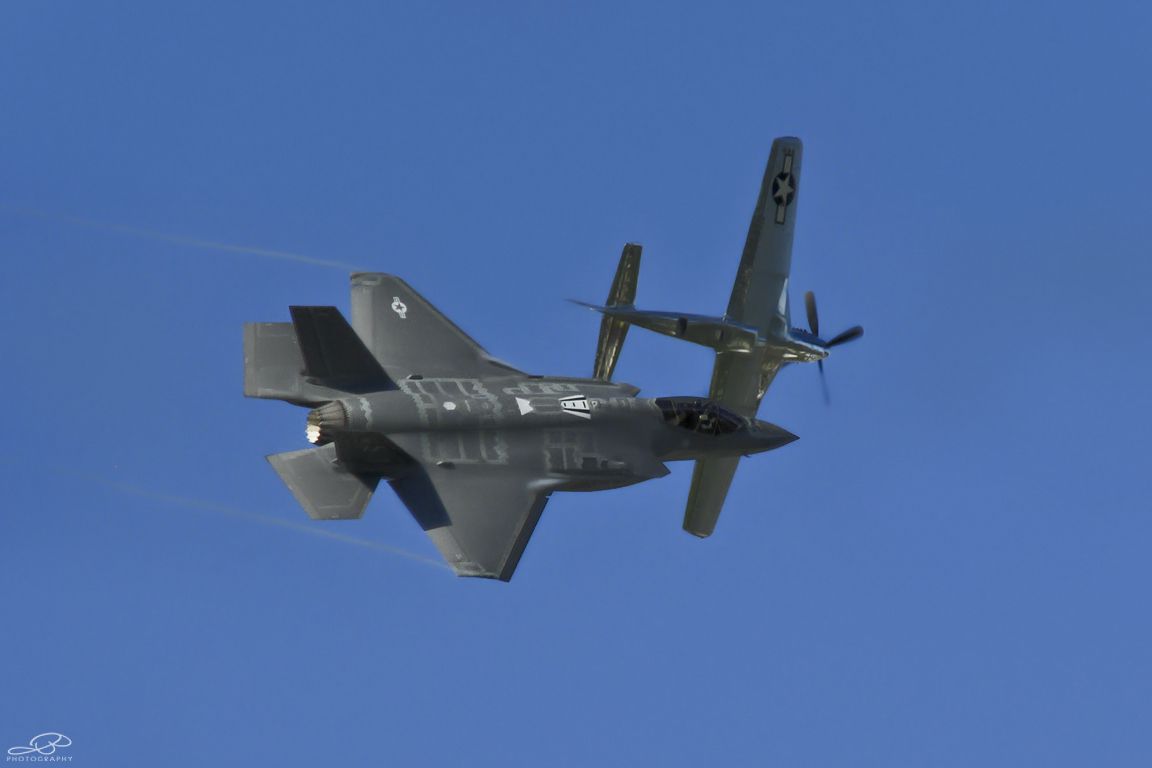 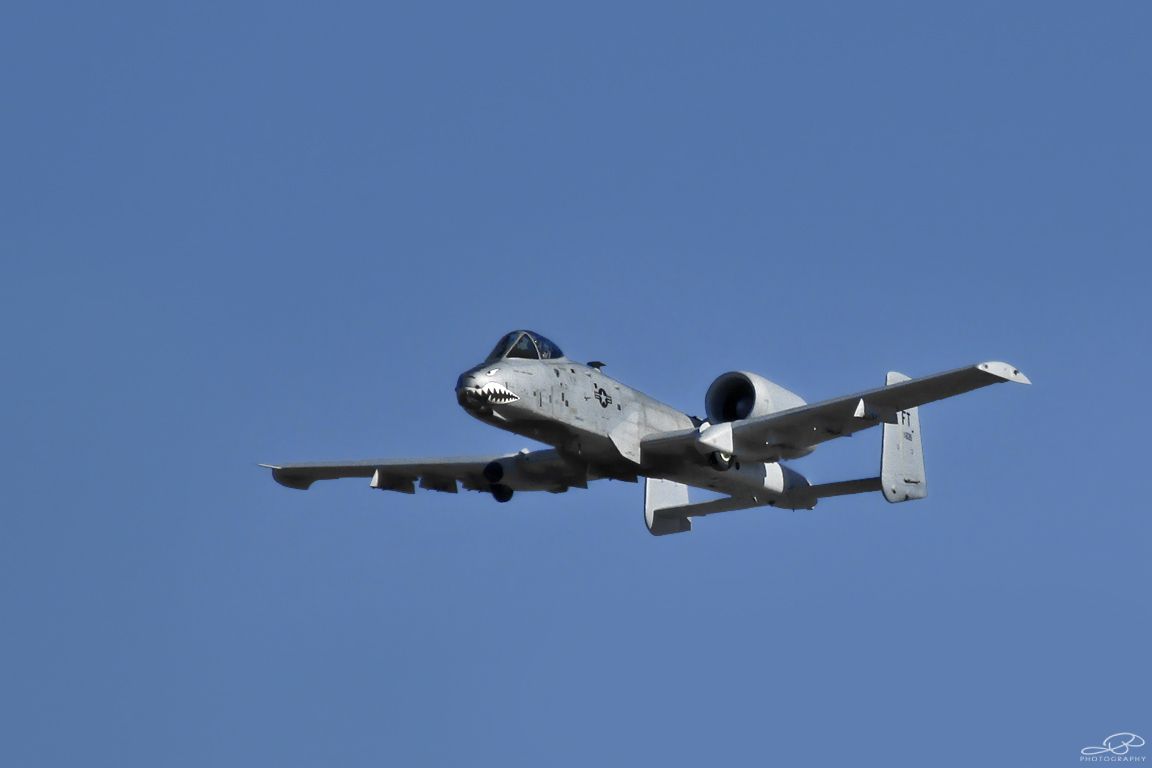 The show closer, as you could imagine, was the Navy Blue Angels. Some of you might remember I just saw them a couple weeks ago at the Milwaukee Air Show, but this was a much better performance! Being at an airport rather than at the lakefront means you get to be considerably closer to the action. They also did the full show, which they did not do at Milwaukee. They also had all 6 jets up and running. Only 5 in Milwaukee. 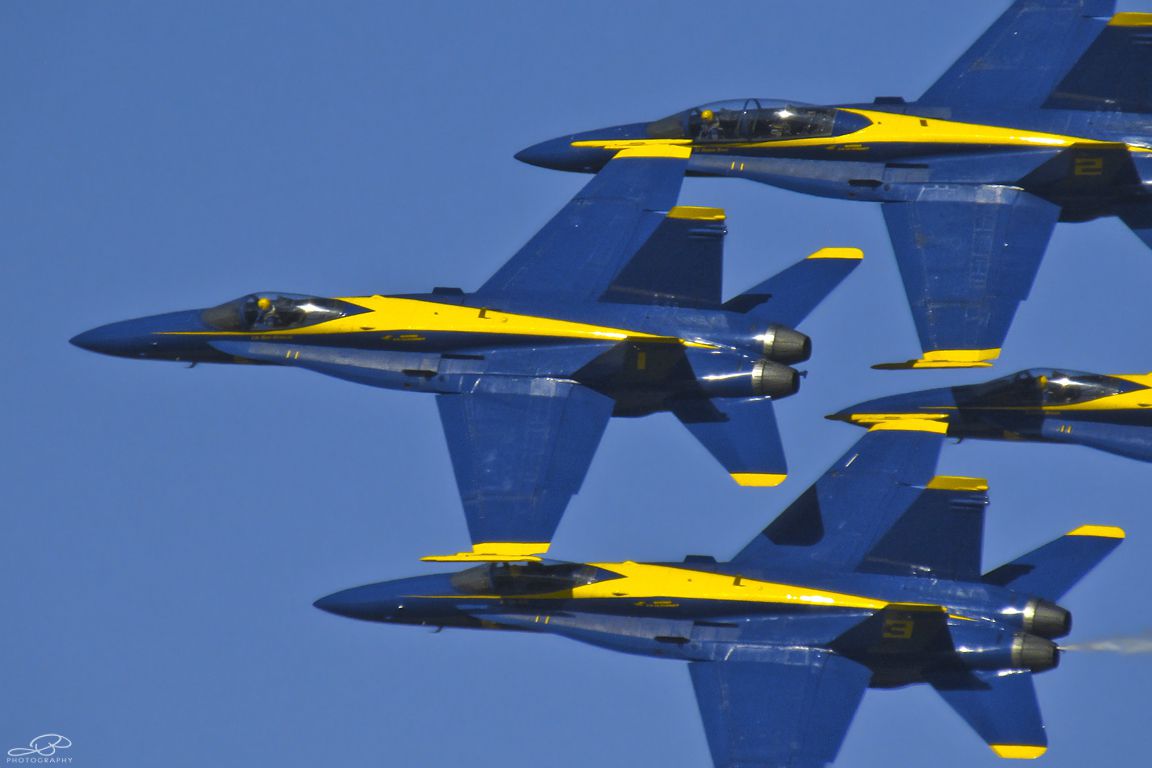 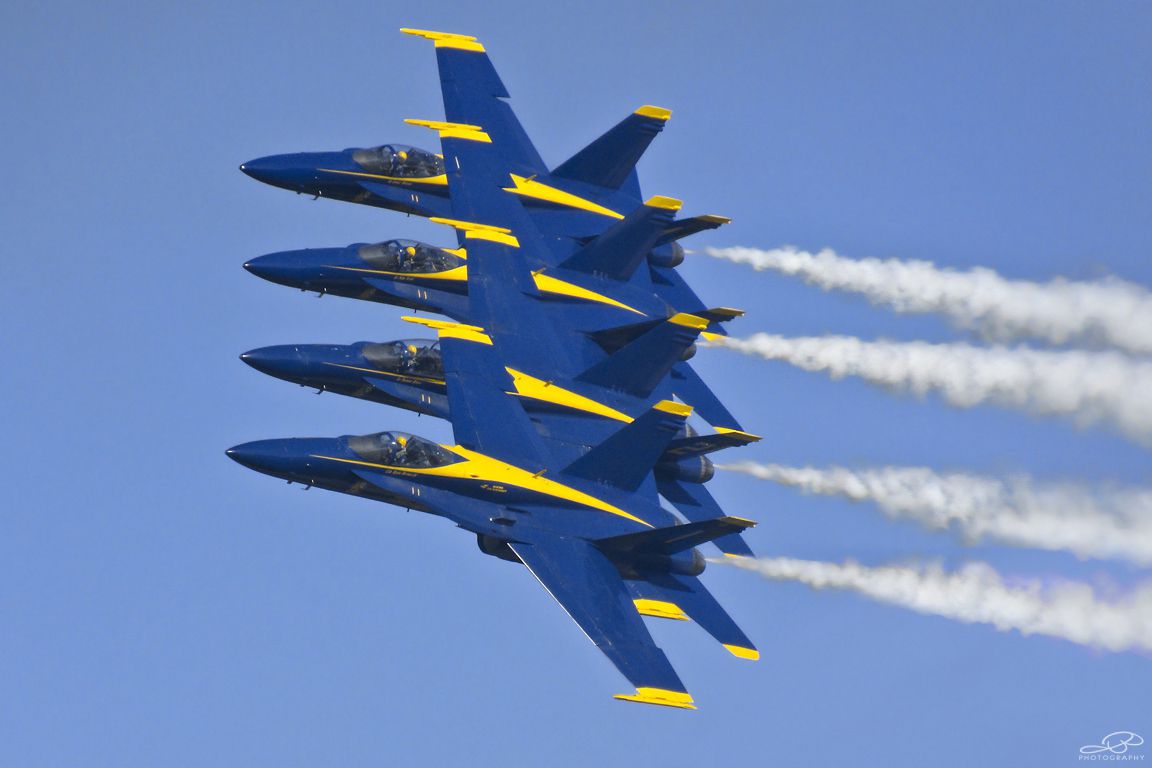 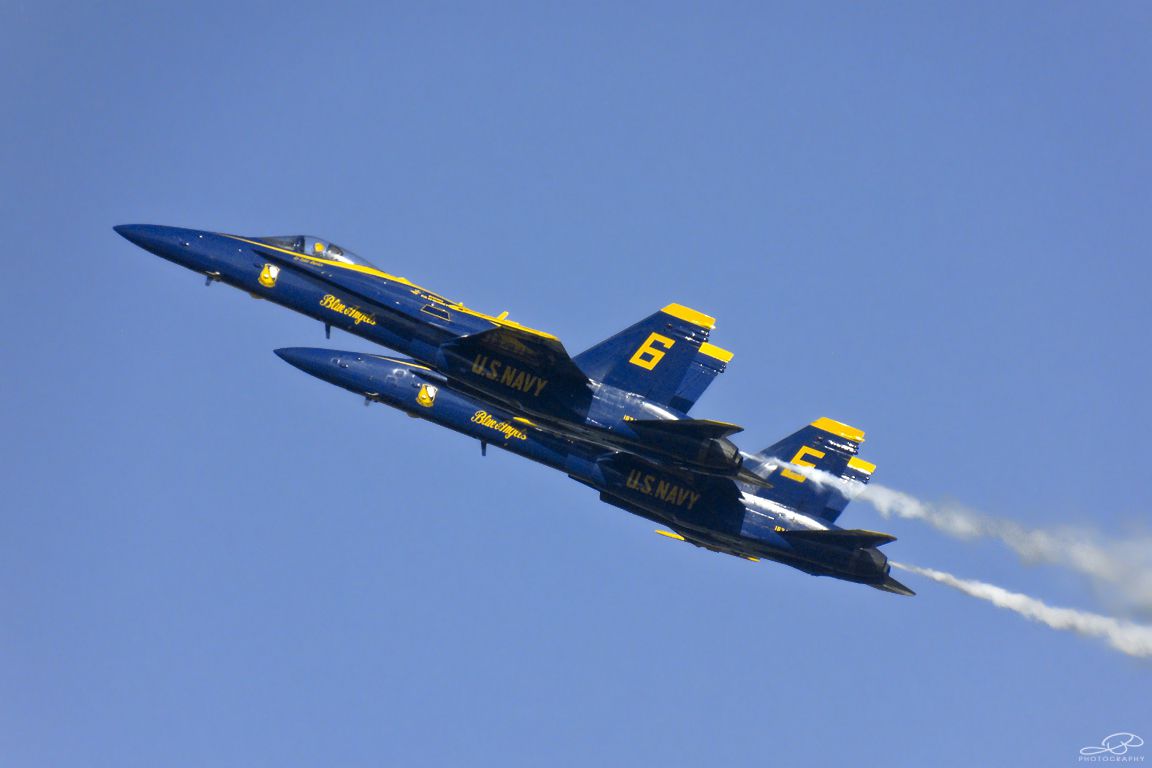 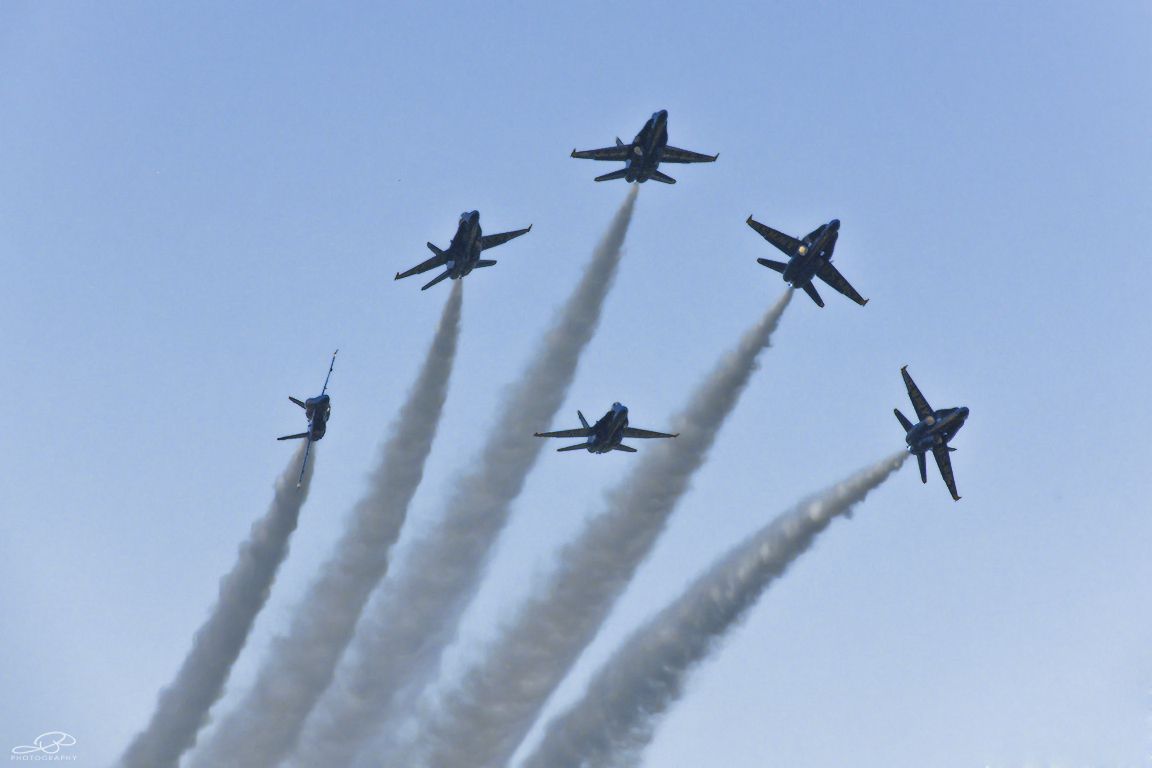 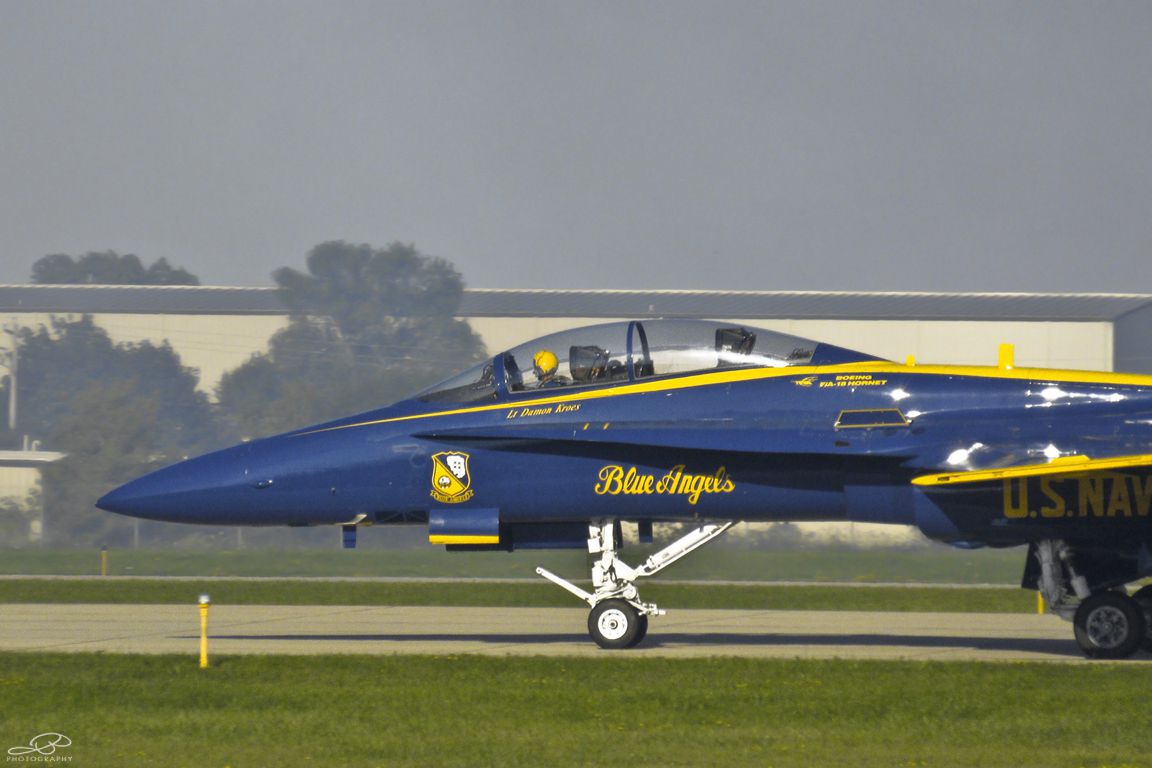 The show also had two of my favorite aerobatic performers, Sean D. Tucker and Gene Soucy. 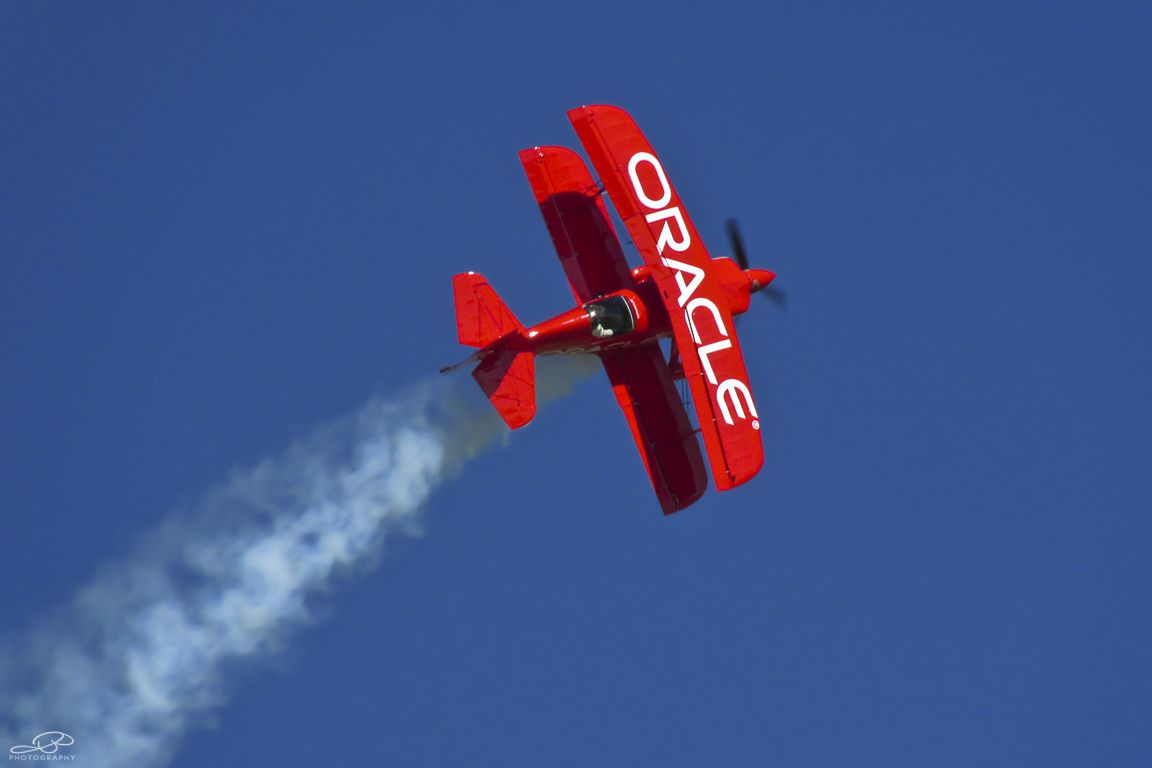 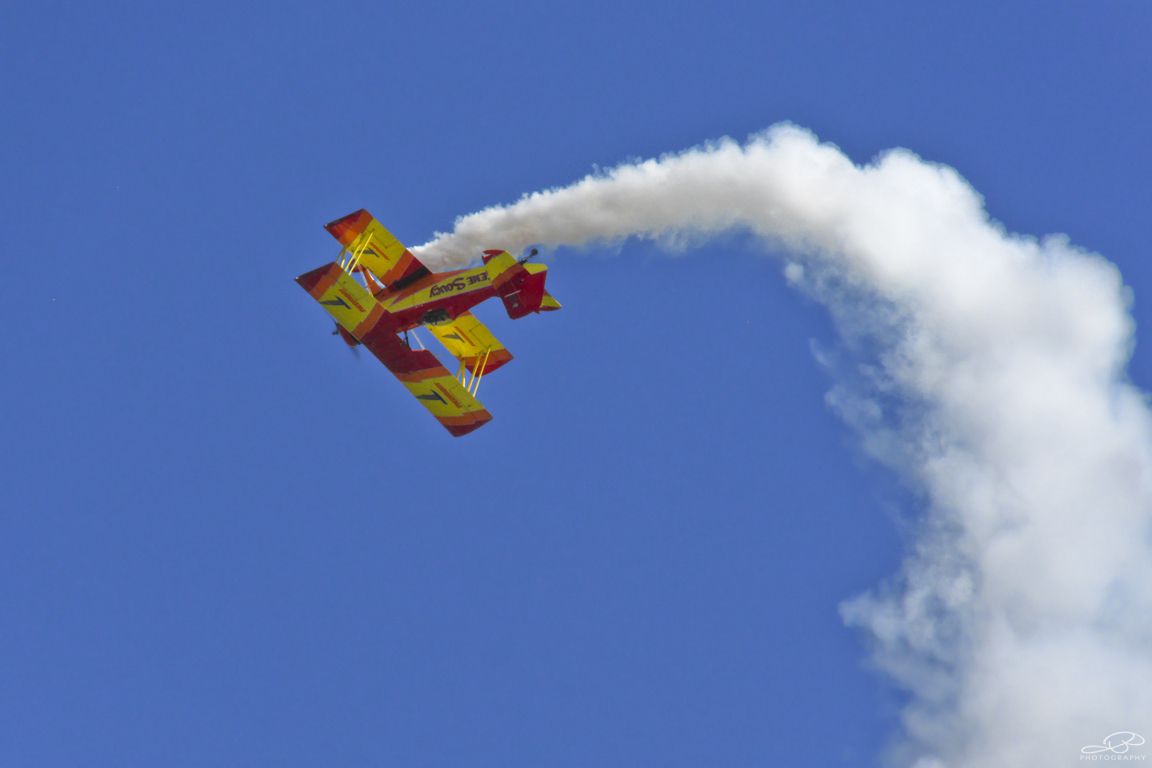 Because this is a convention and fly-in, there's considerably more to see and do around the grounds. I don't really get into much of the "do", but I try to "see" as much of it as I can while I'm there. Certainly not possible to see it all in one day. Of the 10,000+ planes that arrive at Airventure, at least 2,000 are on display. One of my favorites was this F-22 Raptor. I've seen them do multiple demonstrations over recent years but have never seen one up close. 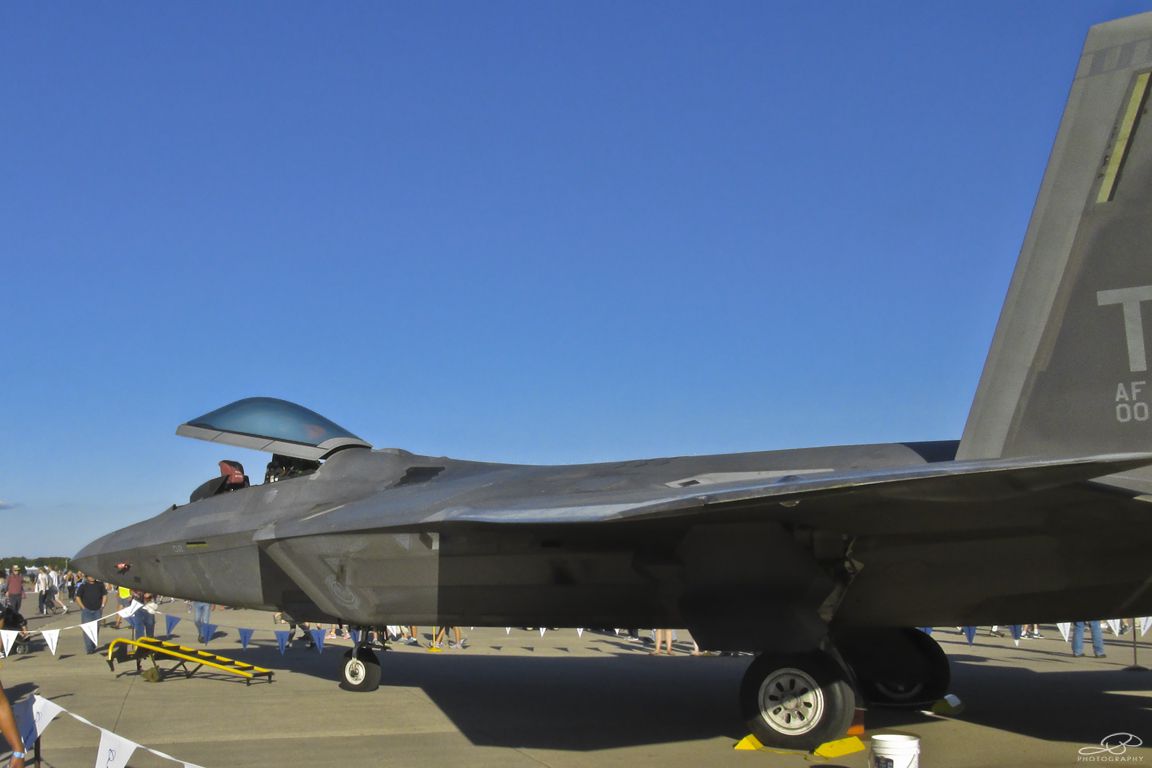 Another that I enjoyed seeing was this F8F Bearcat with the Blue Angels paint scheme, which is exactly what the Blue Angels flew in the 1940s. I'd love to see more F8F owners paint their planes the same and put together a 1940s Blue Angel show. That'd be a lot of fun. 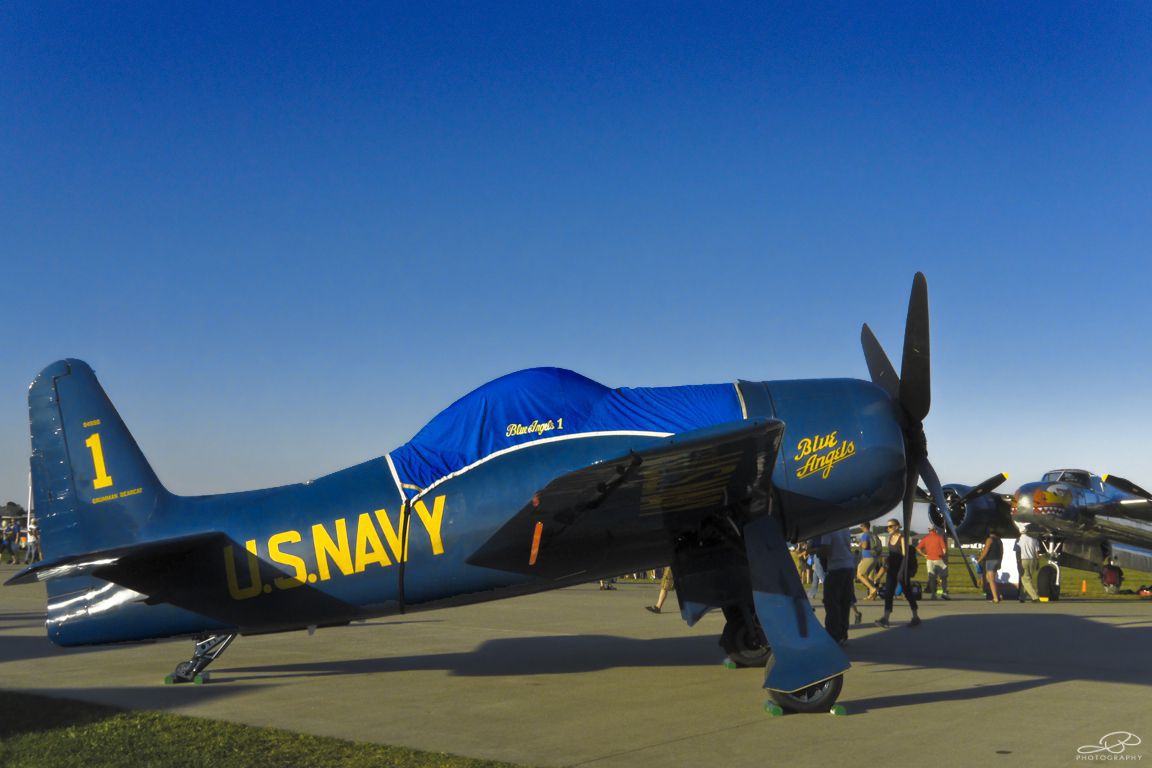 If you'd like to see the rest of my photos in slideshow form, as well as all the video I took, check it out here. None of it does justice to actually being there and experiencing it. Airventure needs to be experienced in person to truly understand why it's so great.

Wish I was there, I heard this one being a HUGE event!

Oh, it was also cool taking a photo of the plane that was also on my shirt I was wearing that day. 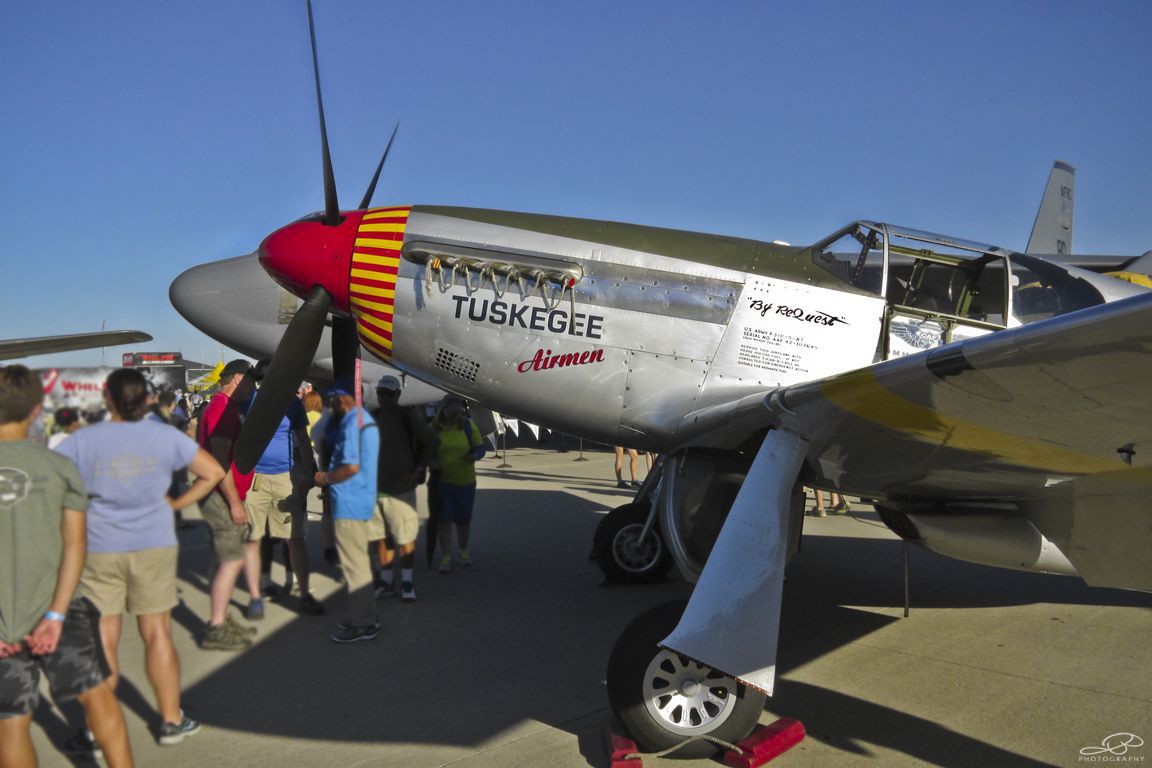 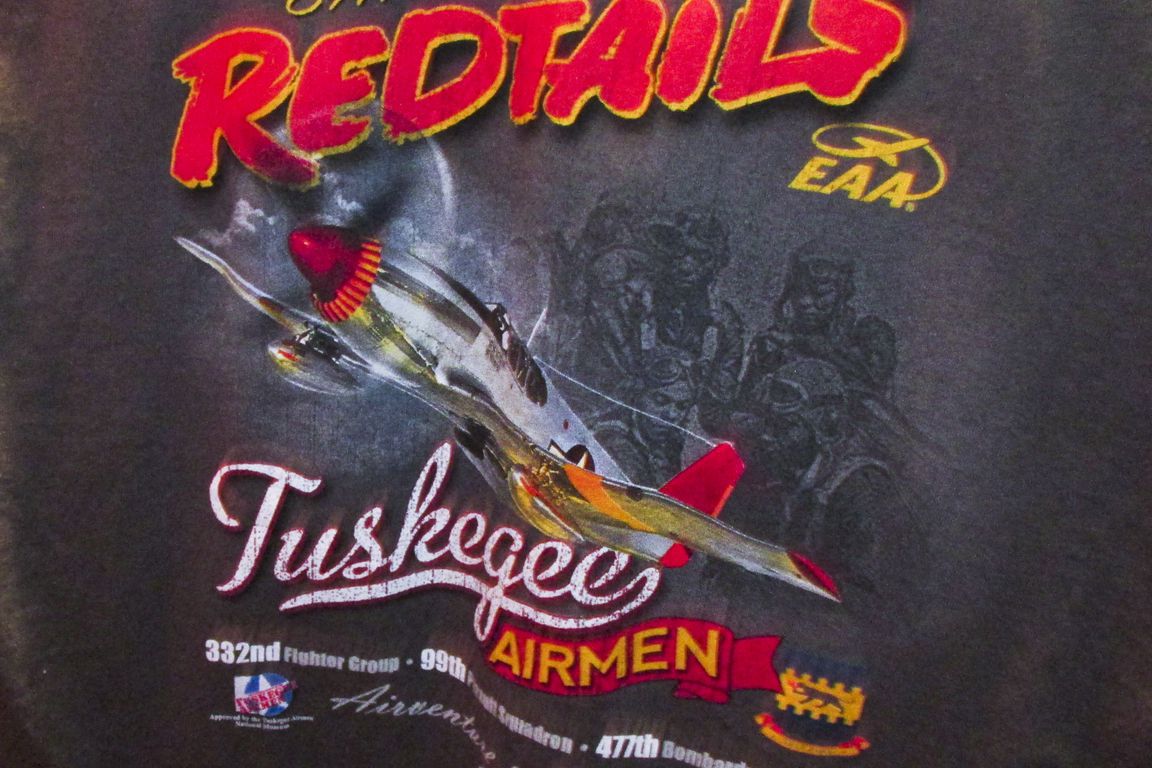 So cool! We are always aware when the EAA show is on as we see lots of unusual planes overhead heading to and from. We went once years ago - it's a spectacular show to see!

Lots of beauties flying for you and the crowd! You took great pix!
Ad

Amazing photos. I've just seen these after you posted the link at GF.

What an incredible display they have - would you say that this is one of the best airshows to catch in the US, in terms of flight displays? I'm very tempted to try and make it there one day!

Ian said:
would you say that this is one of the best airshows to catch in the US, in terms of flight displays?
Click to expand...

I'd say Airventure is more than likely the best event in the world. I'm not aware of anything that would compare. That's why so many people from all over the world come. It's the complete package. It's on a completely different level than an average airshow.

I've gone six times and have still not seen everything there is to see because it's simply not possible to see it all in just one day. That's why I hope to someday camp there all week long. I've never been to the seaplane base, I've never seen the ultralight area, never been to the museum, etc. Most of what I have seen, I rushed through just to be able to see as much as I could. The airport grounds alone can take multiple days to explore.

On top of that, they have a four-hour airshow all seven days. That airshow typically includes an hour of vintage warbird demonstrations, where they have had more than 30 planes in the sky at times. Sometimes they surprise people with flybys that aren't scheduled, not to mention the flybys that happen during the day when the show isn't even going on. There is always something in the sky. Planes arriving, planes leaving, planes circling... In 2012, we had a surprise B-29 flyover. This year, an L-39 did a few flybys. We also had a surprise A-10 demo at the start of the night show. The two-hour night show and firework show that they do twice a week is a great way to end the day.

I haven't even mentioned the movies they play, the Q&As they do with pilots, the Warbirds In Review where they setup next to a old warplane and teach people about its history, the workshops, the flight simulators, concerts, and even a small flea market. They do hot air balloon launches. They do bomber demonstrations. They put together large fly-ins early in the week where dozens of the same type of plane meet up at a nearby airport and then all fly in and land at Airventure at the same time. They have airplane and helicopter rides. They give away merchandise if you're at the right place at the right time. This year, they started "twilight fest", which is a smaller airshow with small aircraft and parachute teams that takes place near sunset on the nights when the night air show isn't happening.

Obviously, I could go on and on. I'd recommend reading through their website. It'll give you a good idea about most of what they have, but still doesn't cover everything that goes on during the week.