When looking for a leak, consider ALL possibilities

I'm hoping this helps someone else. So back when I put in the stone patio the company cut my flex pvc that was already running and put in a pvc connector under the stone patio which of course began to leak. I paid them additional money after it broke because the company I hired claimed it was my material's fault even though her guys told her it was probably the joiner they put in. So I paid a lot of money for her to reroute ALL the plumbing for both pumps outside the stone patio.

Fast forward to today. I came outside to a pool of water on the backside of the patio that would only subside if I turned my bottom drain pump off. I dug around where it was pooling and found the flex pvc tube going under the patio which they had promised they had rerouted and of course did not. So, angry and assuming over the years the leak became bad enough to had eroded under the slab and finally broke through I cut off the pvc, found the other end of the flex pvc not underneath the patio and rerouted the plumbing. Turn on the pump, the water once again began to flow out from underneath the patio (which again I assumed) and out the flex pvc. Now this made no sense since I had eliminated the flex pvc "problem" under the patio so how could it possibly still be flowing outward and again, ONLY when I turned that pump on? Water was coming out of the cut flex pvc but only on that side so I used az wet dry vac to blow out any excess water and turns the pump on again. And again it began to leak water out of that same area. Now I'm mad and confused as heck. A friend said to eliminate the flex pvc as the issue, shove a rock under the open end and elevate the cut pipe and turn the pump on again and watch if the pipe continues to leak. I did and this time I finally finally FINALLY saw the problem. It was the waterfall leaking backward and following a trail that led it to pool directly underneath that flex pipe. It was never coming from under the patio but draining down the wall to that area from the waterfall. So an all day issue turned out to be fixed with a 10 dollar can of waterfall foam.

The moral of the story is don't get fixated with an assumption when it comes to a leak. Consider ALL posssibilities and do your best to trace the source. I'm still happy the plumbing is now all out from under the patio minus the bottom drain return of course but I would have saved an all day job if I had just been more interested in tracking the source of the water instead of the assumption. 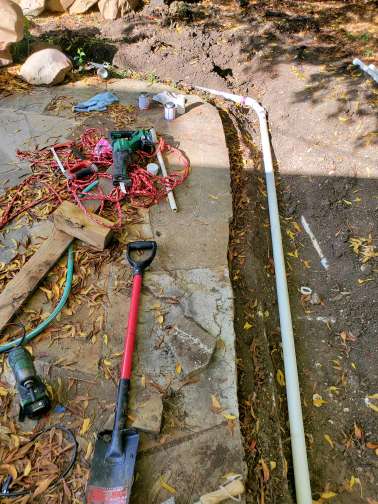 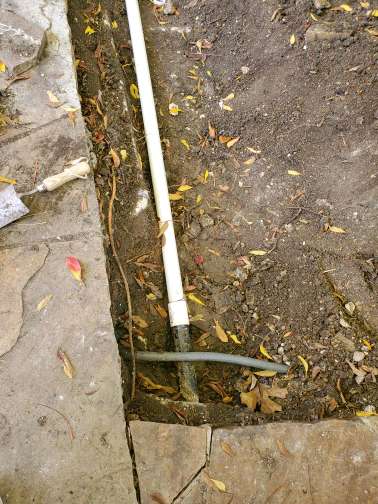 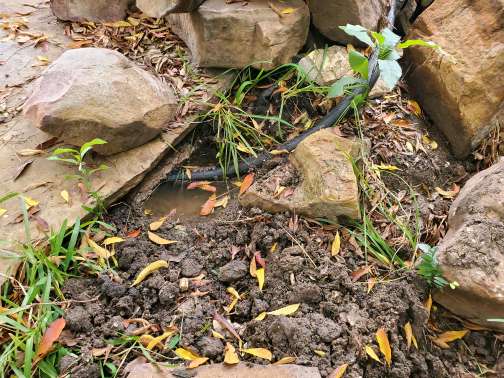 Might want to put a control valve on the waterfall so you can close it off in the future when needed. Tracing plumbing leaks is like tracing my wife's credit card spending - you never know where on Earth you will be taken...
Ad

texmaster said:
The moral of the story is don't get fixated with an assumption when it comes to a leak. Consider ALL posssibilities and do your best to trace the source.
Click to expand...

I think you just put your finger on the single greatest impediment to problem solving -- being so thoroughly convinced on a single assumption's validity that we miss all the other possibilities. I can't tell you how many times I've caught myself doing this. Or worse yet, failed to catch the error in time...

Many years ago, as part of a training session, I was part of a team that was assigned to "break into" an industrial facility. We investigated the place and decided that the easiest way in was to climb over a wall next to a heavily-fortified back gate. We set up a whole complicated plan as to what we'd need and how long it would take us, and then proceeded to put our plan into action. Once inside we were all very proud of our accomplishment.

Until, that is, our instructor followed us in by the simple expedient of unlatching the gate and walking right in... Turns out the gate wasn't even locked! So much for assumptions! ;-)