I made a common (?) mistake the other day. I had recently repotted my water lilies. Well, of course, they haven’t had a chance yet to get well-rooted.......and I accidentally pulled one out of the pot. When I repotted them, I was lazy and running low on kitty litter, so I actually put 2 rhizomes in one pot, thinking if they grew overcrowded I could go back later and repot them separately — so there is still one in the pot and it’s thriving.

I don’t want to get back in the pond to deal with this issue right now, so for the time being I tucked the fully leafed rhizome under a rock along the edge of the pond — it’s only maybe 6” deep. I know that’s probably not ideal for a water lily. I thought about weighting in and letting it go to the bottom (to grow bare-root), but the most shallow area of the pond is around 3 feet deep. Is that too deep for a water lily? The pot it was originally growing in was elevated on a milk crate, so about 18” from the surface. It’s a Sioux, if that helps. Very agressive grower!
Ad

I think the Sioux likes to be about a foot and a half deep. But with an aggressive grower I'd be a little afraid to let it loose!

Lisak1 said:
I think the Sioux likes to be about a foot and a half deep. But with an aggressive grower I'd be a little afraid to let it loose!
Click to expand...

Good point! This is the “creepy” lily that literally crawls out of the pot! And when I say “creepy,” I mean that not only does it “creep,” but it looks like a creepy alien creature!

Solution found! I made a mesh “basket” to hang off the side of the pond (well anchored to a post.). I put some pea gravel at the bottom, added the rhizome, then a little more gravel. From where I had the rhizome stuck under a rock initially, it was already producing a healthy crop of roots. So now it’s safely contained and is about 12”-18” below the surface.

Do you have a photo of it @Mmathis ?

Yeah, but it said the file was too big. I’ll try again. Have never had an issue with file size before, so don’t know what I’m doing different....
Ad 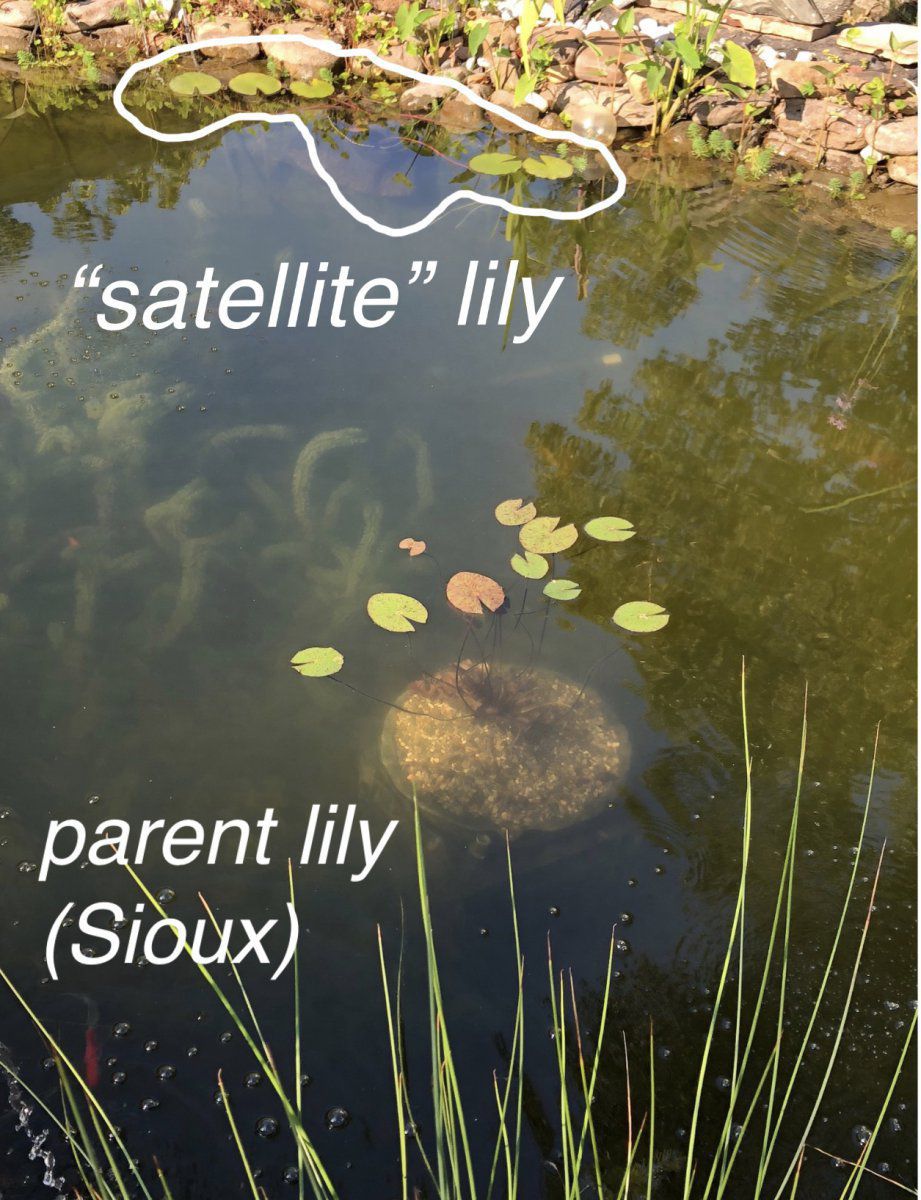 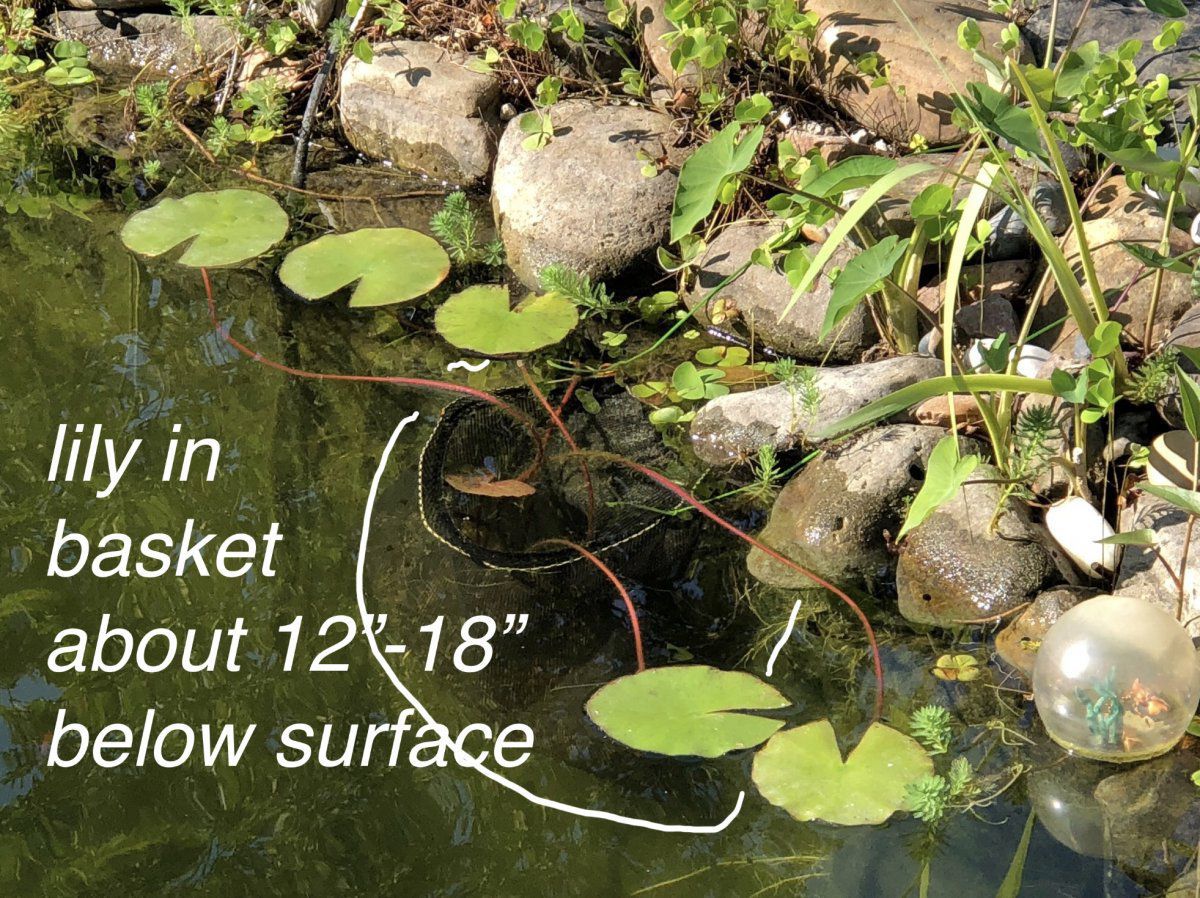 Looks like you put twine or rope or ? through the mesh. what keeps it from folding in on itself as it looks like it stays nice and rounded at the top?

Good job! You know what they say about necessity and invention!

j.w said:
Looks like you put twine or rope or ? through the mesh. what keeps it from folding in on itself as it looks like it stays nice and rounded at the top?
Click to expand...