Just wanted to share something I learned the hard way, to hopefully save someone else from making the same mistake. I was finding that so long as I didn't fill the pond up all the way to the top, the water level stayed fairly constant. However, when I filled it that last 4 cm or so, the water level dropped fairly quickly. In less than 24 hours, I was back down to where I'd started. Obviously, this meant I had something going on around the top edge... But what?

Multiple searches around the perimeter failed to find any issues at all. No low points, no wet ground near the pond that might indicate a leak. Nothing.

Well, almost nothing... I did find one or two small siphon points: places where a vertical fold in the liner came up from inside the pond, and was then folded over to the outside in such a way that one part of the fold was lower than water level. Picture a 45 degree fold, which meets the pond edge well above water level, but then dips back down below water level when the pond is full. Instant siphon.

So I fixed two small siphon points by unfolding the outside (horizontal) fold, which left a rather unsightly edge, but better than losing water! Then I refilled the pond, hoping that the problem would be resolved.

Nope! Still losing water faster than a small leak could account for. I finally decided that I'd need to wait until a calm day, refill the pond to the top again, and try the milk test, or some other way to locate where the water was going.

And then I realized that the one place that I hadn't checked happened to also be the place with the greatest number of liner folds -- the very end of the intake bay! Picture for reference: 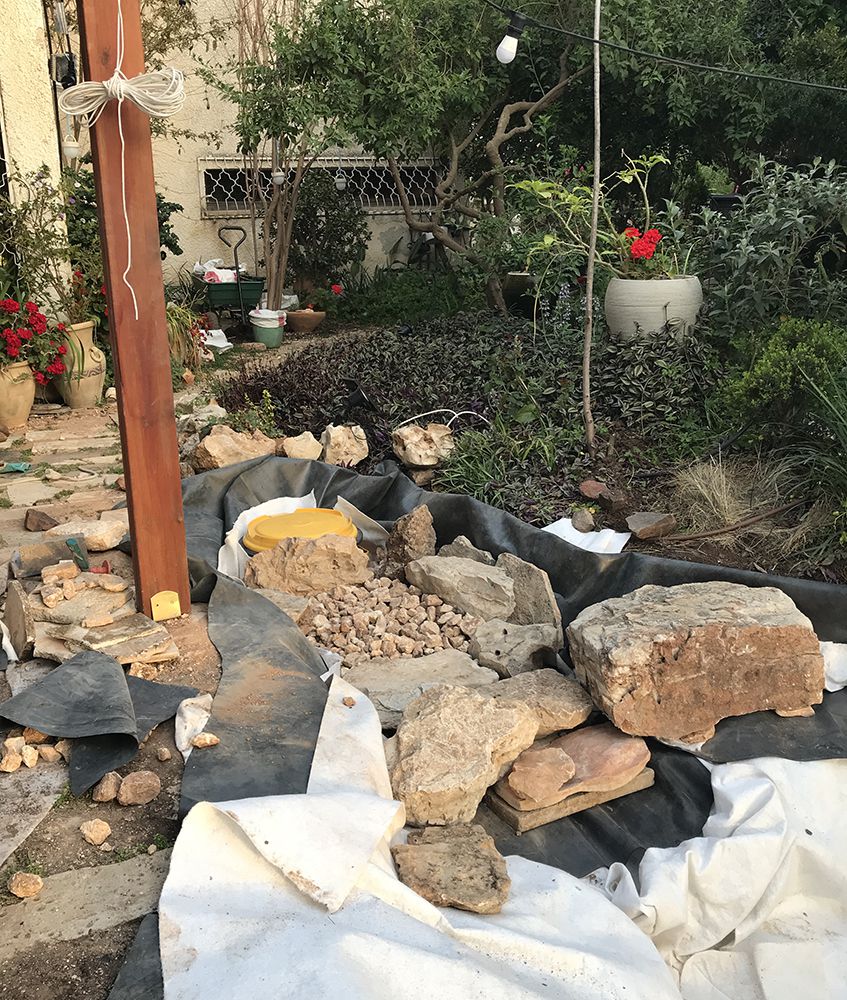 Yes, I had checked that the liner was well above water, but what about folds?

Now, this is 60 mil roofing liner, so getting it to lay flat was impossible. When I built the intake bay, the best I could do was create "hospital corners" toward the wall and then fold them over. But as I was leery of cutting too much of the liner, I left a fair bit on the end, then folded that over to make a clean edge.

Trouble was, that meant that a huge amount of left-over liner was folded over across the top, with the ends way down below water level on the outside. That wouldn't have been an issue, except that even a slight angle to the inside folds would allow water to siphon up the fold, find the low edge, and then travel down the siphon on the outside. And there was the source of my water loss! And since I had added a lot of sand as back-fill, there was no soil wetness to give away the problem.

Taking out the rocks, unfolding the liner and cutting off the excess seems to have solved the problem!

1. leaving excess liner is fine, up to a point!

2. Any folds inside the pond should be kept as vertical as possible, in order not to create a siphon point when the liner is folded over to hide it.

Here is a photo of the rebuilt intake bay: 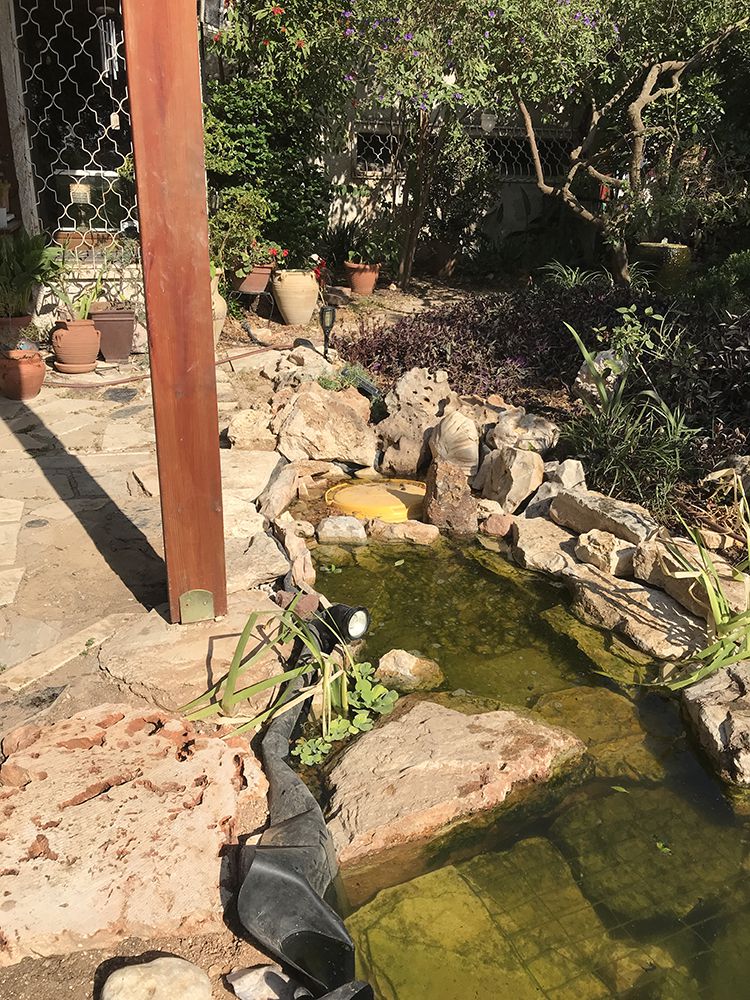 Great tip. Did you consider folding the liner to the inside of the pond? Think that would allow you to keep the extra liner and also significantly reduce the chance of wicking leaks. Not to be confused with wiki leaks.
B

We are totally on the same schedule with our ponds! I am also working on the liner edges now and the intake bay is a booger! Too much liner in a small space = sooooo much folding. My hands hurt! There was an Aquascape video that I found super helpful. April (who works with Jaak Harju at Atlantis Water Gardens was featured doing edging for a pond they did inside the "sandbox" at Aqualand. Her tips were great! I have some areas giving me fits, but I will get there!
Ad

combatwombat said:
Great tip. Did you consider folding the liner to the inside of the pond? Think that would allow you to keep the extra liner and also significantly reduce the chance of wicking leaks. Not to be confused with wiki leaks.
Click to expand...

Folding toward the inside would definitely reduce the chance of wicking leaks, and I did consider doing it that way. But then, all the expert videos showed outside folds, so I went with that. It wouldn't have been a problem had the vertical folds been less angled.