My final installment of photos from summer. Just like the last two sets, photos are of my pond as well as the surrounding garden.

In August, I got a polarizing filter for my new camera which allows me to take photos of my pond without the water reflecting so much. You can see the difference it makes these comparison photos. Left is without the filter, and right is with. This should allow for some better photos of my fish, though I really didn't test it out too much this year.

The polarizing filter itself is also extremely reflective, so I took a photo of a waterlily in the reflection of the filter. 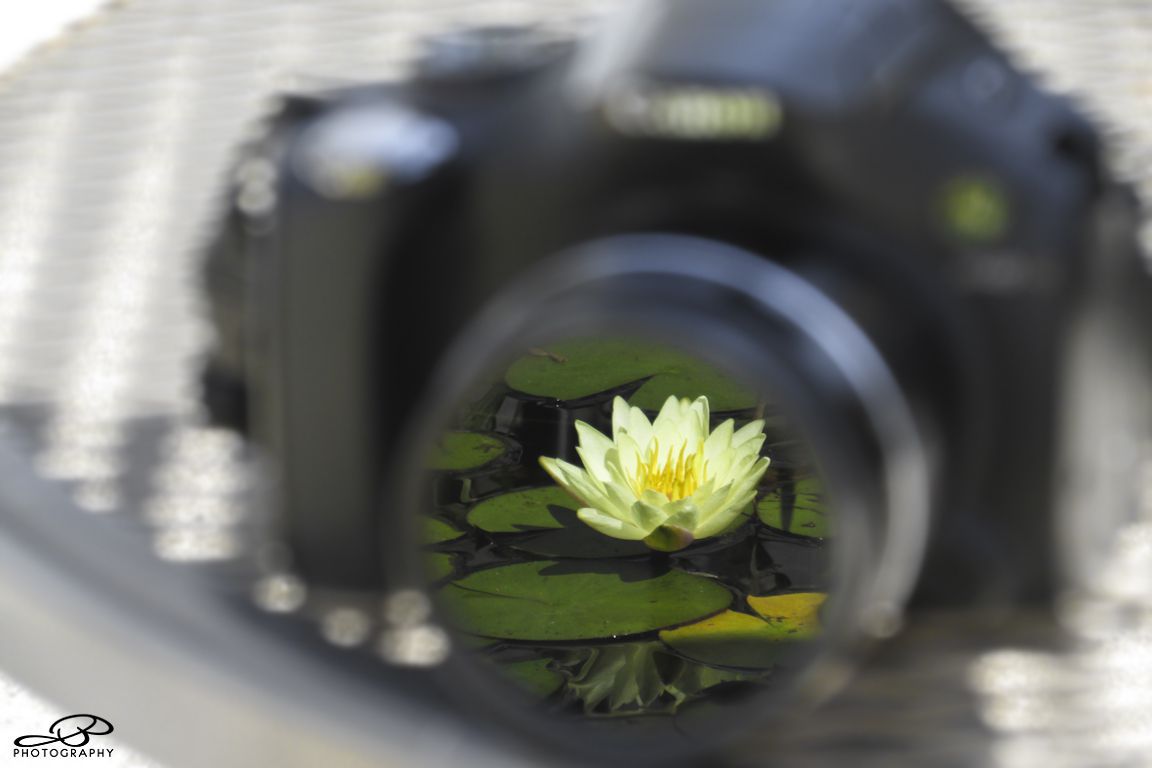 Just as in August, Monarchs continued to be very active throughout September. People reported high Monarch numbers across the midwest this summer. I saw more Monarchs than I ever have. It was a fantastic year for them. 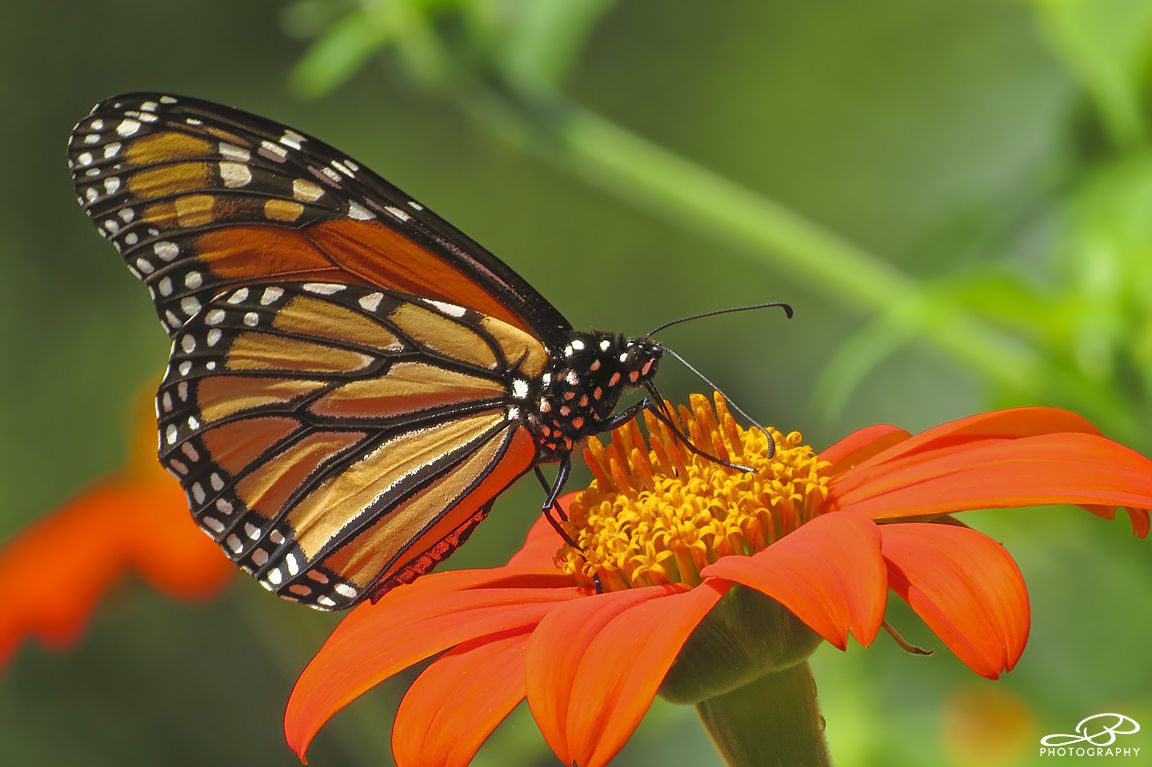 With my new camera, one of my new favorite things to do is photograph hummingbirds. I would've never been able to capture these images with my old camera. I found myself sitting out by the Mexican sunflowers a lot towards the end of summer, both to watch the hummingbirds and monarchs, and to photograph them. 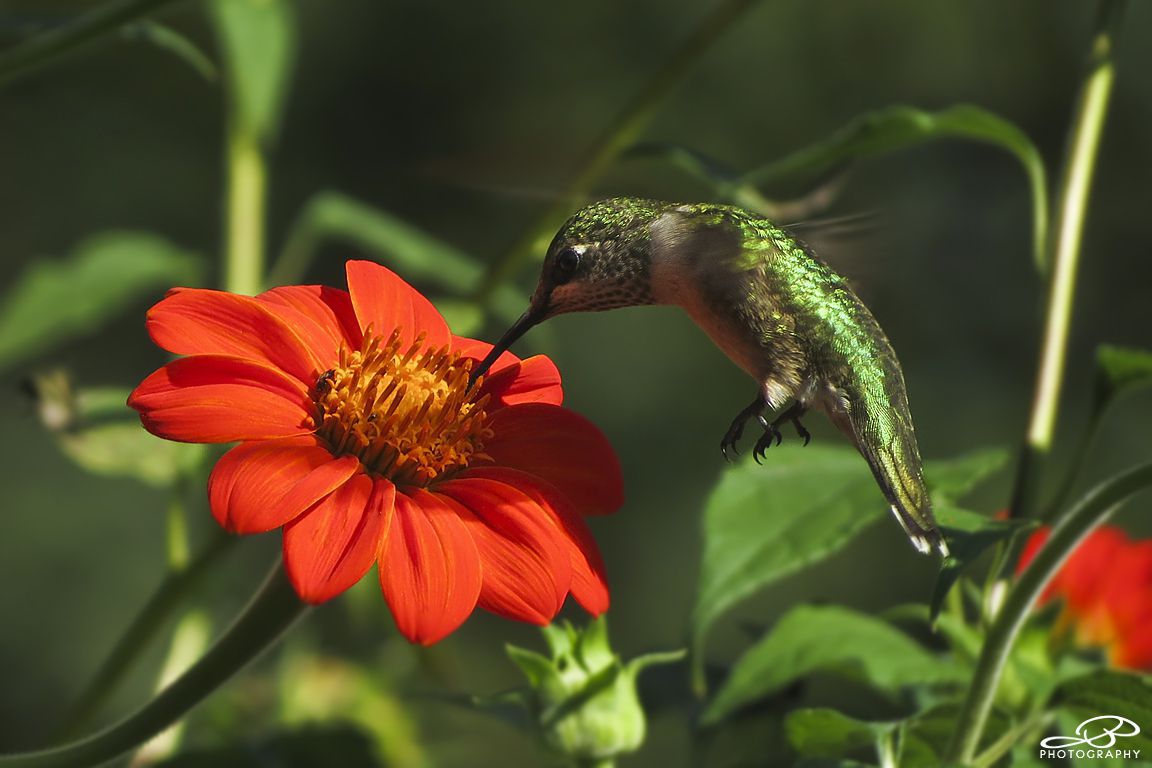 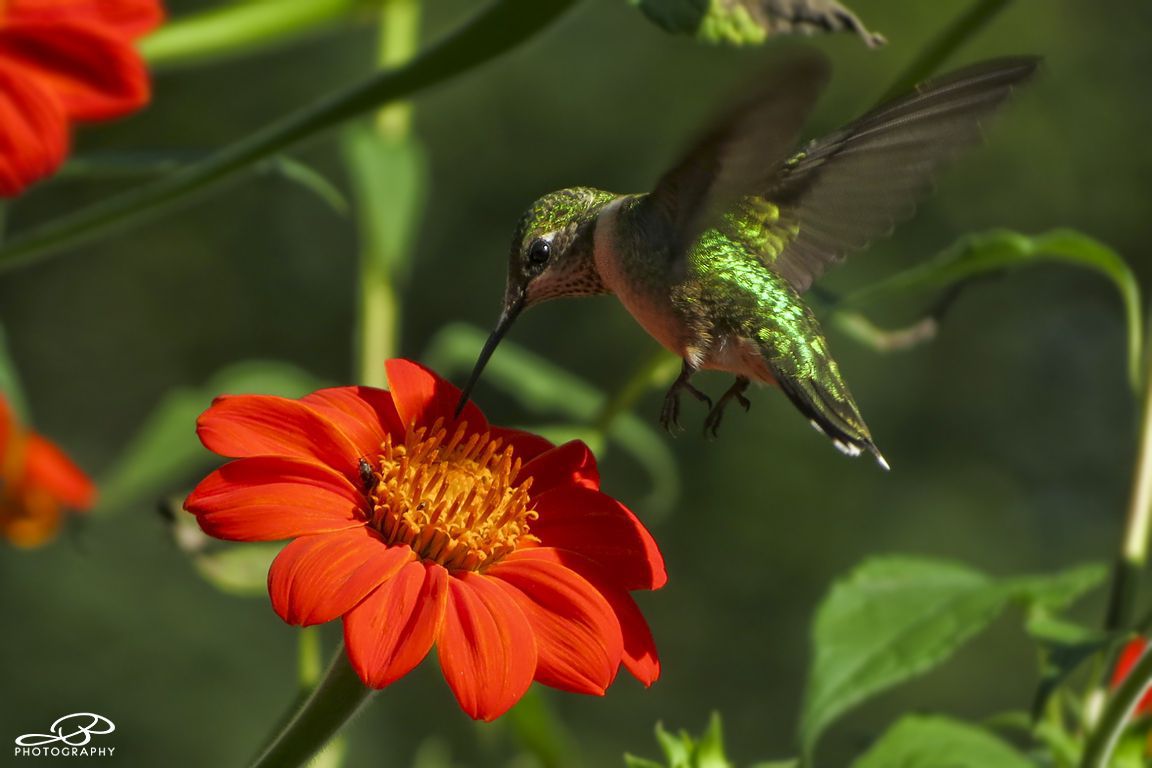 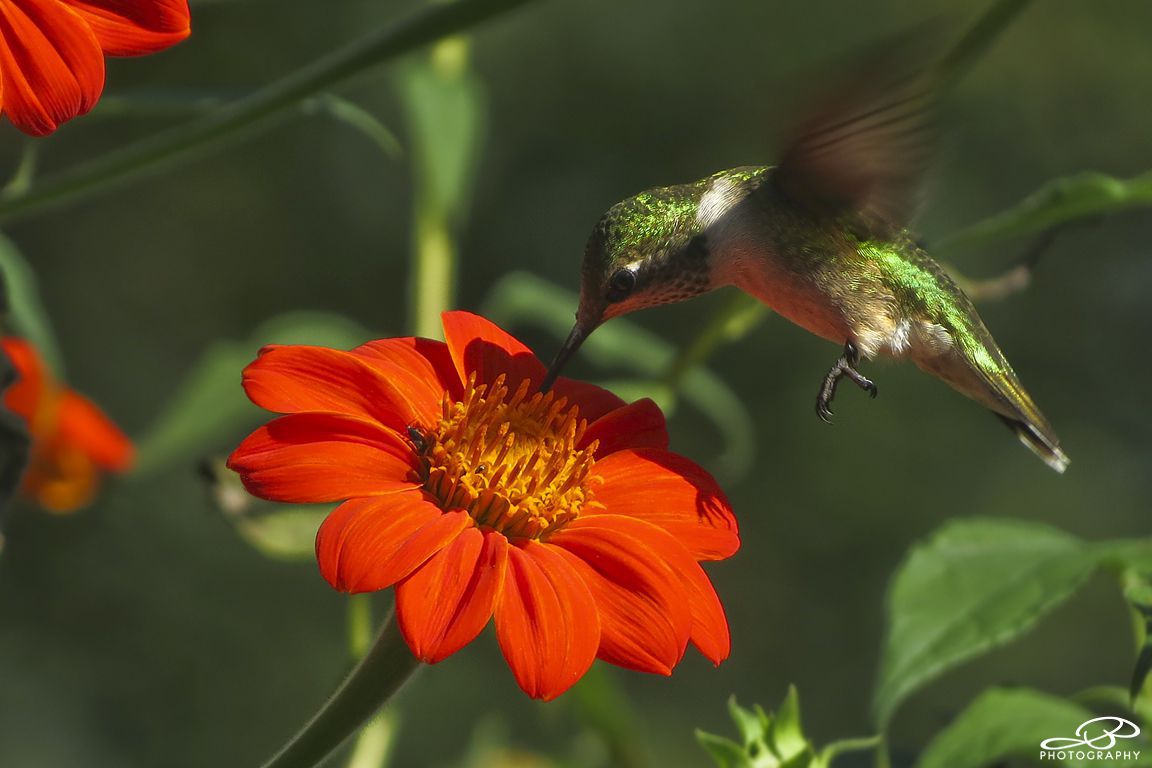 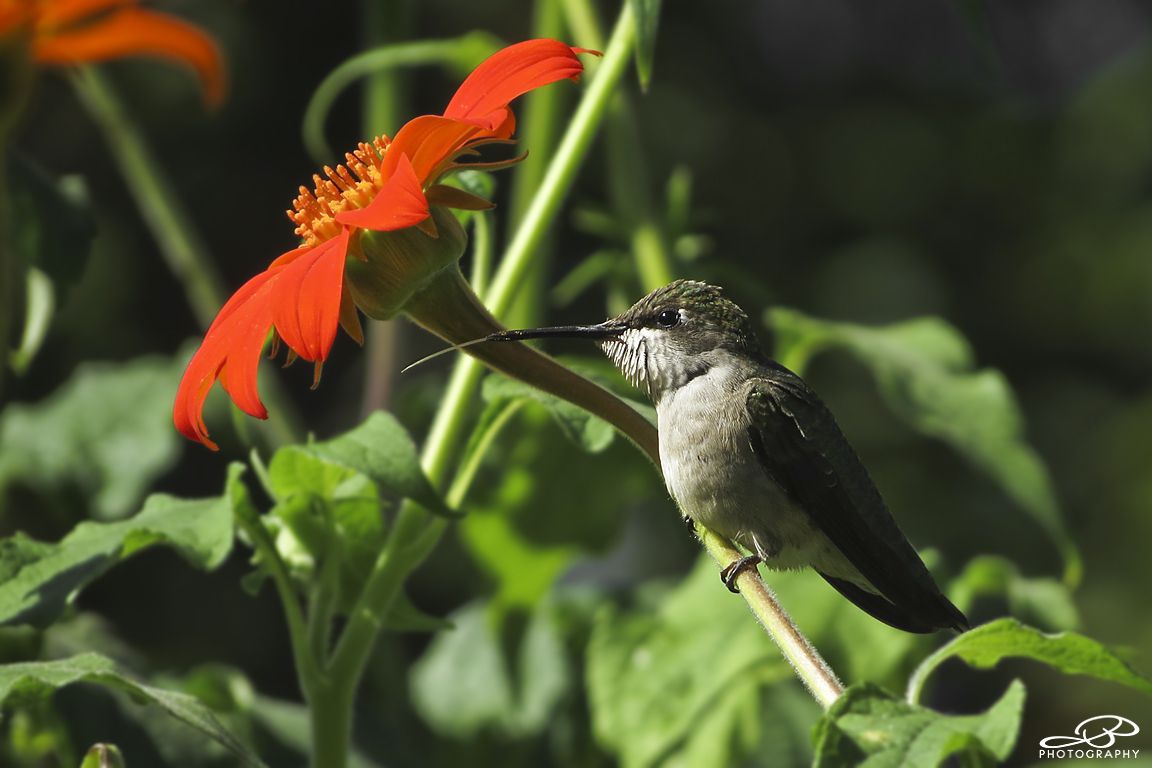 The hummingbirds were particularly friendly, sometimes flying right up to me or my camera. This one in particular flew up to me quite often. Here, it's drinking nectar from Great Blue Lobelia in my rain garden. Most of you may remember I added a rain garden this past spring. It's been filling in nicely and already provided some habitat to wildlife. I found frogs hunting in it frequently, and pollinators loved the four or five native species that bloomed this year. 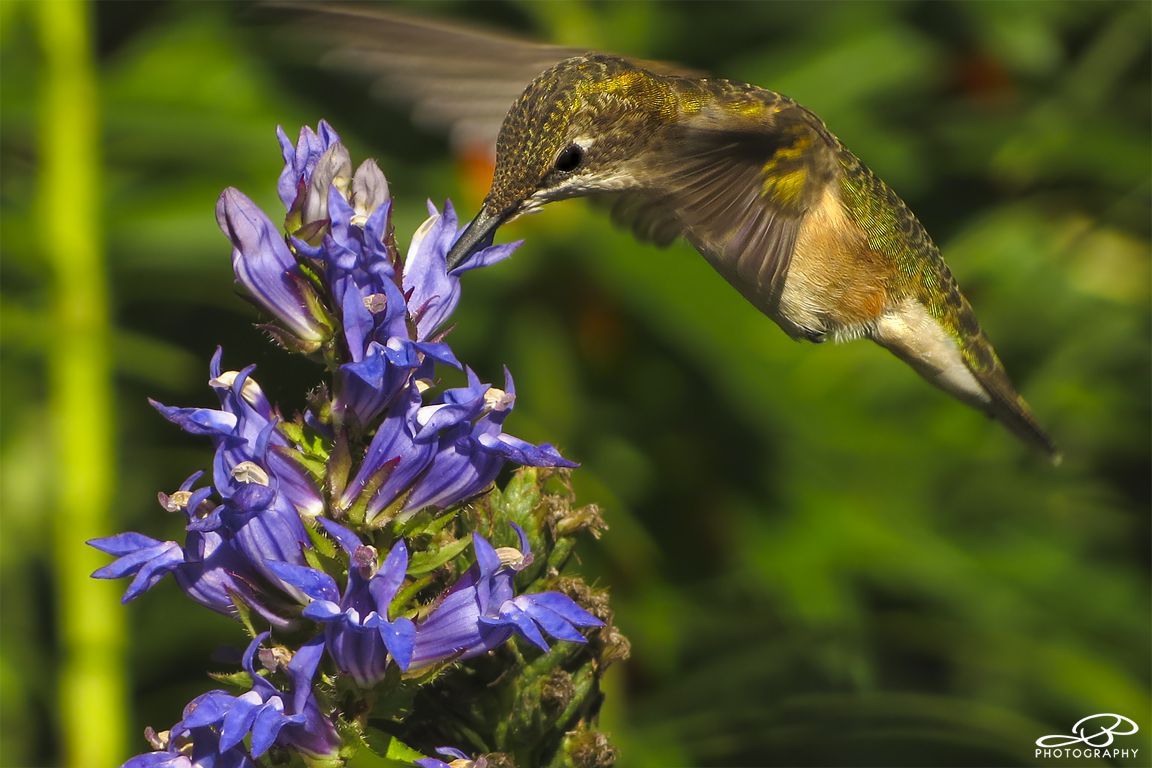 Dragonflies were also in the rain garden all the time, sitting on dead stems. 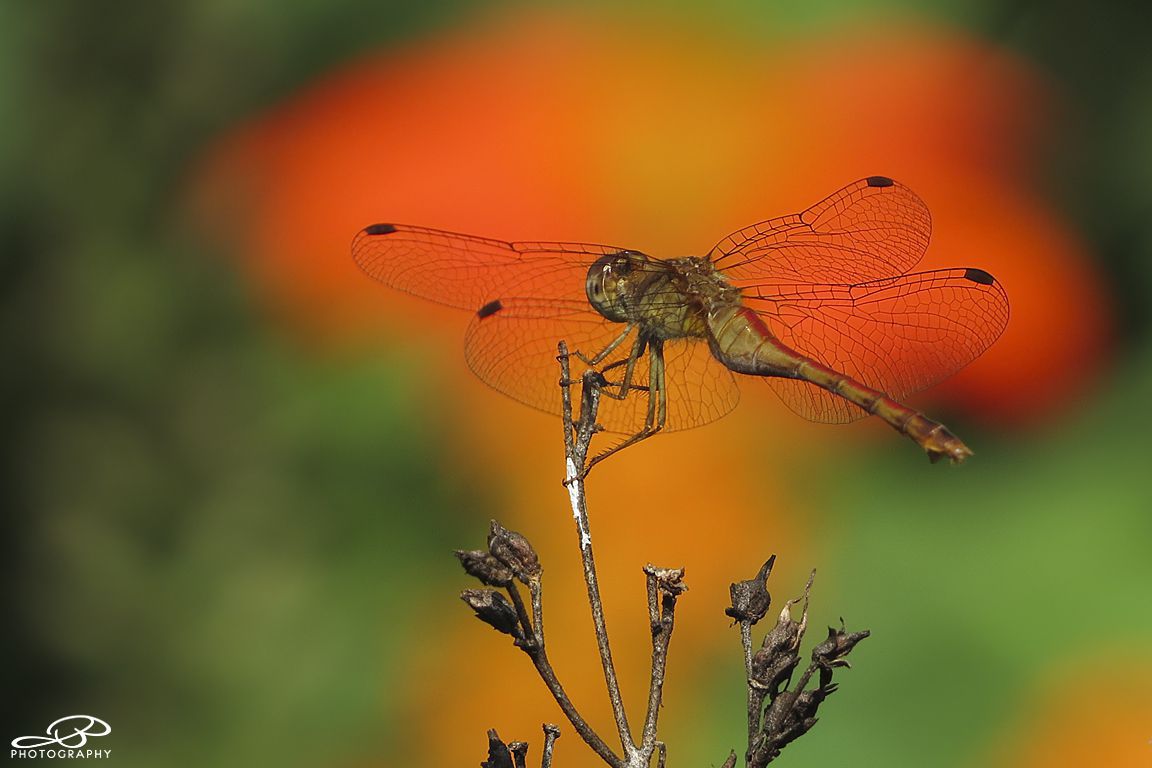 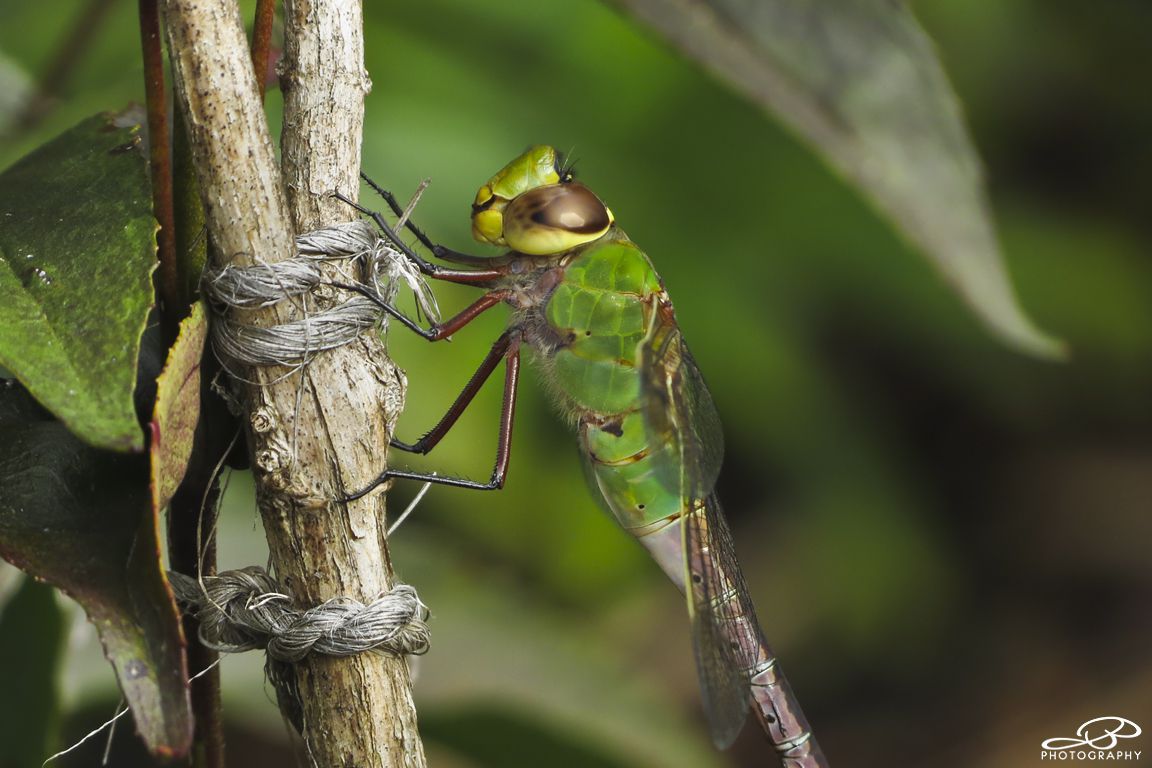 One day, I found two Cabbage whites mating in the rain garden. 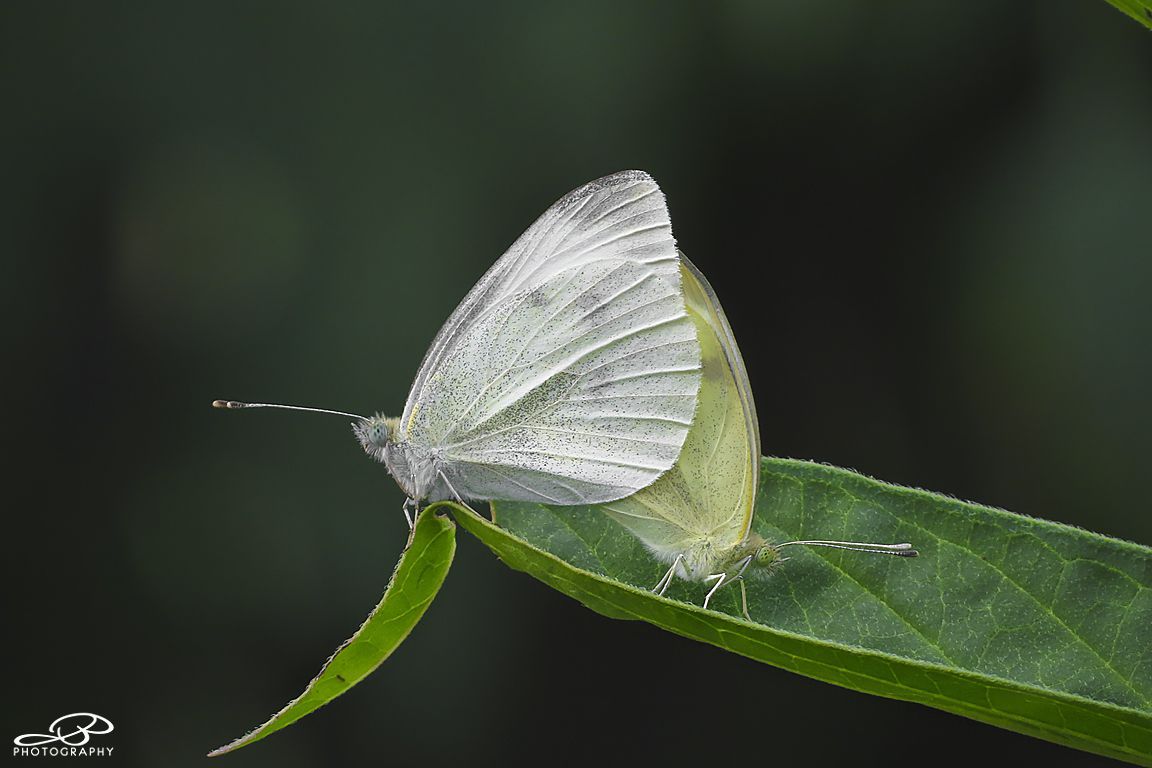 When I created my rain garden, I also created a narrow strip of shade garden along my garage. It filled in much better than I expected. The Eastern Red Columbine and Wild Geraniums will hopefully put on a good show next spring! 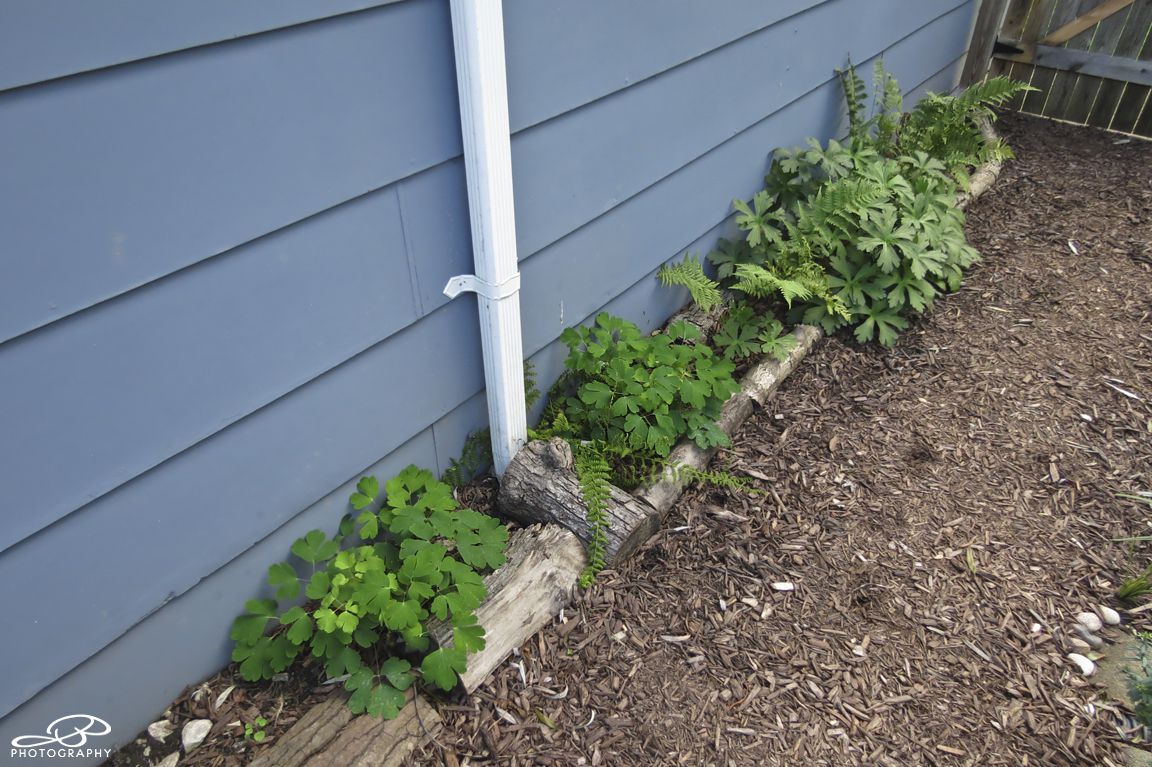 I couldn't leave out some frog photos. 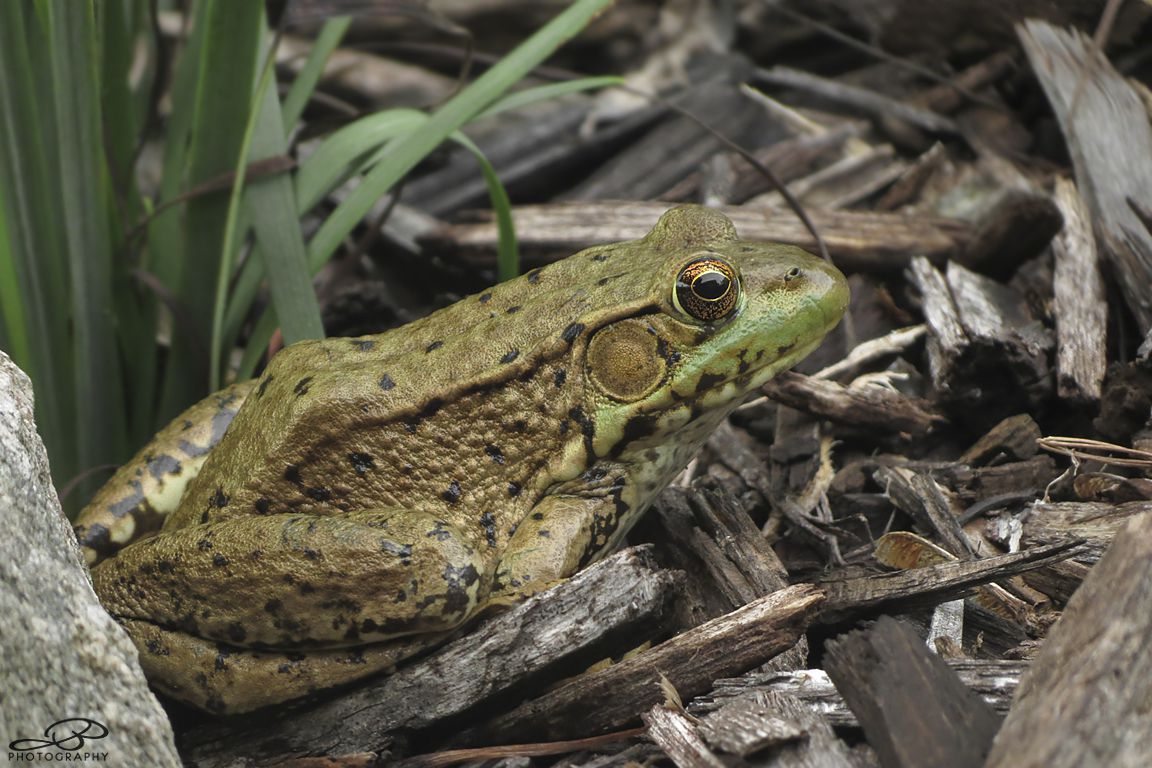 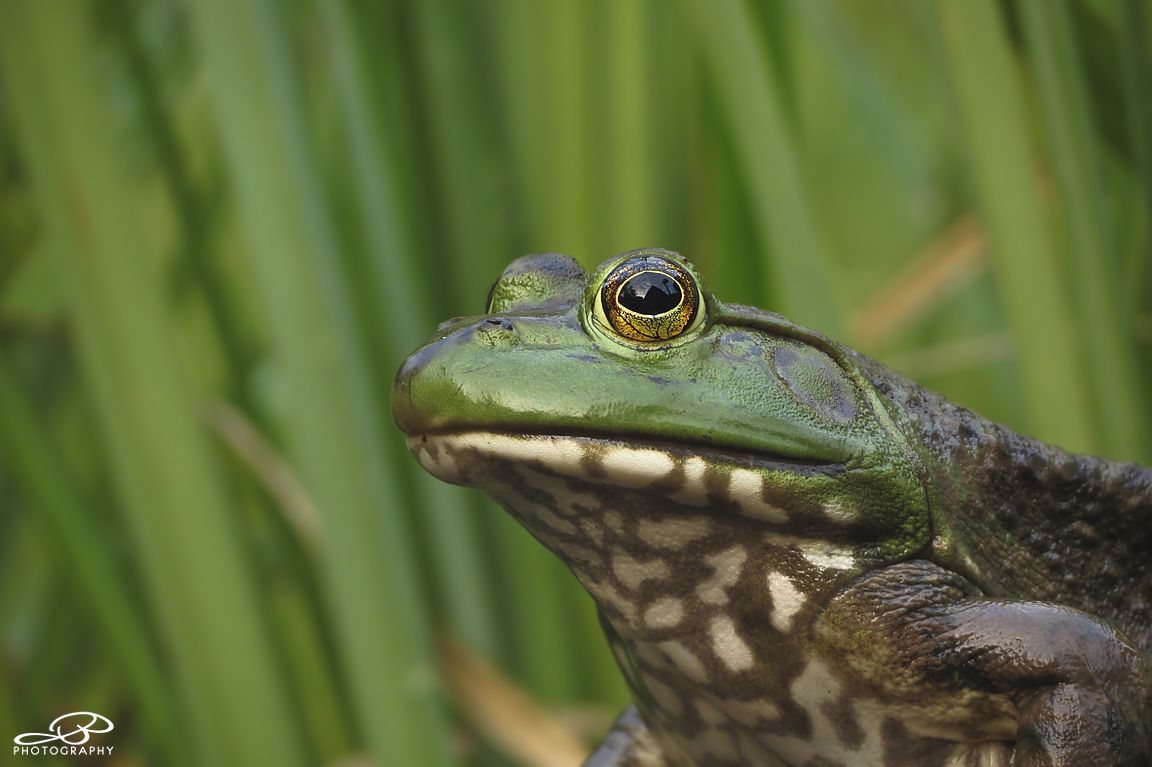 This was an interesting/weird shot. This Green frog was looking up, likely because it saw an insect, and remained that way for about five minutes with a Blue-eyed Grass leaf sitting right between its eyes. 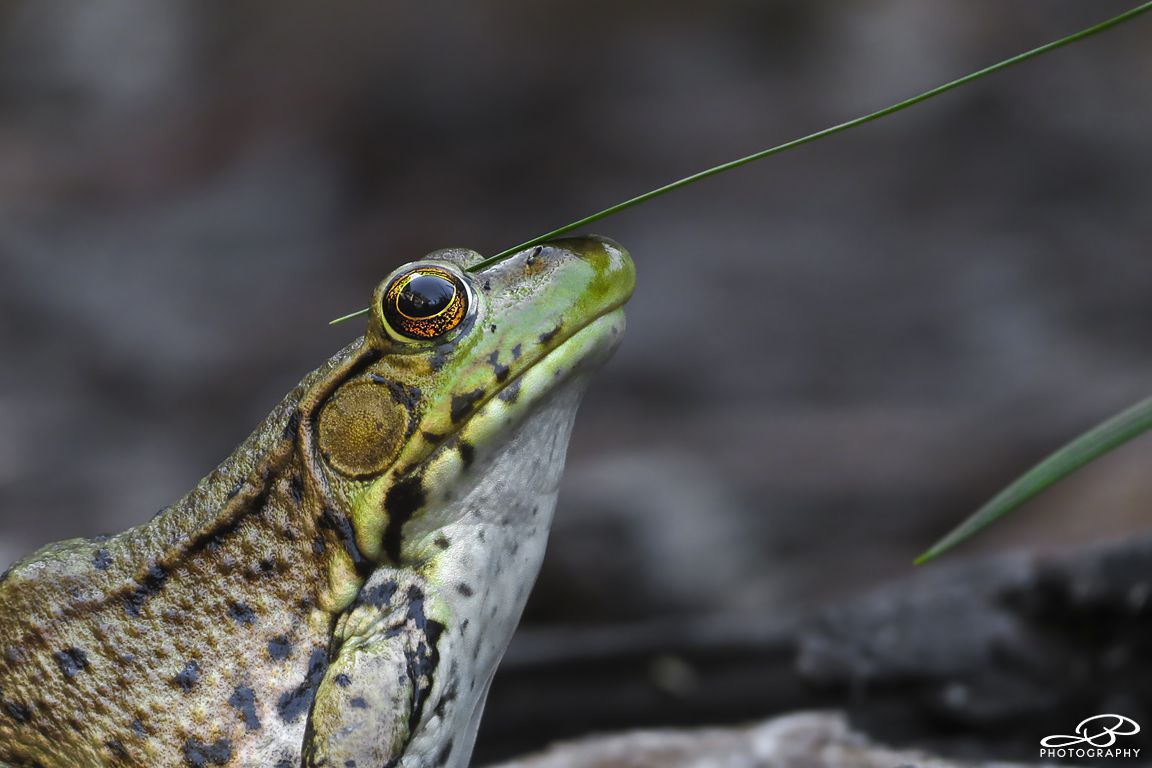 Lastly, a couple photos of the pond while everything still looked good. 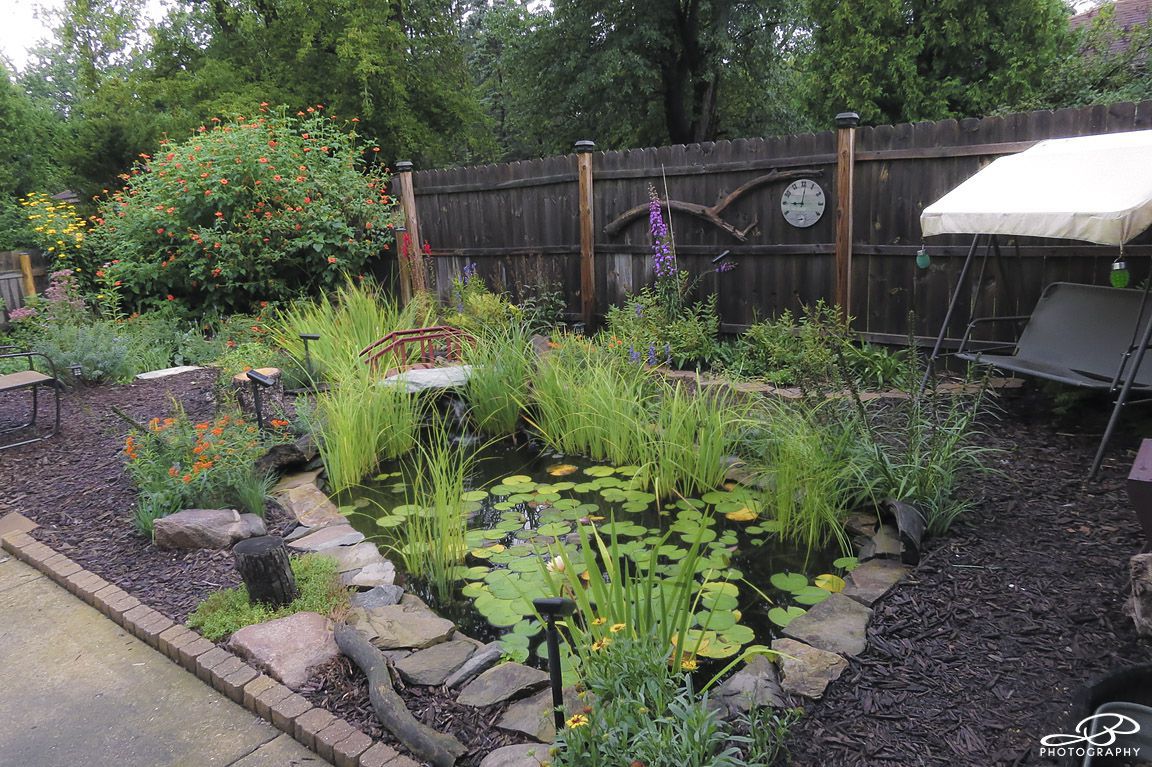 ...and now for comparison, here's the pond yesterday. We got about 2.5" of snow and some more coming tomorrow. I still need to get the net off as soon as it thaws out, and it's probably time to turn off the waterfall and put the pond breather in. I consider that to be the official end to the 2018 pond season for me. 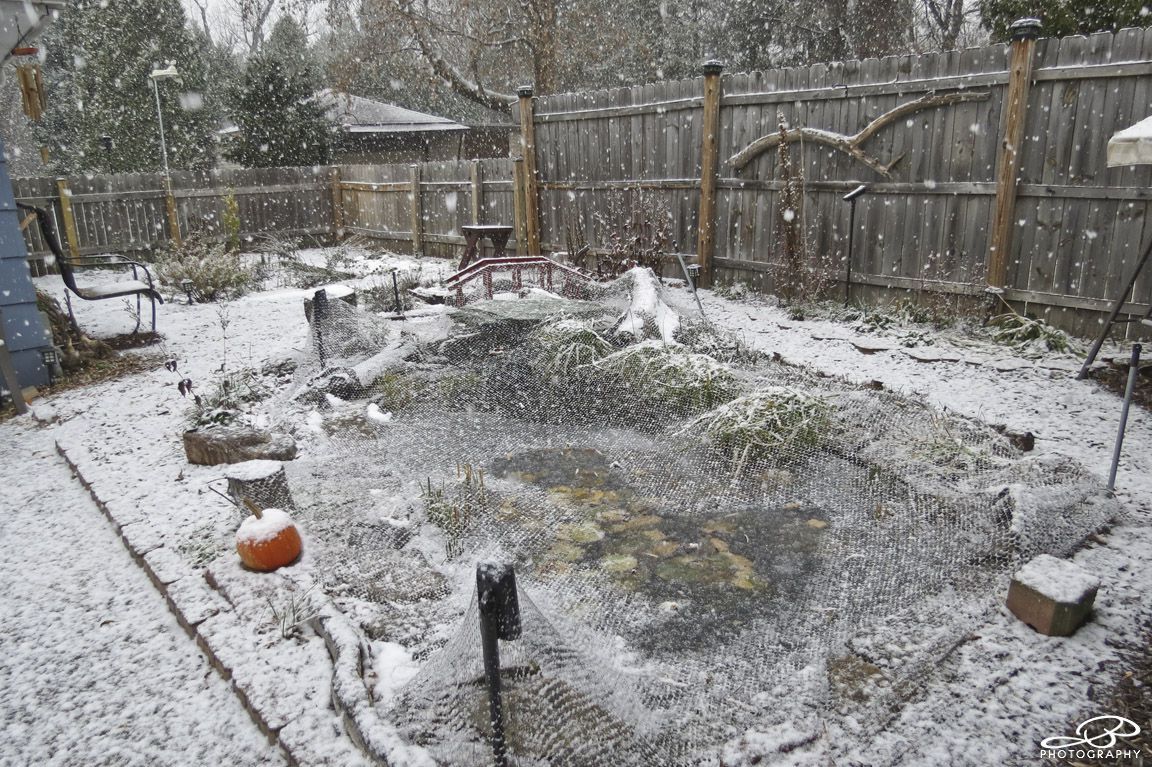 Absolutely gorgeous. You have lots of beautiful photos to gaze at all summer instead of looking out the window at the frozen pond! (Although frozen ponds do have their own beauty, too!)

Lisak1 said:
(Although frozen ponds do have their own beauty, too!)
Click to expand...

Well, they are pretty cool when the ice freezes clear and you can see fish swimming around underneath!

JBtheExplorer said:
Well, they are pretty cool when the ice freezes clear and you can see fish swimming around underneath!
Click to expand...

That's one. I love the ice sculptures my waterfalls make. And I have a light on my waterfall that sometimes gets an ice dome over it - that's pretty! Not as pretty as a summer pond, but I'm looking on the bright side here!

That camera was a great gift, you got some fantastic pictures.
Ad

Tara said:
That camera was a great gift, you got some fantastic pictures.
Click to expand...

You're right about that. The zoom is where it really benefits me. I'm going to be able to capture a lot more that I never had the chance before. I had a good time learning it over the past couple of months. Won't be using it too much over the winter, so I'm really looking forward to spring, even more than I already do.
Ad