CountryEscape said:
Hey brokensword, have you never seen the tiny deer they grow in Florida? I think if you hit and kill one with your car, you get a hefty fine, besides a dented car! They are the same size. Never knew there were such tiny miniature sized deer.
Click to expand...

Hi CE. I’m in Florida right now visiting my daughter and her family. I’ll have to look for some of those tiny deer! Right now I’m being kept company by Stella the dog! 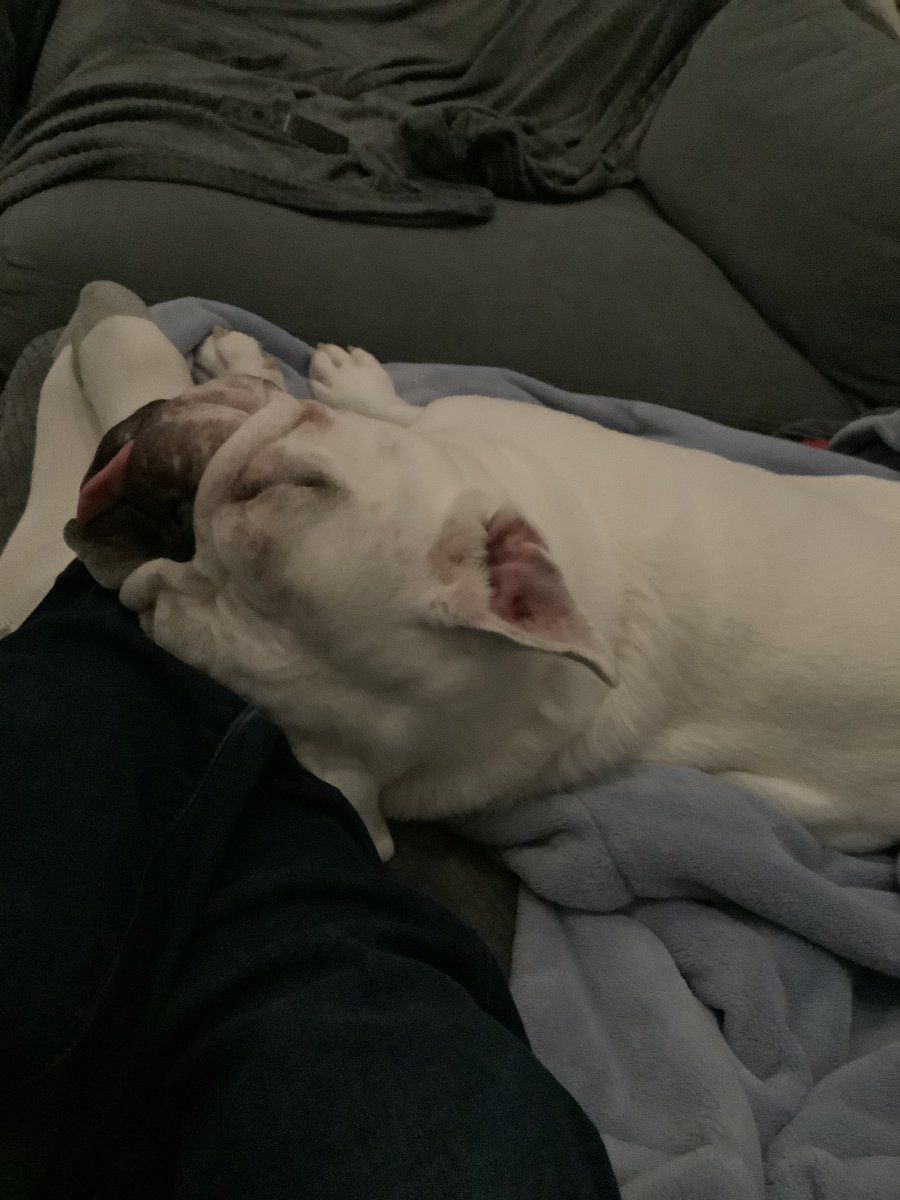 We have those tiny deer over on Assateague island, they call the sika deer. Females are about 70lbs, males about 90 lbs. 2 foot high at the shoulder. They do allow limited hunting of the really cute lil things.

I thought that's what they might be but I thought Silka deer kept the spots for life. I didn't notice spots on @CometKeith 's deer. Maybe more than one variety of Silka? @addy1

I saw a pair of baby sika's they were so darn tiny and cute.

They are shorter in stature -- adults stand about 2 ½ feet at the rump. Their coat tends to be reddish brown during summer months, and dark brown to black in color during winter. Even as adults they have white spots, mainly running parallel down their back. Stags generally have a dark, shaggy mane running down their neck, and their antlers are narrow and sweep backwards rather than forwards like the white-tail's antlers. A 6-point stag is a trophy, with 8-pointers being extremely rare. Finally, unlike white-tailed deer that raise their tail like a flag when alarmed, sika deer have a round white rump patch that flares outward when they are excited or alarmed.

I went back and looked at @CometKeith 's deer photo's and I can't see any spots. Maybe his deer are something else?

I guess they are Sika deer.

https://www.google.com/url?sa=t&rct=j&q=&esrc=s&source=web&cd=&ved=2ahUKEwiguoXIy7L0AhX3TTABHTDfB_gQFnoECAcQAQ&url=https%3A%2F%2Fwww.insider.com%2Fjapanese-deer-island-deer-miyajima-nara-park-shinto-2016-7&usg=AOvVaw0gX0NWLoHwdFaeztFv9Vml
The Nara deer are the most famous but some ended up at Miyajima too. 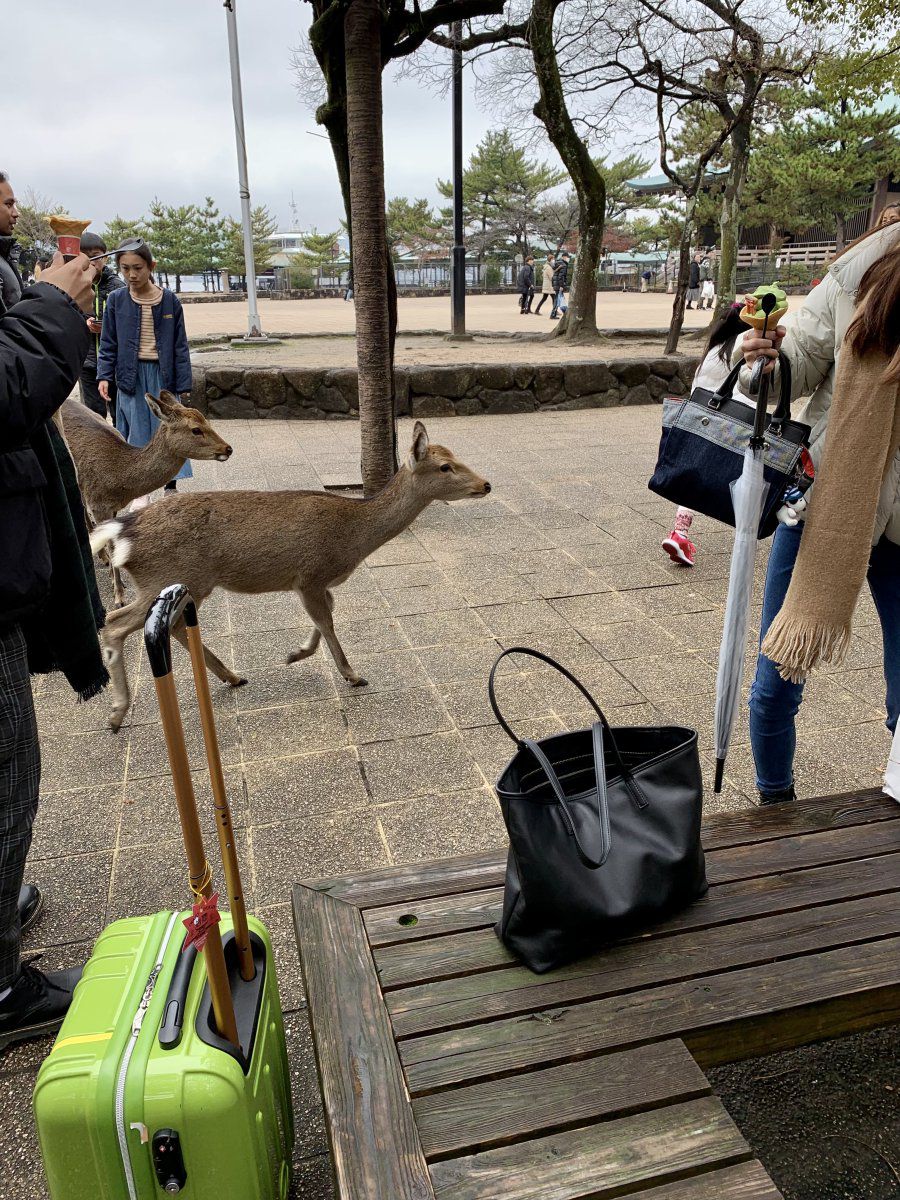 It’s a small island right off of Hiroshima. Here are a few more pics I took. A lot of the kids were scared of them because they went after everyone’s food! 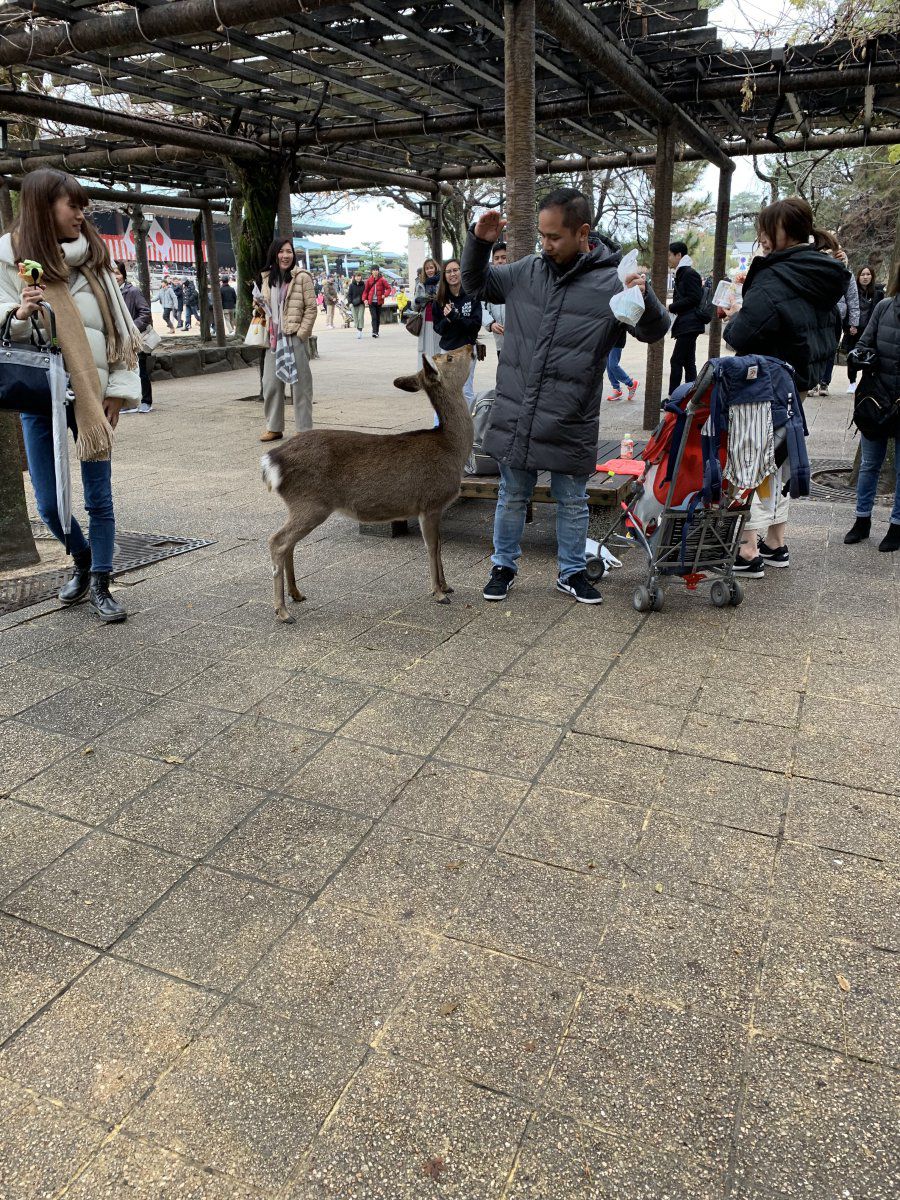 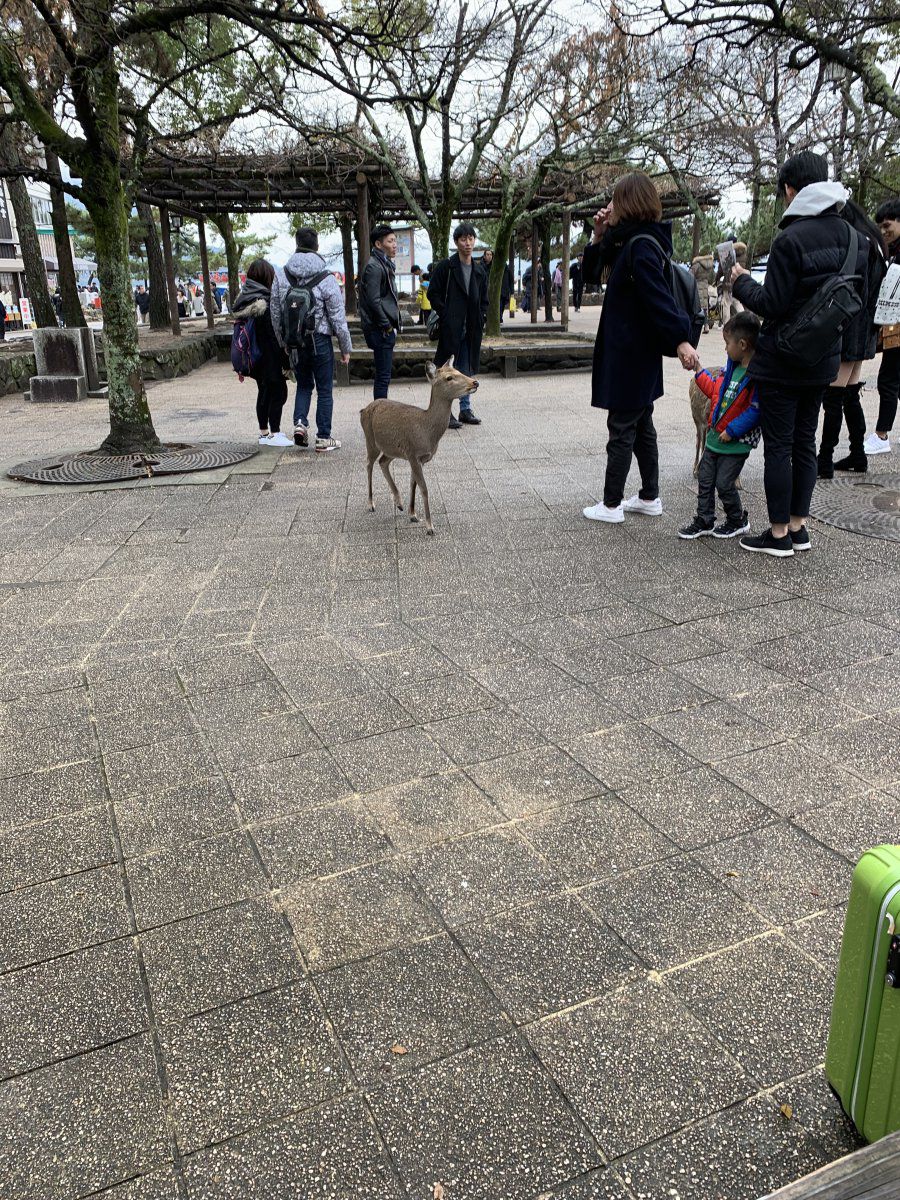 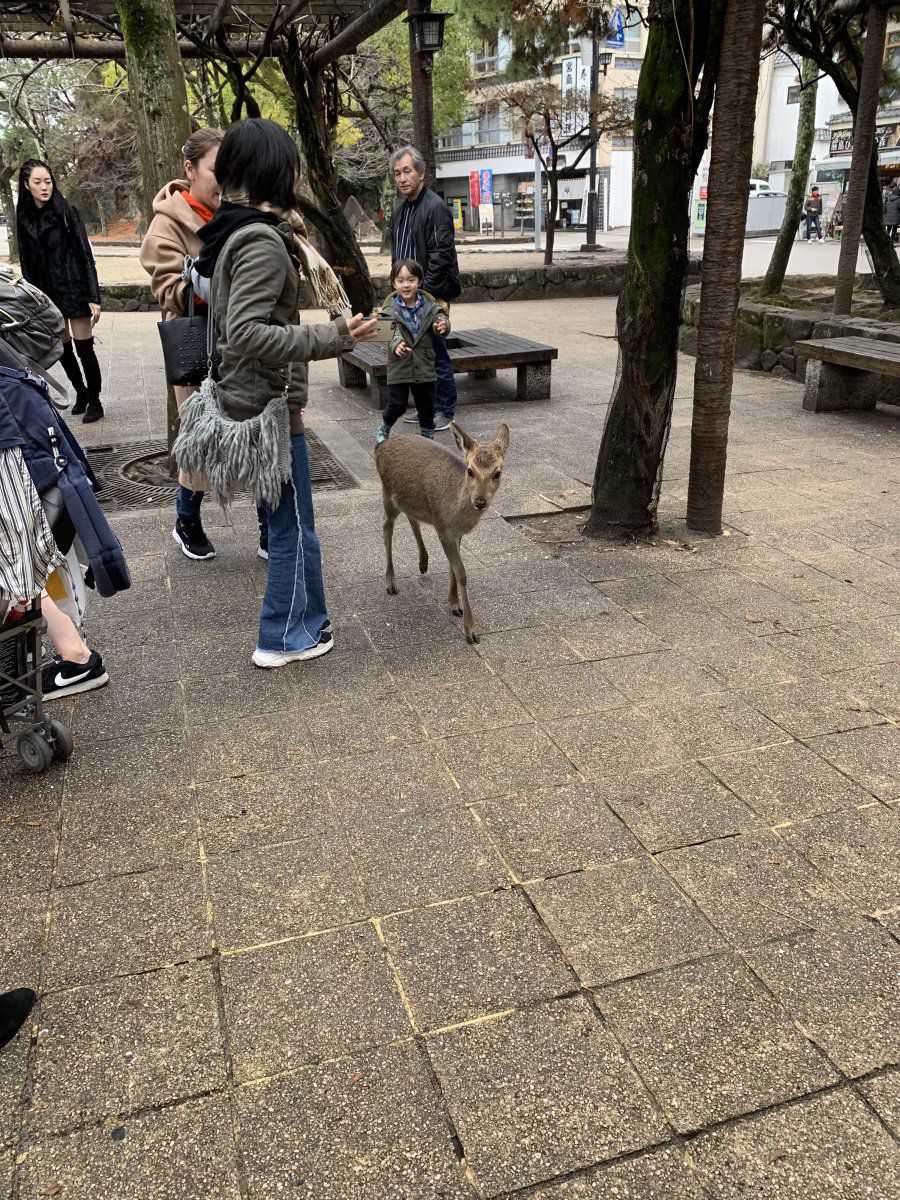