How big was it? The photo makes it look huge. He/she has a sweet tooth Spiders are our friends but I would not want to ingest their eggs or droppings
Ad

Oh my !! That would certainly be a shock and curb one's appetite !

I ate like 4-5 PCs the days before.
it was about the size of a penny. Pretty big for being in a loaf of bread.

You might turn into a mighty Spiderman in a few days, just in time for Halloween

Hiked the Scuppernong Springs Nature Trail today to get one of the last glimpses of autumn color before it all fades away. 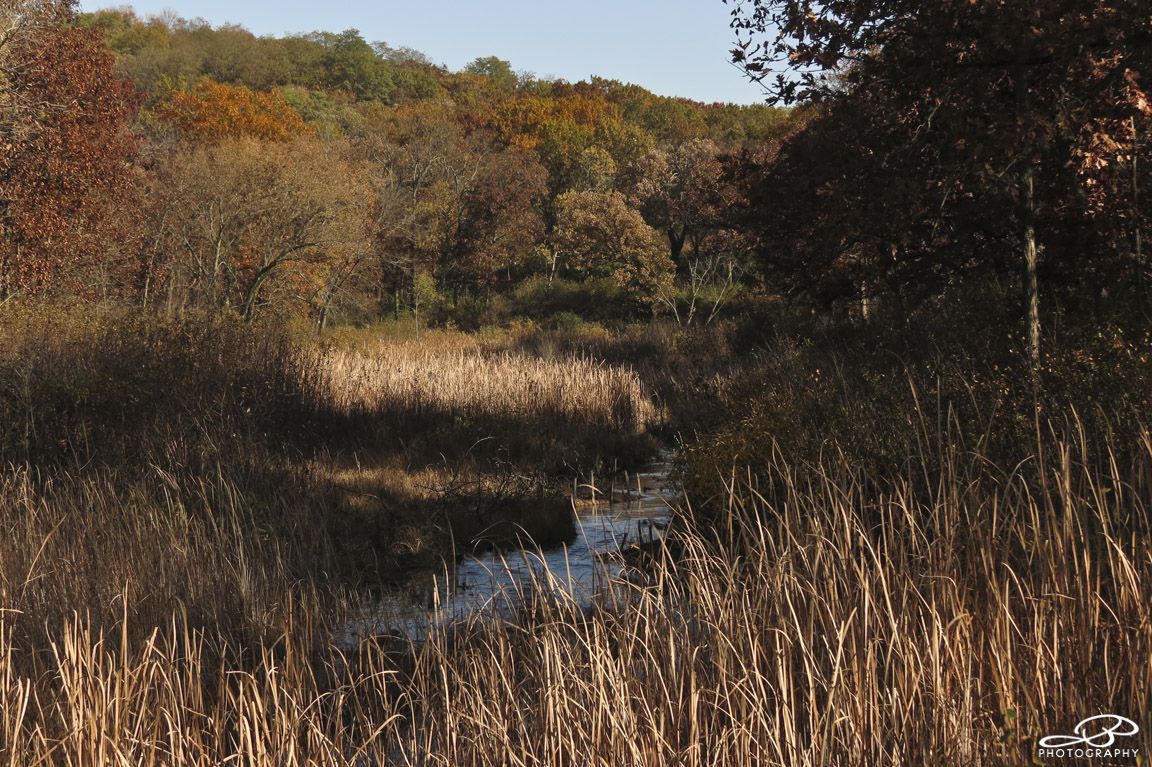 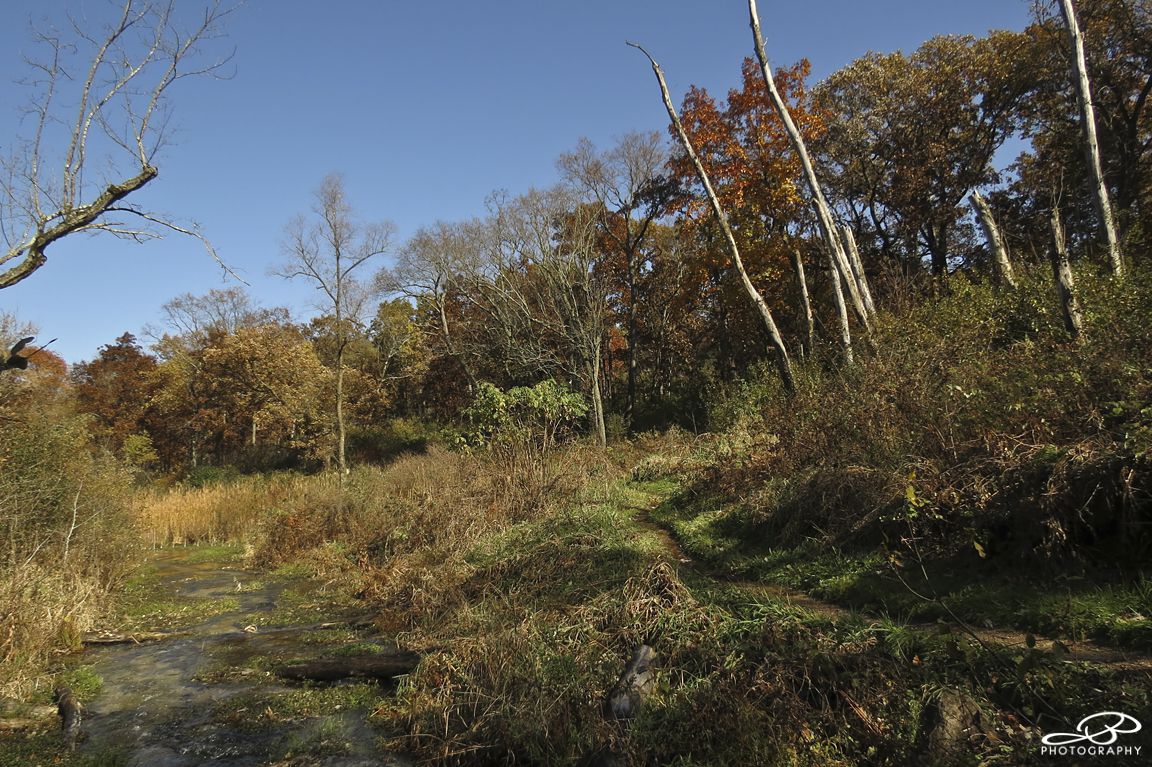 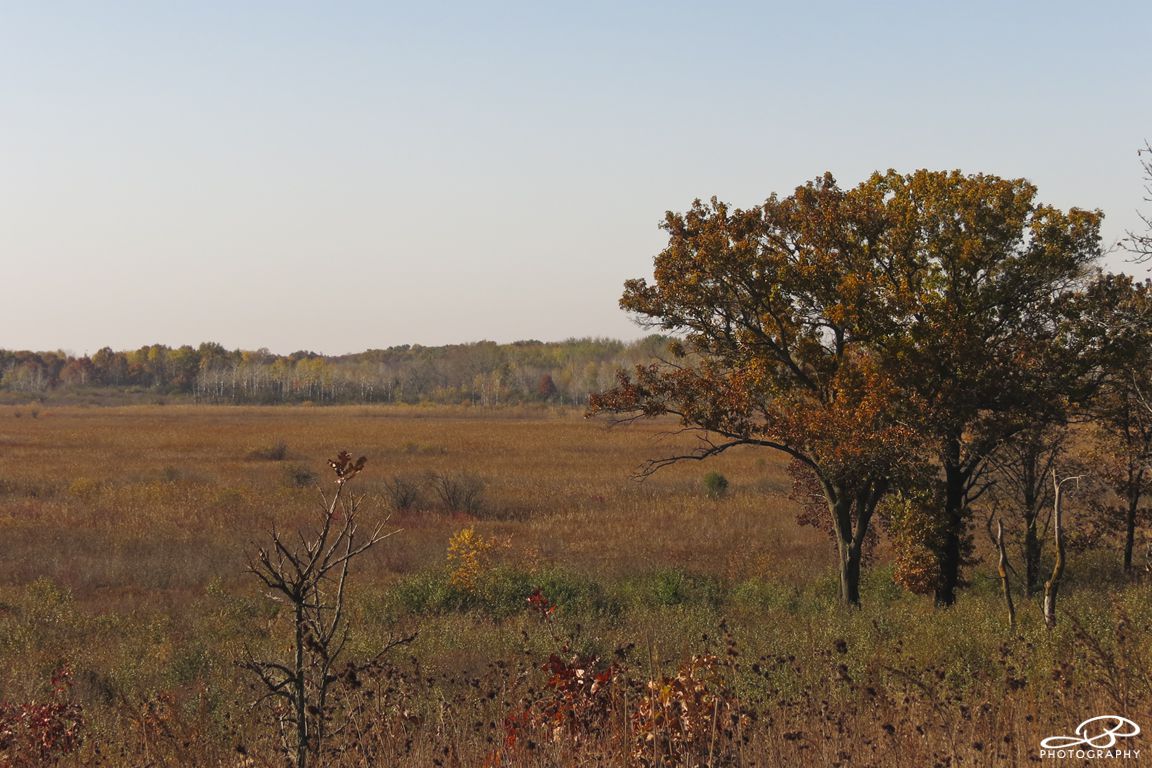 Haven't gotten outdoors much lately, but I took some time today to hike into the woods to check out the small stream. It dries up during summer so I haven't seen it in months. It'll now either be flowing or frozen for the next five or six months. 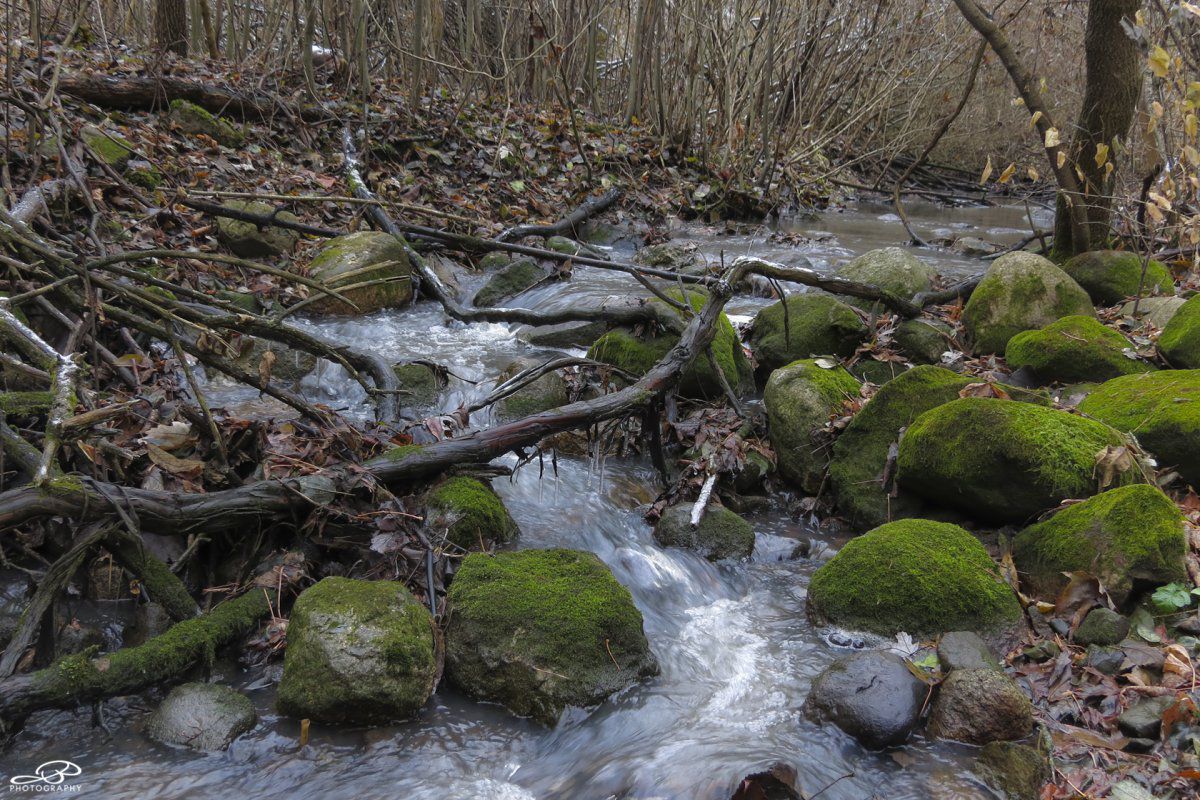 A local park has land that includes an 18 acre farm field. I've mentioned in the past that I had been hearing talk that there were plans to turn it into a prairie. That was eventually confirmed. It was announced in the summer of 2018 that it was going to be seeded in late 2018. I visited multiple times late last year, eventually realizing that it wasn't happening. I knew that it meant the process would be pushed at least one year behind.

Earlier this autumn, and noticed there had been some activity. The weedy field was cut down, and I assumed they also spray an herbicide to control the invasives that grew there. I continued to wait for some good news, but as snow started falling and December came, my hopes again started fading away, thinking that it would once again be pushed another year.

This morning, great news! I received an email saying the farm field was seeded with native species yesterday!

I can hardly wait to explore the prairie in future years. It'll take a few years or more to truly look like a prairie, but it should be fun to see the process over the next few years.

A nice walk along the Pike River today. 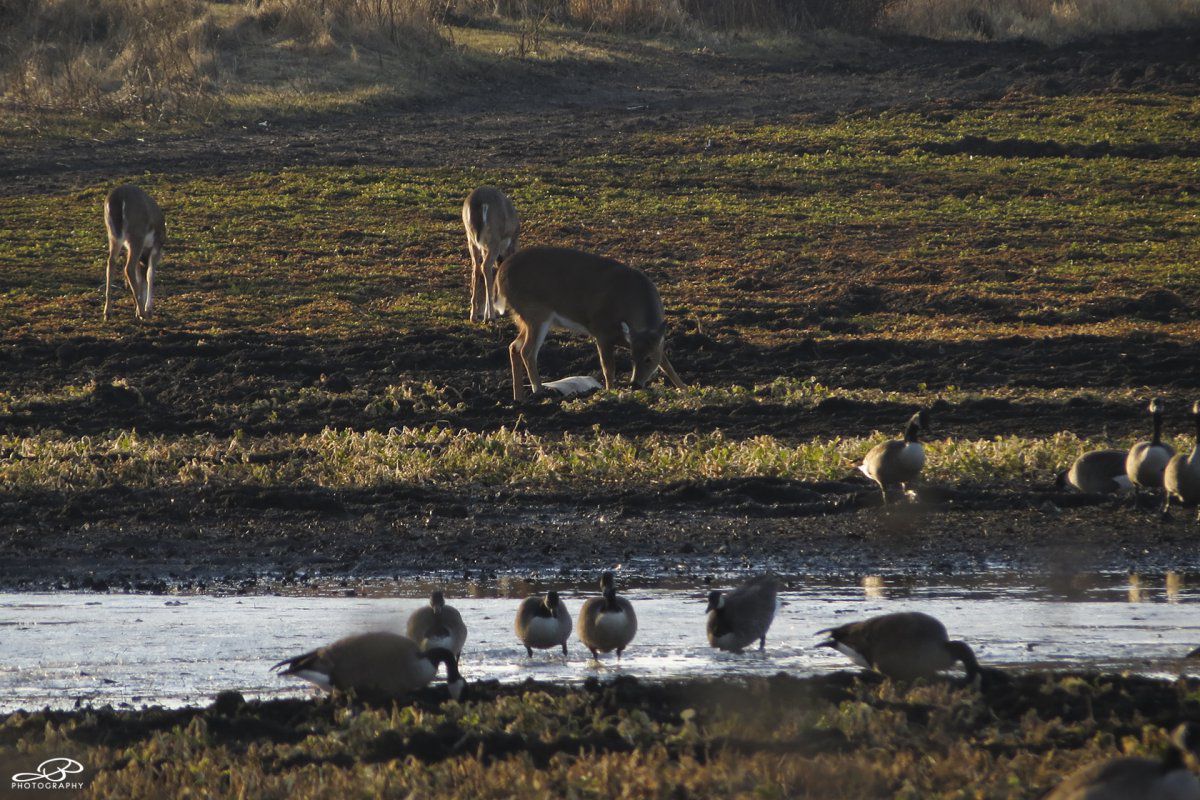 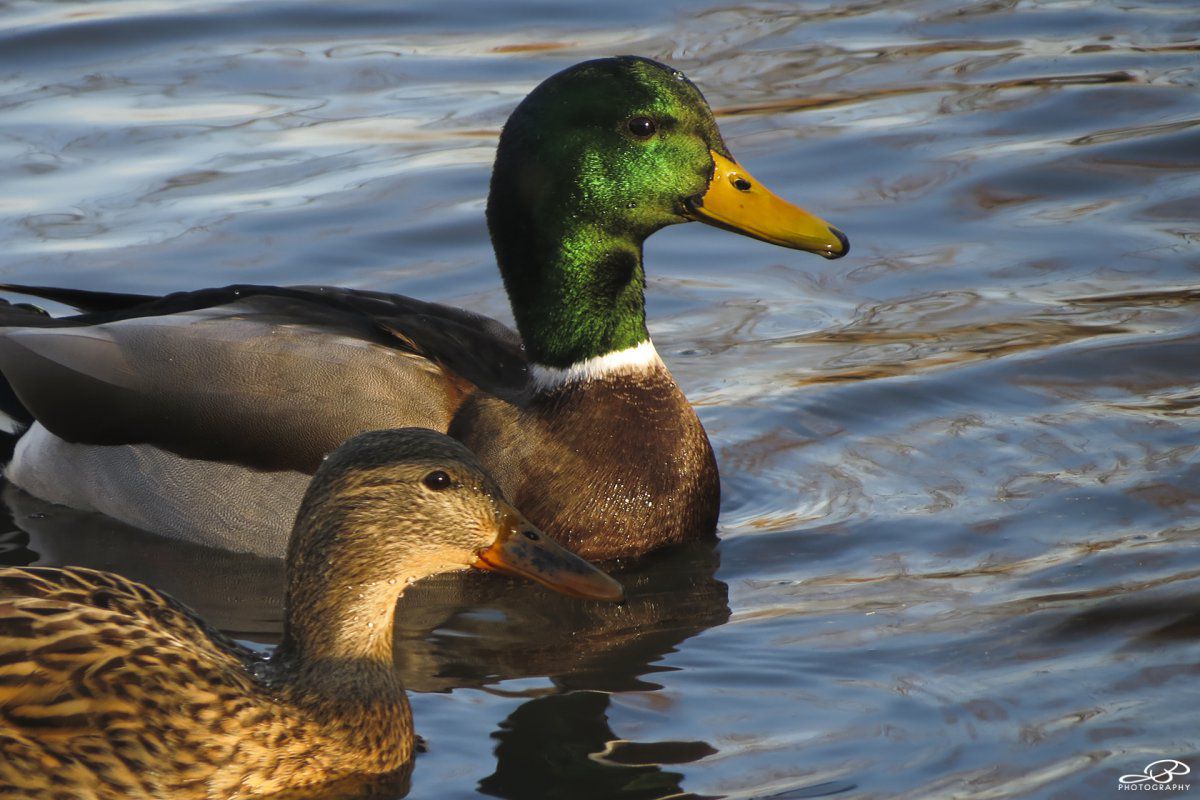 Heading out a Christmasmas afternoon, we saw like 10 turkeys at a neighbors house. Lol 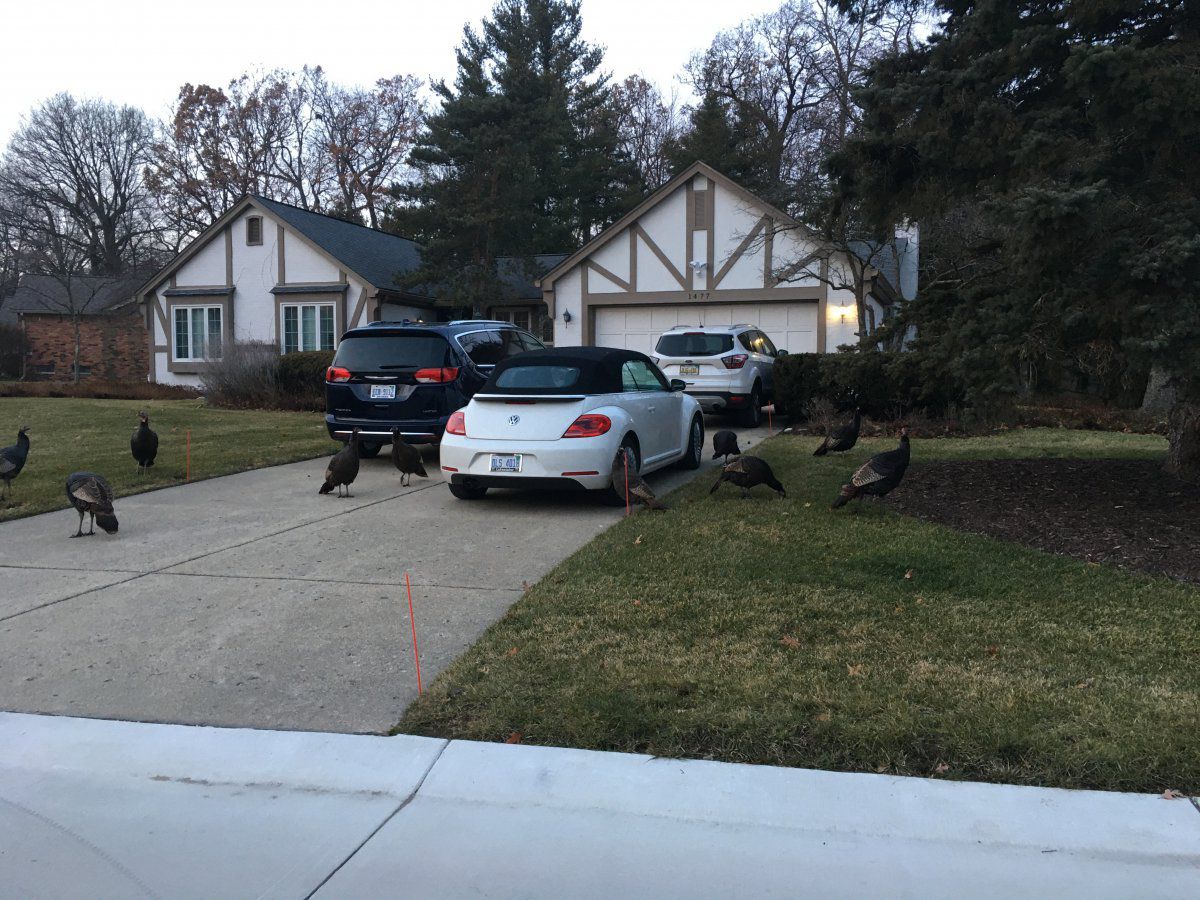 Burd said:
Heading out a Christmasmas afternoon, we saw like 10 turkeys at a neighbors house. LolView attachment 125827
Click to expand...

GBBUDD said:
Come to Connecticut and go to the State House in the morning you'll see hundreds of turkeys going to work each morning
Click to expand...

See a ton more than that in DC

Some are the Jive Turkey variety.

addy1 said:
See a ton more than that in DC
Click to expand...

With that i so want to take political correctness and throw it in the DAMN trash where it belongs and list a hole host of politicians to go along with it but FOR ONCE I'LL BE GOOD... Here at least in person sorry i don't hold back
Who knows maybe they all had a new years resolution to tell the truth!!! Wouldn't that be a concept honest politicians

Lisak1 said:
I just saw a FACEBOOK WARNING not to touch these as they can leave spines in your hands that will CAUSE A RASH! WARN YOUR KIDS! haha! We caught these as kids all the time... don't remember ever getting an ITCHY RASH that would cause me to use UPPER CASE LETTERS to warn everyone! Of course these are probably the same parents who think a mosquito bite is a death sentence, so take it with a grain of salt.
Click to expand...

There is a rule in the caterpillar world that is almost always true if it colorful stay clear . the long haired colorful buggers can put out a heck of a whalap 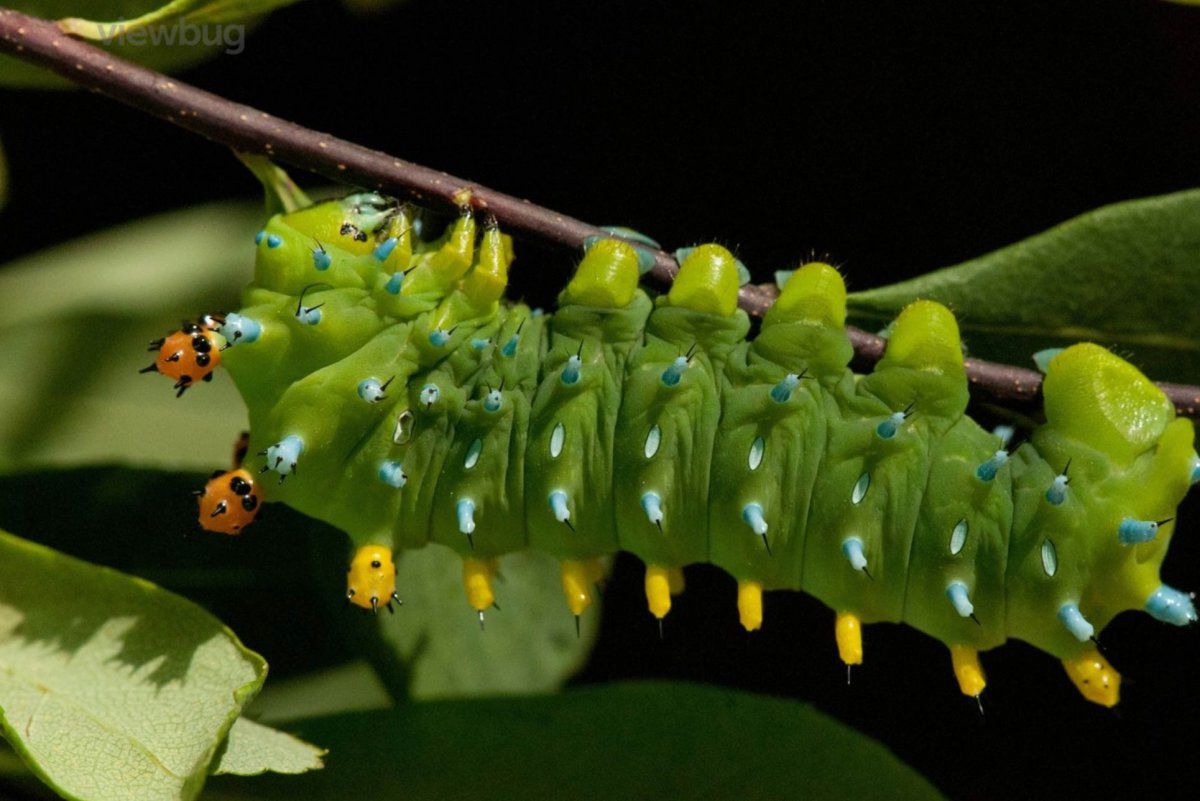 A wintry hike this morning. 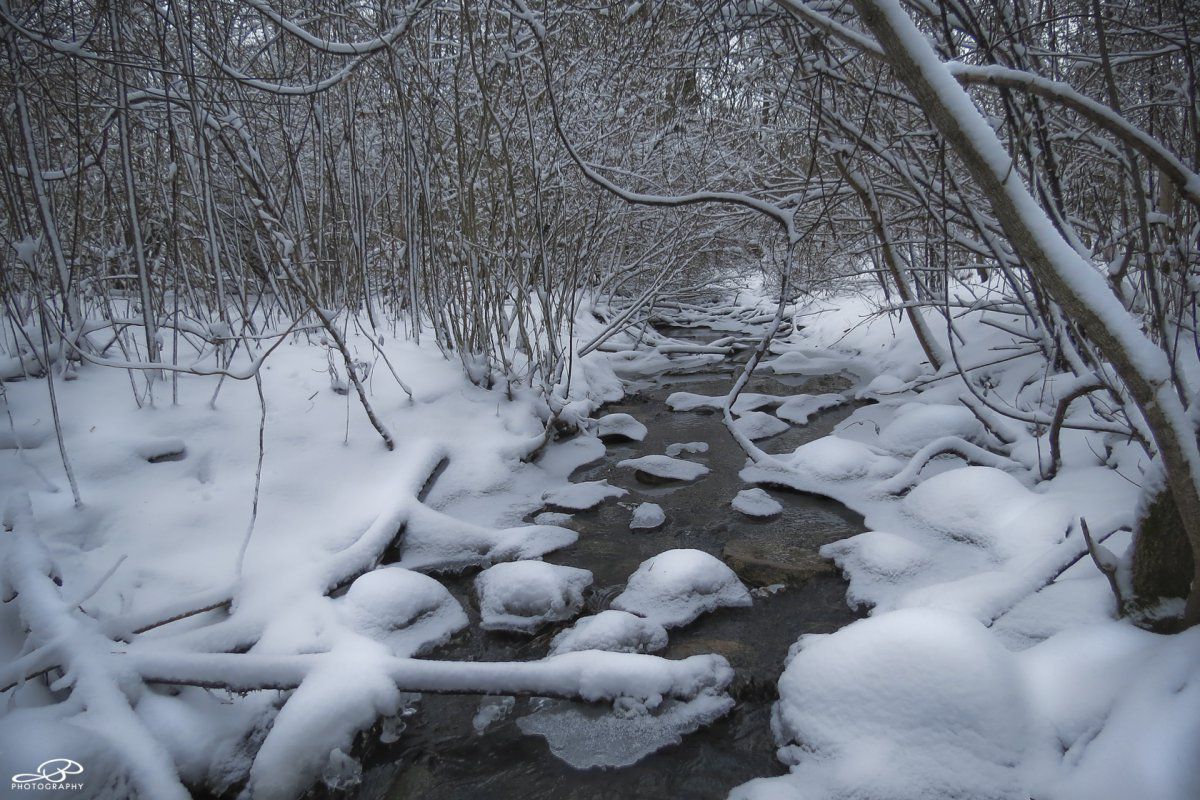 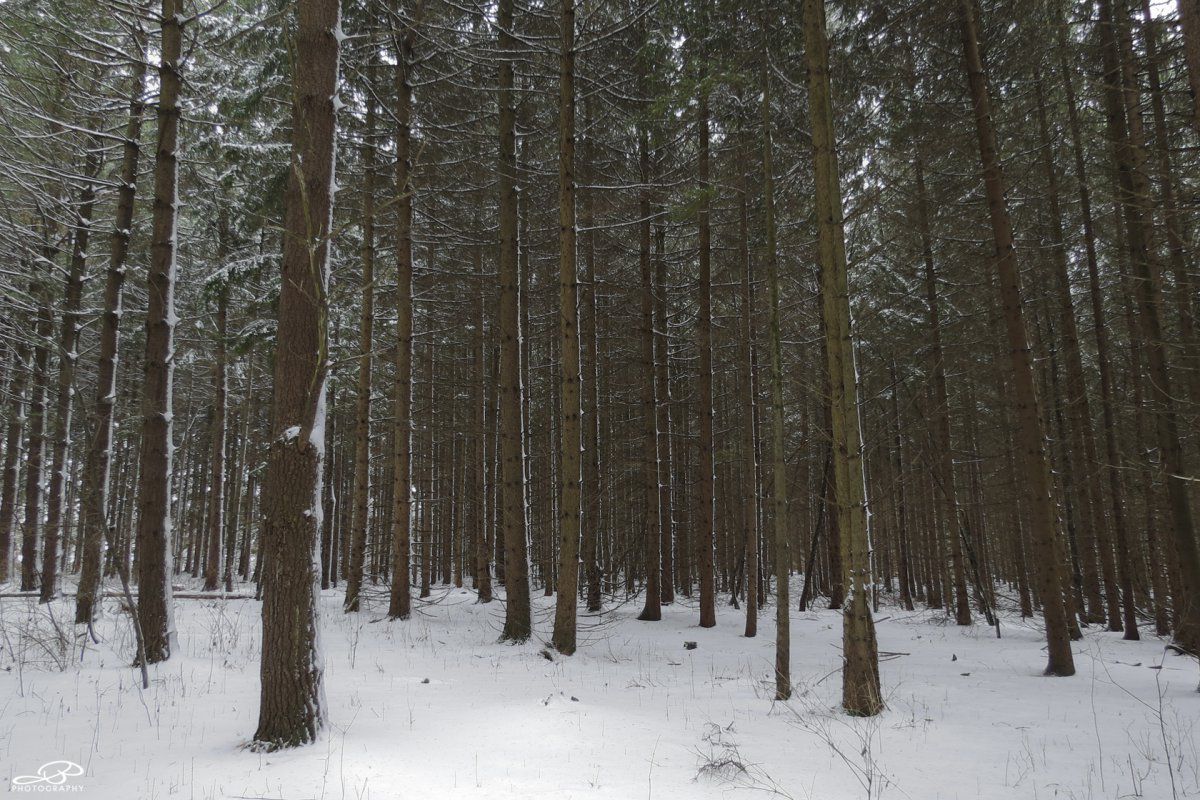 ...and a quick visit to the new prairie restoration. Just a few more months before it begins growing in its first season.

Last summer, it was announced that 46 acres of habitat along the Lamparek Ditch would be restored. It was great news. Every acre makes a difference. Yesterday, they announced the project is going to be about three times that size!

Lamparek Ditch drains the eastern half of Foxconn's property into the Pike River. Nearly the entire ditch will have habitat restored along its banks. Roughly 135 acres of restored habitat is planned. In addition, project will also include a recreational pathway that connects to the Pike River Pathway, called the Wisconn Valley Pathway. I did some measurements on Google Earth, and the path should be roughly 2.5 miles long. 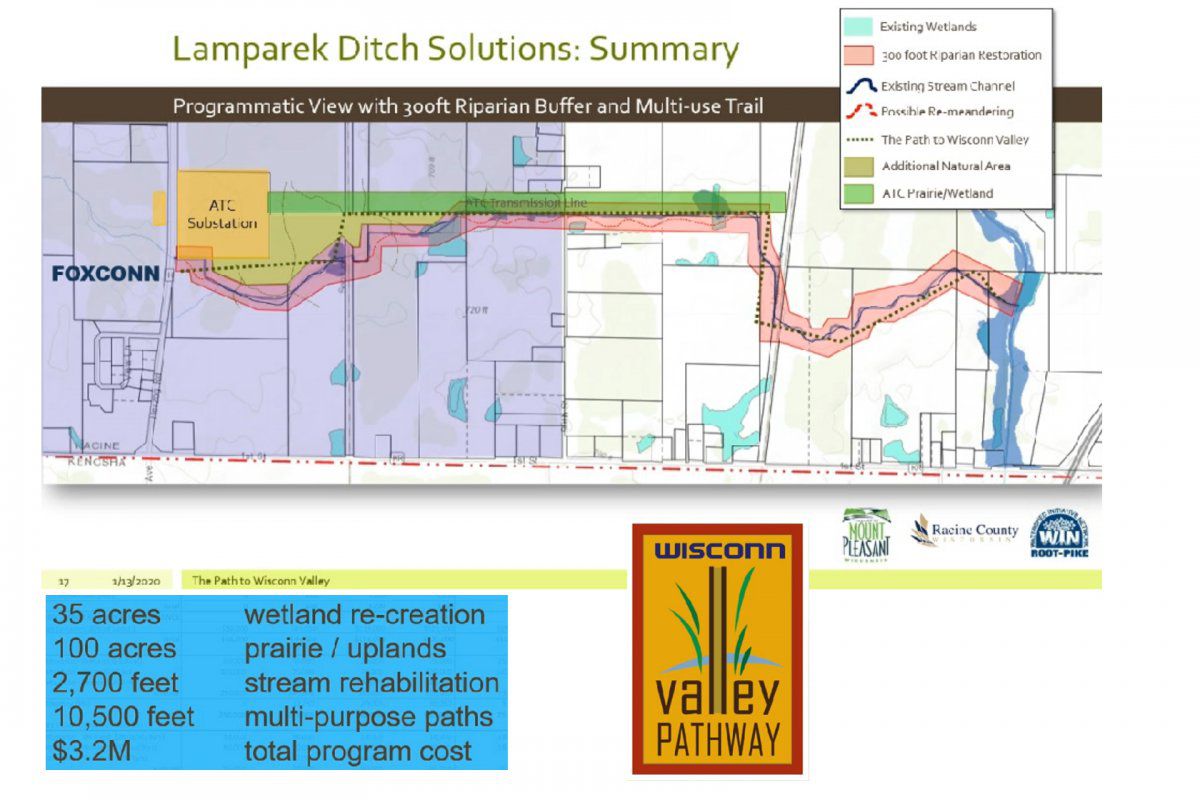 This project shares some similarities to the successful Pike River restoration and pathway, where over 300 acres of habitat were restored over the last 20 years. I'm hopeful that because of its relation to Foxconn, they'll the Lamparek Ditch project completed in a much shorter time frame, as they're trying to improve how the public views the company. I'm guessing it'll still be a few years before it's completed, though. The announcement video I watched had bad audio, so I'm sure I missed out on a ton of information.


Here's a map of the Pike River restoration (in green) and the Lamparek Ditch restoration (in yellow). Wildlife have taken advantage of the Pike River restoration, and I expect the Lamparek Ditch restoration will be a great addition for wildlife. I do wish the restoration expanded a little further away from the ditch itself. It's great that they're focusing on water quality and restoring our waterways, but it would be fantastic to see some wide open prairie before the rest of the farmland in the area gets developed. It's hard to convince the city to spend money on land that isn't directly along the river, which is understandable, but also disappointing to think that some developer is inevitably going to come along and turn it all into buildings and pavement.

Regardless, another 135 acres is going to be restored, and that's great news! 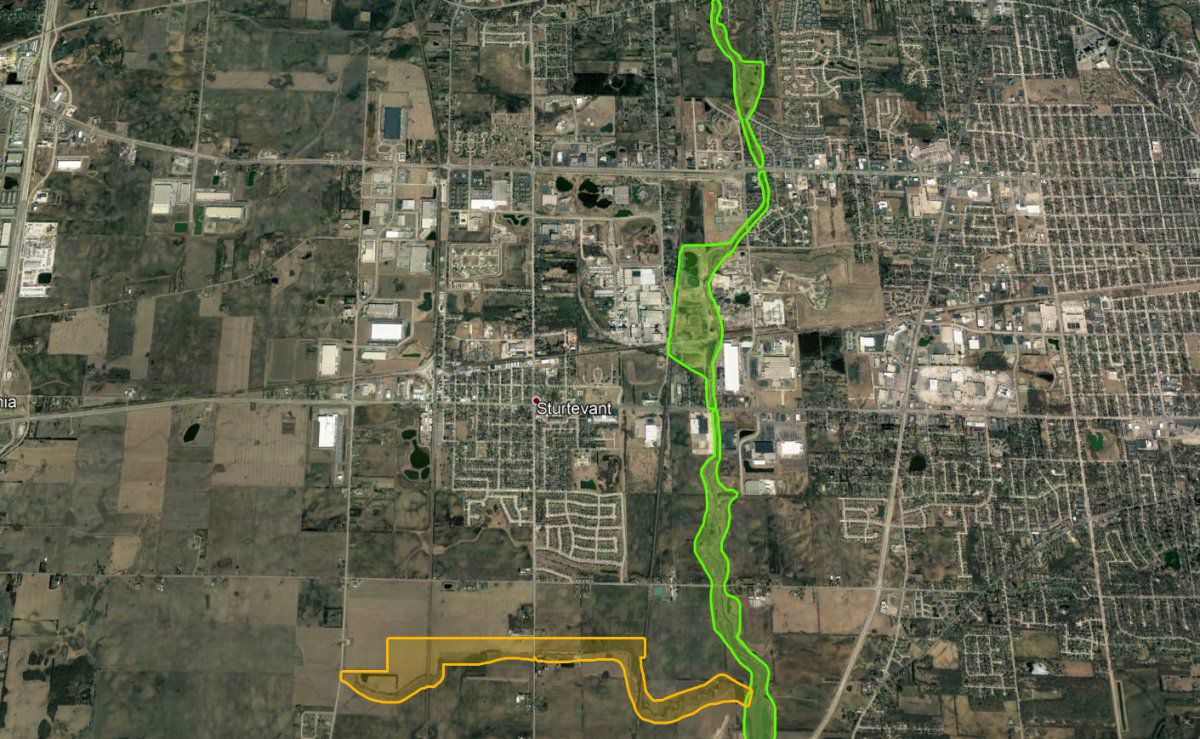 More exploring for you to do @JBtheExplorer

Let’s see before and after.
Ad

Burd said:
Let’s see before and after.
Click to expand...

Here's a photo they shared last summer shortly after they began working in the area. I personally won't be taking any "before" photos as the area is does not have access at the moment other than road crossings. I'm sure I'll be sharing plenty of "after" photos in a few years, or whenever it is that they finish it.

I also learned today that Lamparek Ditch will be renamed as Lamparek Creek.
You must log in or register to reply here.