Reptile pond/water feature on a budget in lower Alabama

Hello, I was cruising around the internet looking for information on bog filters, rock suppliers, DYI equipment...when I found this forum. I am looking to build a pond/water feature for my Asian water monitor and my black throat monitor. Currently they are both babies, nor more then 24 inches long and easily picked up but they will both eventually get pretty big.

I want to build an outdoor area, actually 2 outdoor areas, for them to use in the summertime. It is subtropical where I live and plenty warm enough for tropical lizards to live outside for 5 or 6 months of the year. The rest of the time they will be indoors, each will have it's own bedroom made into a lizard enclosure. Basically I am rich in land, 15 acres, and reptiles and poor in cash. I already have one pond, a large one with an island. It is a hole dug into the ground that filled up and is fed by spring water. There is always a few inches of water flowing through the spillway and away.

This will be my first experience of a pond that will need to be filtered and maintained. (the big pond maintains itself and is full of mosquitofish (I dumped in about 100 I purchased at the pet store, now there are thousands), frogs, turtles, cattails and whatever else decided to move in. ) rocks will be an issue, there are no rocks on my property and purchasing boulders will be expensive. I am looking at creating rocks out of concrete. (check out YouTube) and purchasing the river rock and pea gravel I will need to build the pond and wetland. Oh, I also have to cage in the pond/water feature, on all 4 sides to insure i don't loose one of my monitors.

I'm going to be doing this mostly on my own. My husband passed away on January 5th 2021. I figure if I start on the rocks now and gather materials and knowledge, in a couple of years I will be ready to start my enclosure and the water feature. I would be happy to hear any ideas, insights, DIY equipment I might build.....
Respectfully, Betty Morgan

I can think of one member here who has their pond completely screened in. I believe it was member brokensword. He did a very nice job and it's huge. It's a screened in sanctuary, exactly what you need.

As far as bog filtration, you are right on track with that. Plenty of members here with those, including myself.
I only wish I would have known about bog filtration sooner, instead of wasting money on inadequate store bought filters. Then there's all the constant work of cleaning those store bought filters. The bog is practically maintenance free and does a great job of keeping my water clear. 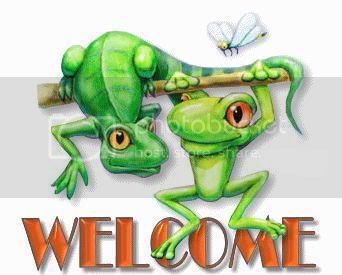 @ToadHall Betty
Sorry to hear about your husband passing.
The only lizards I ever had were the little Anole lizards.

Welcome to our forum!

Neat lizard, really neat you are making a home for them. Sorry about the loss of your husband.

Thank you for a warm welcome. Jewel is a 4th generation us captive bred and born water monitor from New England Reptile Distributors. NERD . She is a female an will stay a little smaller, but she will still become a huge lizard who can climb and dig. I'm going to have to be sure there is nothing in or around the pond that she can get caught in or hurt herself on. That was the reason I started looking at Bog filters, a water skimmer is just asking for a stuck lizard or a broken skimmer.

I'm going to have to make sure I have cement or something going down pretty deep to keep Jewel or her cousin Thunder Lizard from digging out. Not only do I live in the woods, but I'm not sure what people might do if they suddenly had a huge lizard in their front yard.

Thunder Lizard is a male black throat monitor. He will probably hit 40 or 50 pounds. He doesn't need a pond but a small pool and running stream he can drink from and play in would be really good. I'm not sure if I should build a stream and pond and somehow have them in both enclosures or just plan on two water features.

I watch NERD on YouTube! And camp Kennen, and Snake discovery, and a few others. But I don’t have lizards or snakes, just like watching them. So, from what I’ve gathered, just as a viewer of those channels, most monitors like water. I would for sure dig down and put a good layer of concrete under the soil, or something to prevent digging out. Second, with their claws, you may want to avoid using a liner as your method of waterproofing. With their claws, they just might end up playing Edward Scissorhand! I would suggest looking into something such as fiberglass, marine epoxy, or something along those lines. If you do go for a liner, go for reinforced epdm, and avoid even a hint of the pvc liners. This includes the bog, as they may decide to hide in the lush plants there. If you decide to go for epoxy, I can say I’ve used it once, and I did a vertical epoxy kit from Stonecoat Countertops. They no longer sell it as a kit, but they do carry a product that thickens regular epoxy into a spreadable paste. One gallon did a small bathroom, but I did spread it on too thick, and don’t mess with it once it’s starting to set or it can “run”. However, if you used sheets of plywood, screwed them together to form the shape of the pond, along with the bog, then coated it all in epoxy, you could make some interesting textures, embedding rock if desired, and that would provide a waterproof pond that won’t tear. You can YouTube them too, to see how to use the products, how to make it look like natural rock, exotic rock, wood,... your choice. Just a thought on that idea, it’s not guaranteed to work, and after it cures, it’s good safe, but doesn’t say anything about fish safe. It’s just something I thought about trying at some point of time myself for a turtle enclosure.
Ad

Hi, I watch those shows too, and a few others. Have you checked out Clint's Reptiles? from what I've seen and read, for reptiles one puts down cloth padding (LOL I don't recall the correct name,) really thick pond liner,another layer of padding and then covers it all with rocks and gravel. I'm planning on getting the padding, pond liner and a waterfall filter from aquascape. I'm going to make a lot of the rocks, check out making rocks from boxes on YouTube, and work through the digging as best I can, hopefully David's godkids will help a little. I'm not sure how to do the cage bottom to make sure they can't get out. I'm still looking into what others have done and how it worked out. I'm having both lizards and my Argus monitor pit tagged. My tegus are mandatory. I'm taking them in while they're small to make it easier on everyone.
Have a wonderful day
You must log in or register to reply here.