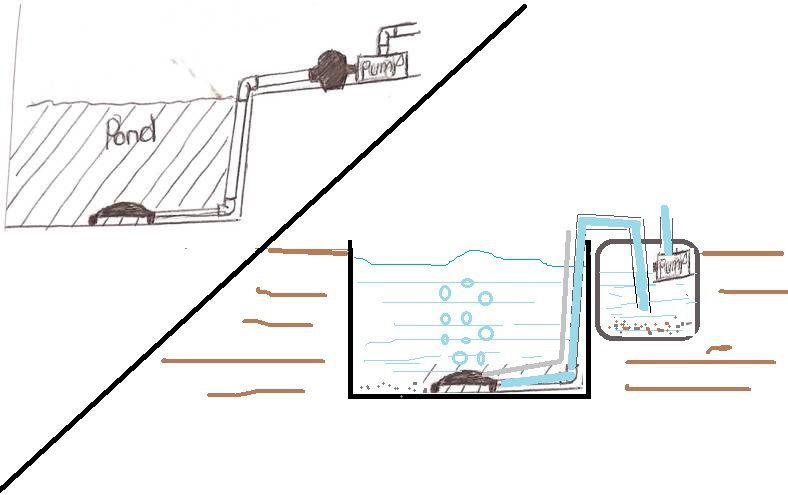 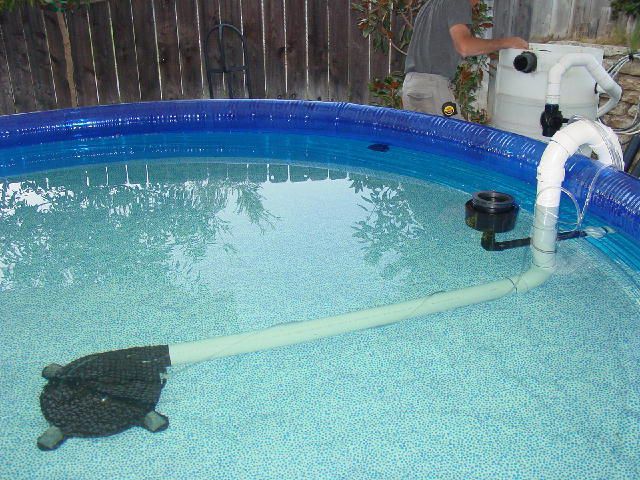 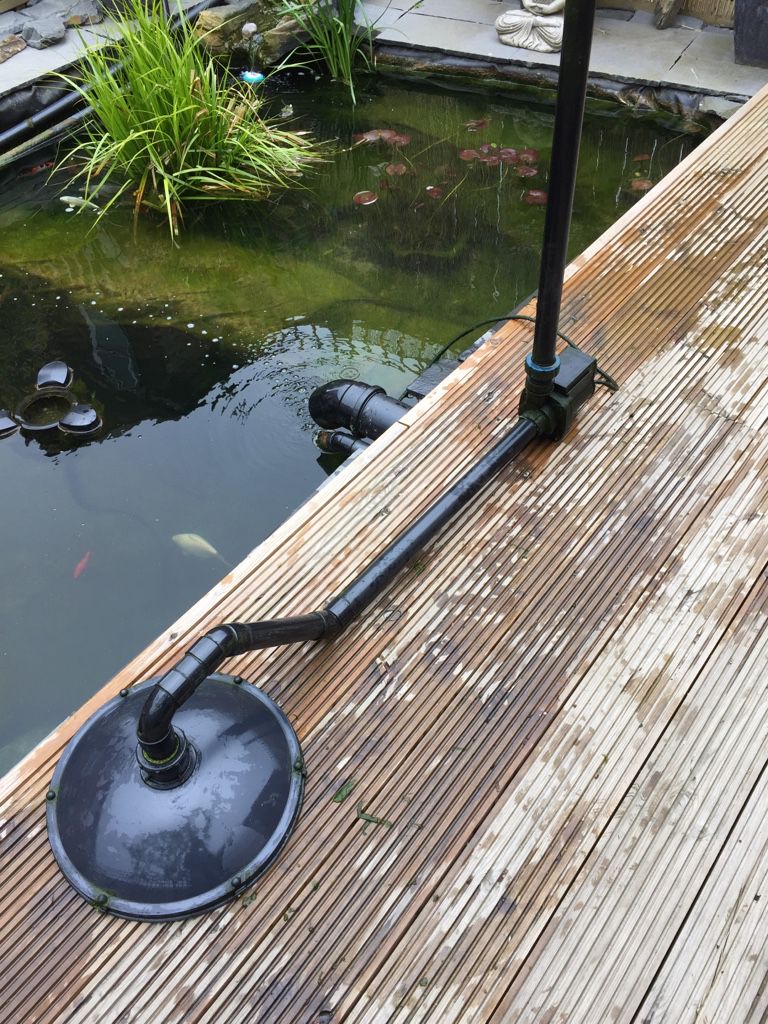 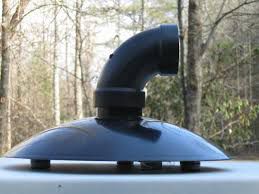 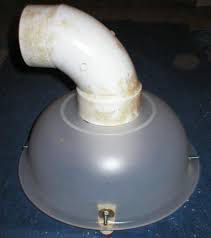 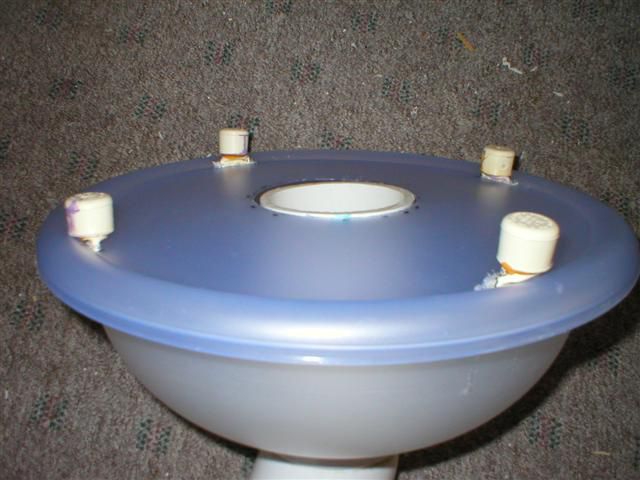 Are you planning a retro fit BD?
M

Usman, I have a suggestion. You may find solid accumulation around the pipe, that goes from the drain to your sidewall, and also those 2x 45 degree elbows are adding unnecessary friction loss (head) to your pump.

I would remove the 2x 45 degree elbows. Allow the pipe go straight to the sidewall, to where it connects to the pump. This will raise the pipe above the floor more and reduce friction loss. As shown in the first picture, be sure you are using a long sweeping 90 degree elbow wherever 90 degree elbows are applicable.
M

Usman, for more information, do research on "Solid Lifting Overflow", which best describes your second picture.

Tula said:
Are you planning a retro fit BD?
Click to expand...

for future plans , i had this design in mind i thought would share and get some more ideas/discussion , it should work same way as conventional BT as there will be syphin in the pipe it will be gravity fed . there are some ready made versions too i found out later-on
most of us want bottom drain but installing in linner is difficult and its done while constructing the pond so it can be substitute

Will you use a submersible pump, or external?
Ad

Keep in mind that, because this is a gravity fed device, the pumps flow rate can not exceed the flow rate from the BD.
M

Usman, as a quick warning, do not allow the water velocity in your drain pipe to be below 2 feet per second. A 2 ft per second velocity will prevent fish waste and small bits of algae sedimentation inside the pipe. However, this will not stop sedimentation of much heavier debris in the horizontal pipe, like small twigs. Flow rate and pipe size is what determines your water velocity.

To know your feet per second, this is a good calculator I found. http://www.1728.org/flowrate.htm. Click the "velocity" option below the "do you want to solve for". Then, fill in the appropriate fields.

This applies whether pipes are gravity or pressure fed.

This will increase the friction on the flow, but this means purging the drain line much less often.

If the bottom drain manufacturer indicates a lower flow rate is necessary below 2 feet per second, then I would ignore this recommendation.

Do not confuse flow rate with velocity. Flow rate is the amount of water flowing through a pipe in a given period of time. Velocity is the speed of the water.
M

Meyer Jordan said:
Do not confuse flow rate with velocity. Flow rate is the amount of water flowing through a pipe in a given period of time. Velocity is the speed of the water.
Click to expand...

Mr. Jordan, velocity can't exist without flow rate. Velocity is a "flow" of water in a given period of time as well.

You cannot achieve a velocity in differing pipes without mandating a flow rate in the pipe.

If you have flow, then you have velocity.
M

If impacts of velocity was better understood and the impact it has on an entire system, then I would not read so many odd recommendations. One pet peeve that has become a bother to me within the hobby pond world.

"Volumetric flow rate is the volume of a liquid that passes through a given surface per unit time. It is found from the flow velocity and the surface area of the surface through which the fluid passes."
Boundless. “Flow Rate and Velocity.” Boundless Physics

The same flow rate will have a higher velocity in a 2" pipe than it will have in a 3" pipe.
M

Meyer Jordan said:
"Volumetric flow rate is the volume of a liquid that passes through a given surface per unit time. It is found from the flow velocity and the surface area of the surface through which the fluid passes."
Boundless. “Flow Rate and Velocity.” Boundless Physics

The same flow rate will have a higher velocity in a 2" pipe than it will have in a 3" pipe.
Click to expand...

I agree and nothing I wrote disputes this and your text reinforces what I wrote. You can not have velocity without flow and vice versa.

Both are expressed in units of time. One is simply volume and other is size.

I challenge you to computate the velocity of water without using flow, and vice versa.

I never suggested they are similar physical quantities, but they are mutually exclusive expressions in a given period of time.

You are shifting the conversation now away from the bottom drain to prove your point.

The manufacturer defines the "size of the river" with its suction inlet.

You are creating an argument here that should not exist. I am not here to argue nor to defend myself, which seems to be what you want.

The bottom drain manufacturer provides the pipe inlet specifications (I.e., size of river). We do not need to know the exact product to know this, it is a given.

Drain inlet specifications can not be changed without significantly altering the bottom drain product construction itself.

Either the flow rate must be increased or a reduced pipe size is connected to the drain.

Reducing the pipe size by a 1/2 inch or 1 inch to increase the velocity will likely increase friction tremendously more than simply increasing flow rate.

This is my last post until there is further inquiry for information on this subject that would benefit Usman.

Just clarifying a point of definitions in case @Usman is unaware of the difference. I think anyone would appreciate that. No argument.
M

Lots of conversations take place here @Mitakuye that take us in all sorts of directions, with no intent to argue - like a conversation between friends. We all ask questions and share ideas. This is a great learning space. But if you expect to post information and not get feedback, this is probably not going to suit you. We are a lively bunch!