Using an inflatable pool as a holding pond during maintenance

Lisak1 said:
Really? I've never worried about it. I figure if there's live current, the fish would show signs of it.
Click to expand...

Dead fish in the pond, obviously that's a red flag not to wade on in there without figuring out the cause or at a minimum, turn off the pump. But life is not always going to give you signs like that. What happens if the pump shorts out while you are in it?

Ounce of prevention, pound of cure. All of the above...

After all, how often are you in your pond? I don't plan on being there often enough where pulling a plug is going to be an issue.

This is fresh on my mind since we just learned of at least two tragic incidents in the news, both involving young teen girls who drown due to electrocution in water. In one instance, a young teen girl was taking a bath and reached for her cell phone which was plugged into a charger cable connected to the wall outlet. She dropped the phone, it fell into the water and she died instantly.

In another instance, in my state, a young teen girl was going to go for a swim at her parent's lake house, as she climbed down the ladder into the water, she had no idea that a tiny wire nut connecting the dock lights had come loose and was dangling in the water inches from the ladder. The result was there was a live electric field in the water surrounding the dock. Her muscles seized as soon as she stepped into the electrified water and she drown.
Last edited: Aug 1, 2017
Ad

I'm in my pond every other week in the summer, at least. Plus I'm in the rain exchange almost every day, so unplugging would be kind of a pain. I don't know - I think a pump that's designed to be submerged is totally different than using an electrical device in the bathtub. I read the statement her parents put out that they wanted people to be aware that water and electricity don't mix - don't get me wrong, it's a tragic situation. But any parent who didn't have the knowledge to tell a child that was not OK must not be paying attention. But the woman I heard (grandma or stepmom - can't remember) said they all did it - sat in the tub with the phone plugged into the extension cord to play games on their phones while soaking in the tub. Not safe.

This weekend, I'm planning on trying to find and fix my remaining corner fold leak issues. My plan is to try filling the pool to max and then squirt some food coloring in the remaining 3 corners one at a time until I can eliminate any corners from being the source of the leaks.

Once I've isolated the leaky areas, my initial plan is to drain the water out using the Intex inflatable pool as a holding tank like before. After insuring the corner folds are above the water line, I need to fix them in place with underwater tape - the stuff the local aquatic center stocks is near useless - I applied it to the dry liner after prepping the liner with PVC primer - they recommended using gasoline but I was wary of doing that vs the PVC primer - perhaps that was the difference, I'm not certain.

As an option to having to drain the pond (now that I have a half dozen fish in it), I'm looking at various "Underwater Tape" products to determine if I can seal up the corner folds by applying underwater tape.

What are your experiences with underwater tape like FlexSeal and "Versa Tape" and others? 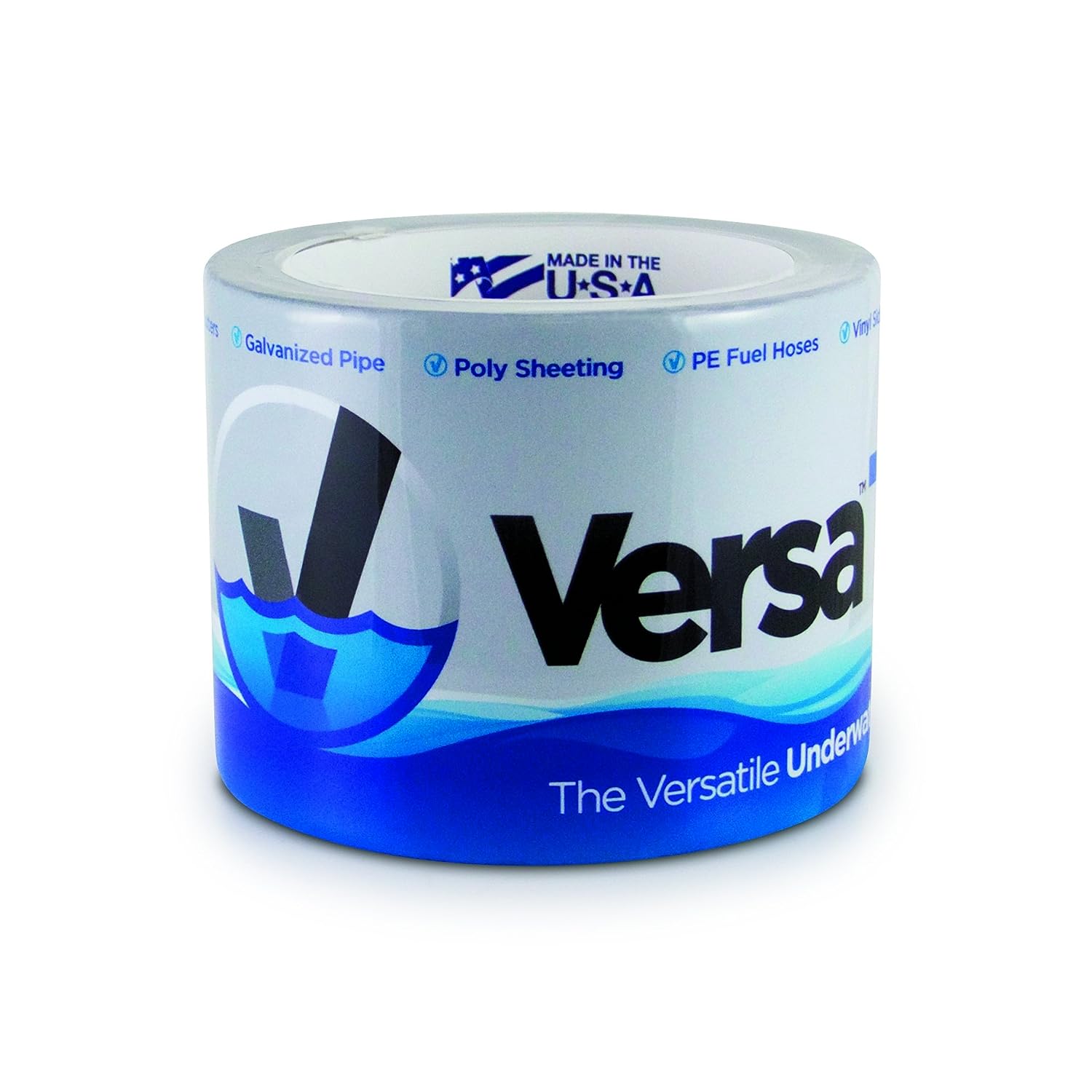