Can't believe they are installing gutters on the house across the street! Split foyer with attached garage and covered with 4 1/2"s of snow! That's dedication or they are being paid really well.
Ad

Went to tractor supply spent 250 getting food for the birds, the deer, the squirrels, the what ever wanders through! I ran out of bird seed they are going through almost 40 lbs in a little over a week. Think every bird in the area is visiting my feeders.

I’ve spent a good portion of the day considering how to make the property self sufficient so if we hit a financial low like this again, we will be good, not just getting by.
Things like a garden are given. Chickens are an option, if I can build a weasel proof coop. I was researching cows. Holy crud! 1500-2000 for a single 7 month old highland cow, which is more than I spent on my car! Next step is fencing costs, as most of the fence around this property is old and shot. So I’m thinking I need to fence all around the property, put in a gate at the end of the drive, then divide it into east, west, and home sections. With 10 acres, we can do one or two cows easy. so I’m thinking I build a shed, which will later become my milking shed, close to the house. get a cow as young as I can, raise her up as my lawn mower pet the first year and a half, she sleeps safe from the coyotes bobcat, maybe cougar. I tame her to the point she’s halter broke, used to being brushed and touched all over, then once she’s old enough, we breed her, maybe artificially. the calf if male is turned into a steer and raised as meat. If female, we raise her up as a pet too, but first female will get milked, and as they produce 1-2 gallons daily when milked, that’s enough to last us a week, the other 6 days would be butter, and learning to make cheese. They live 20 odd years, producing 15-18 calves during that time, have lean tender meat, and if just grass fed, have lower cholesterol in their meat than even chicken. Win-win for us. But first comes the expensive parts. Hmmm, step son wants to get into all this home steading stuff, he can start with that part! He’s still in Missouri for medical appointments, it’s dragging out, partially due to weather. Otherwise I’d be bouncing these ideas off him too.
Sigh, anyone have a spare winning lottery ticket?!!!!
Had to edit, I made a paragraph long sentence.

lol well it was a interesting read. I would not be able to raise cows and then eat them.................just like I can't shoot the tons of deer in our back yard. Such a darn softy!
The opossum came by last night and munched on the seed block I put out.

Chickens are for eggs, I’d get my sister to lend a hand if we needed to cull some. As for cows, until we learn how, and have the set up for it, we will call a processor, who comes out and does it, then charges a set fee based on weight.

So like our luck, the outlet in the well house went kaput, the door was somehow open, pipes froze up. No water to make Coffee! We did have a sink or two set to drip, but apparently Lady Luck said no.

I love my husband. He fixed the problem, the heater was messing up, not the outlet.when we have electric issues, we send him
Ad

Pipes must not have froze much, mom showed up with gallons of water, Brian made a fresh pot of coffee, then while talking with mom, it started coming back, then my god, we’ve got better water pressure than we’ve had in a long time! I’m presuming ice removed some limescale. Oh and the storm that was supposed to start last night never arrived, and is now not expected to dump so much snow. So looks like Lady Luck doesn’t hate us, just testing us! 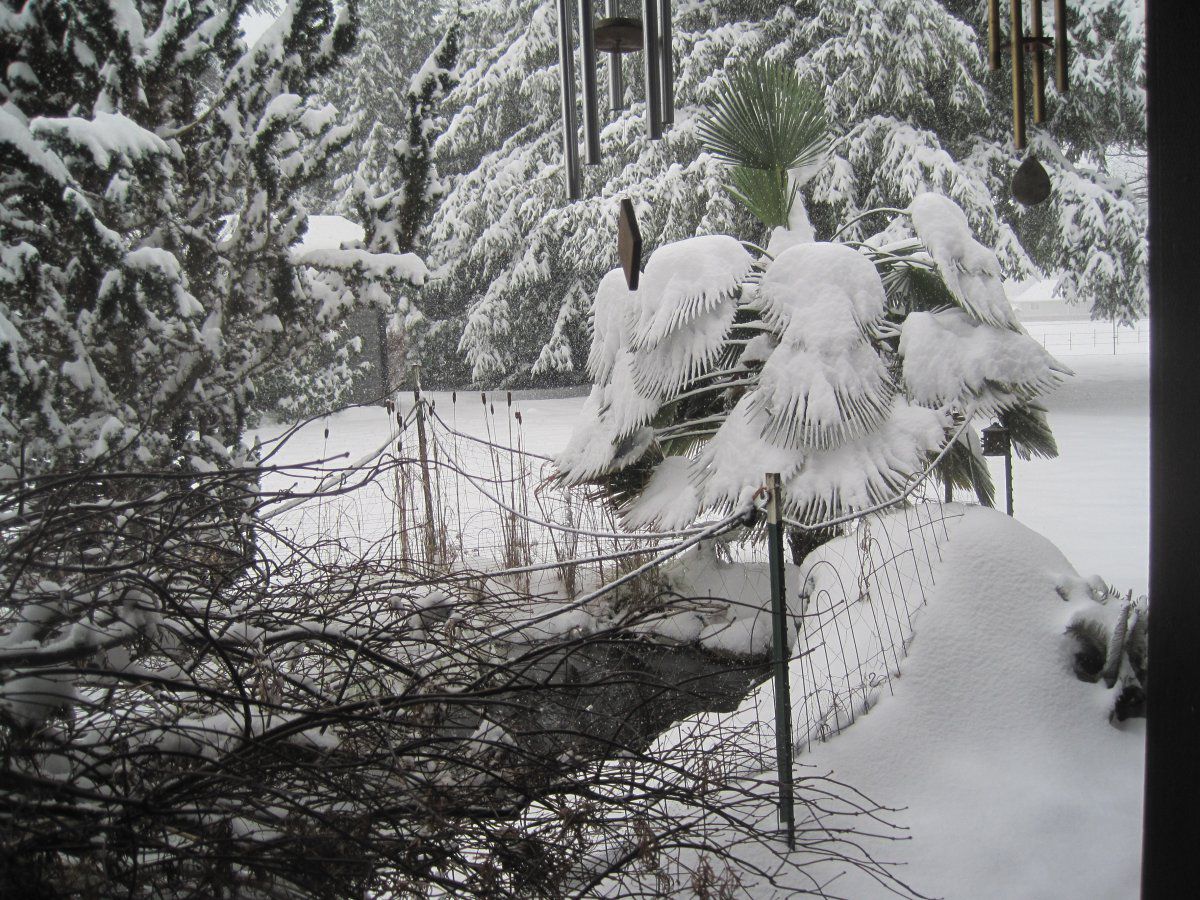 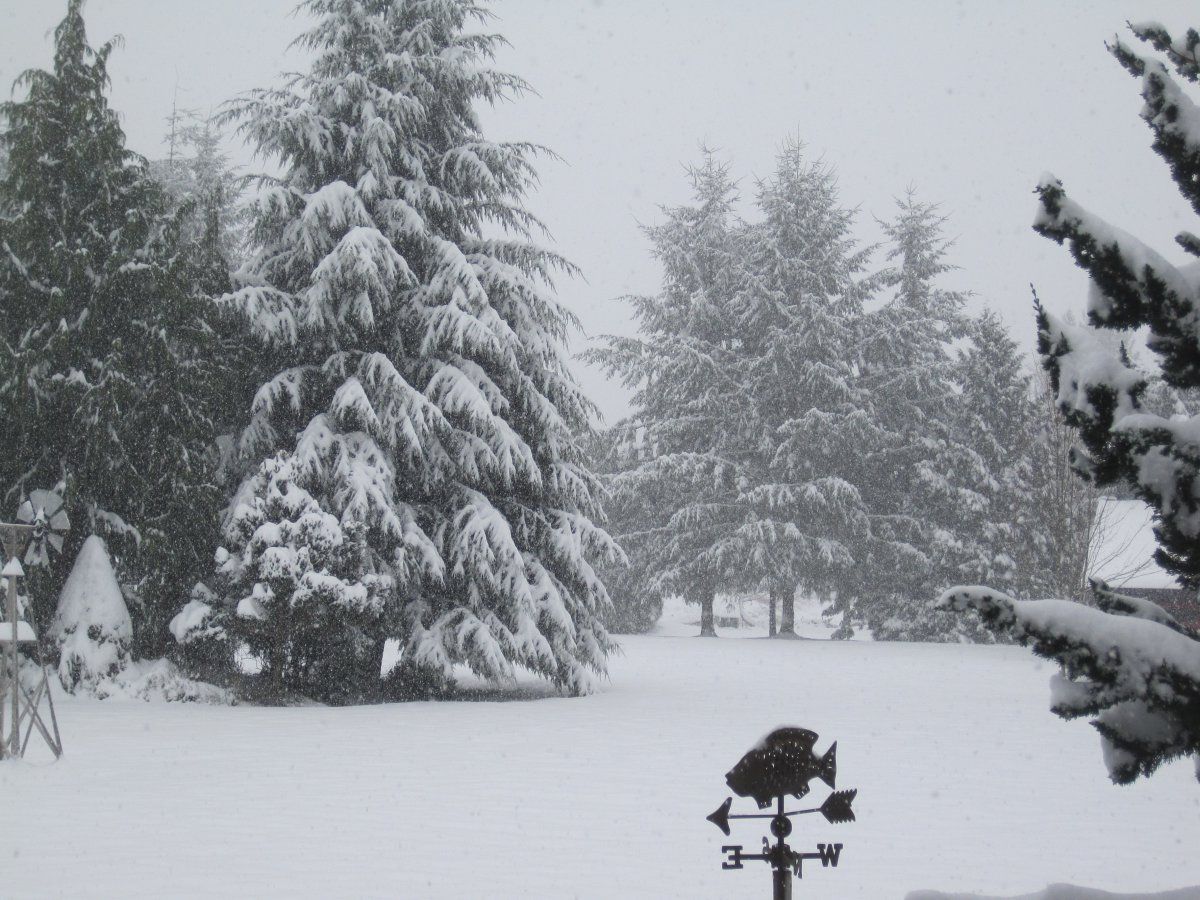 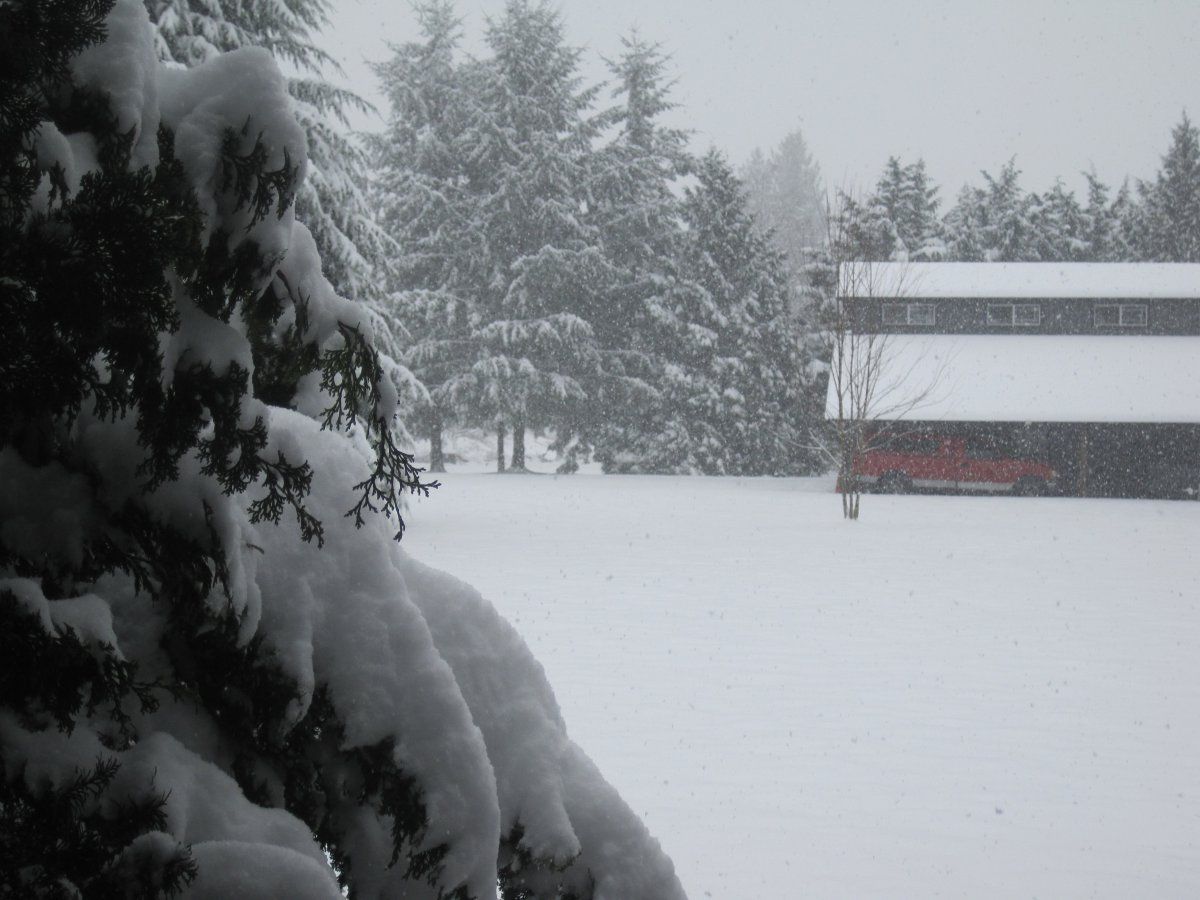 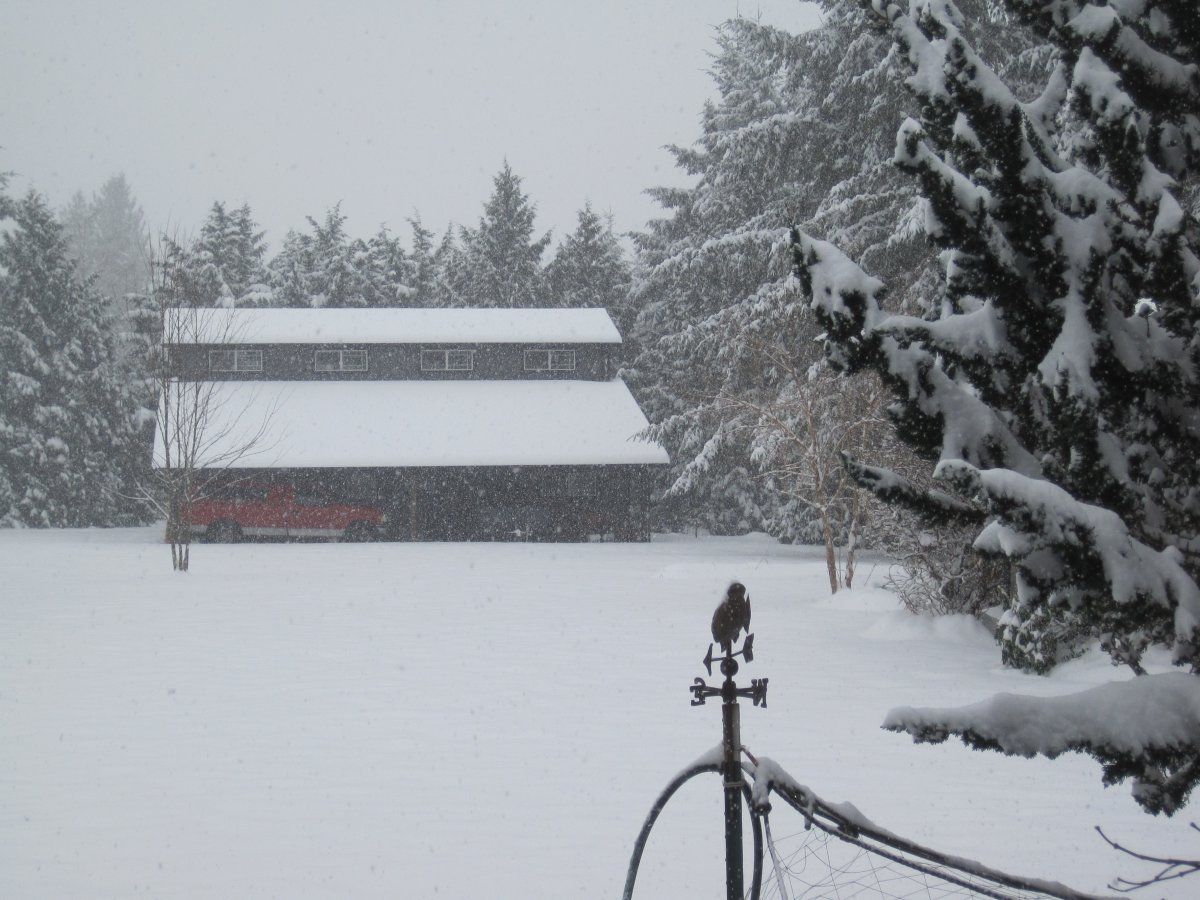 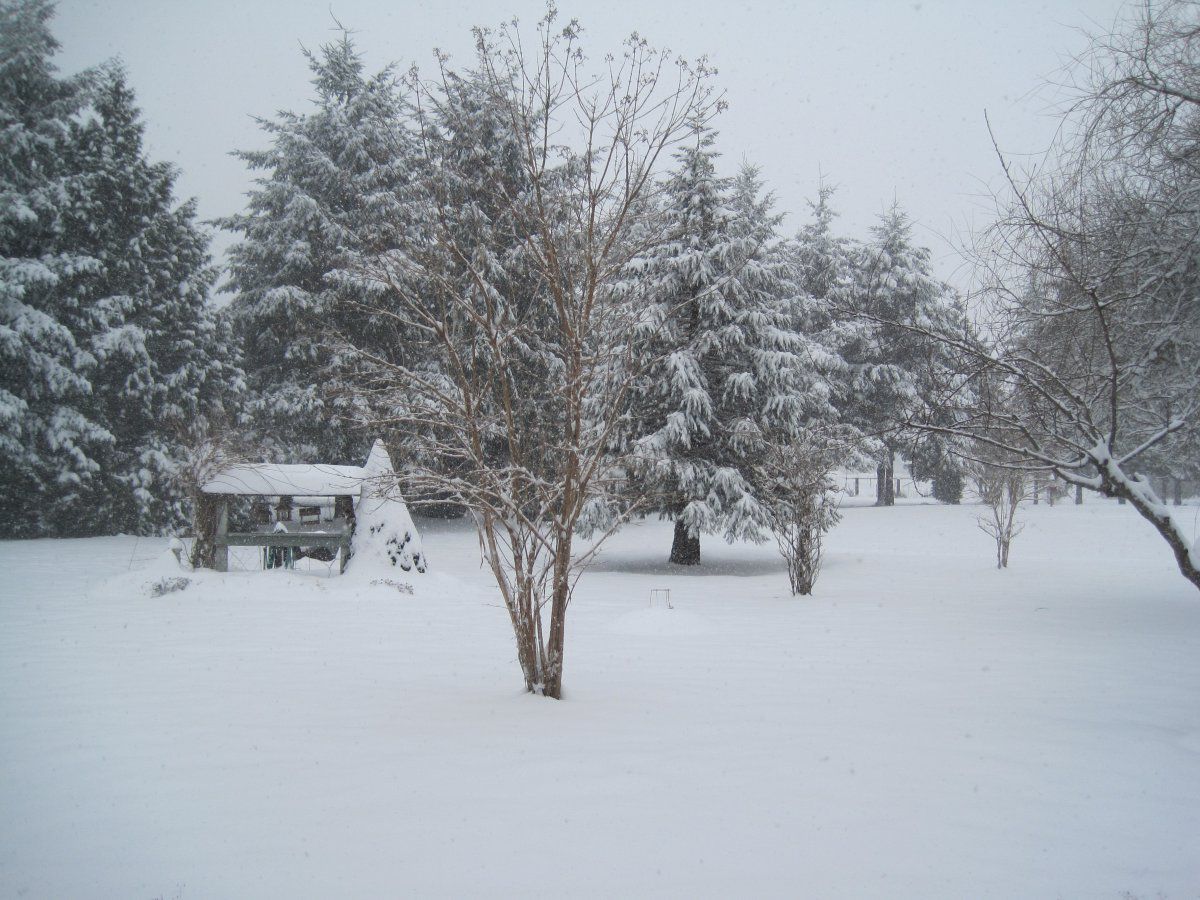 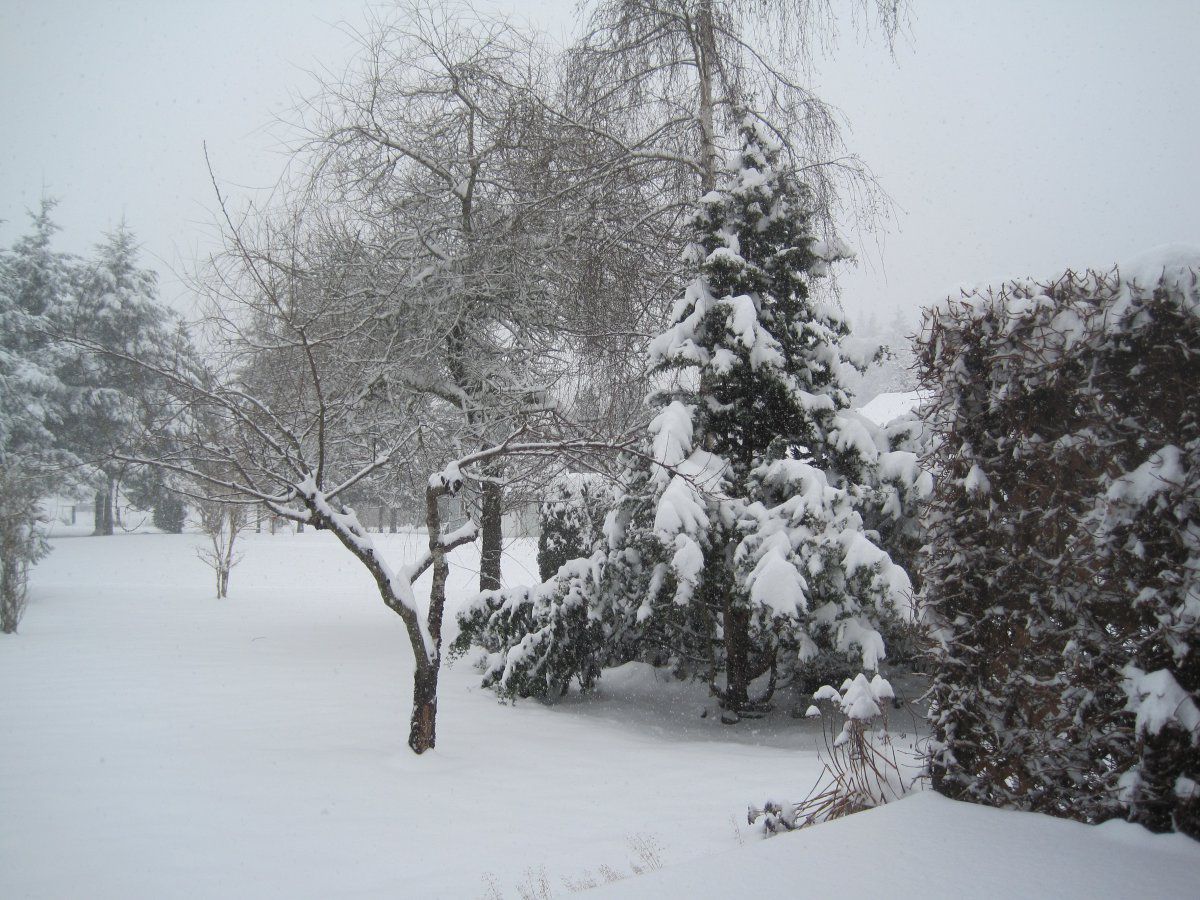 We did end up bursting a pipe, floods the well house, luckily it was caught, the pipe was cut out and dad was able to do a quick fix on it. I’ll probably be replacing the heater we use in there, I’ve got one of the back up heaters in there now.

So while looking for things we needed, I found a mouse hot spot. Went up to start getting it at least half way cleaned, and start a bit of the purge, got dad to come up and say that no, these aren’t things he cares about( maybe collectibles, don’t know, but I said offer them to the sisters of my late step mom) then he went and laid down. I got the mouse shredded debris cleaned up, still need to vacuum, wash the bedding that was tossed in there by one of the boys, ( which explains why they never brought sheets down to wash) and then I need to sort through the clothes I found up there, get it to the ones it belongs to,... So now I’m working on organizing the upstairs hall. Had to take a break and take allergy meds. Finding stuff from pretty much every one who’s lived up there, some of which have been gone over a year.

Boys love to toss stuff anywhere, both the boys I have married have that same issue! Then you hear honey do you know where xxxx is?
Ad

Yeah, I plan to work on that today.
Dogs woke me. Jess is now banished from inside at night, she got into the trash and ate my can of fish food. That one was low so I have a back up, but I hate being woke up to find trash across the house. Let her out after a butt sparking, we are at 2 inches and more coming down. Making coffee now, my brain will function shortly!

Got to love dogs with some of the issues they can get in. Same with cats lol

Yeah, she’s got a few bad habits. Sucks to be her, she shed most of her under coat due to being in with feeding her pups, but now she will have to cuddle with the dogs at night. We have a heat light on the side porch, if any of them use it, I’ve only seen pups there, and only when it’s very windy.

Get one of those plug in heated beds, a neighbor has a lil house and a warmed pad for a feral cat they sort of adopted.

I don’t know where to get one big enough! More like a queen size electric blanket would be needed here. The cats and dogs cuddle together.
Ad

Right now I just made pumpkin bread, used part of that batter mixed with pancake batter, making a subtly flavored pancakes, to be followed by frying eggs, of which the critters will get a little each. Might add peanut butter to the dogs food, just a little extra on a cold day.

Watching the Daytona 500. Big crash on lap 14. Tons of cars damaged or wrecked. Now there's a storm moving in so it's currently red flagged.

JBtheExplorer said:
Watching the Daytona 500. Big crash on lap 14. Tons of cars damaged or wrecked. Now there's a storm moving in so it's currently red flagged.
Click to expand...

Watched the truck and xfinity races. How are they replacing that grass so fast? Looks like the usual Daytona
You must log in or register to reply here.